Breaking Down the $10M “Cabin in the Woods” Lawsuit

An exercise in objectivity.

Cabin in the Woods is more than just the most critically and financially successful horror movie of 2012, it’s one of the best genre films of the 21st Century. The creative upending of stereotypical horror tropes was a triumph for writers Joss Whedon and Drew Goddard (Goddard also directed), catapulting them to the forefront of Hollywood prominence and making them heroes of horror and sci-fi fans around the world. Which is why news of a $10M copyright infringement lawsuit being leveled against the duo was so jarring.

In the lawsuit filed Monday April 13, author Peter Gallagher makes a series of accusations that amount to plagiarism, alleging Whedon and Goddard illegally appropriated significant aspects of his self-published novel, Little White Trip: A Night in the Pines into Cabin in the Woods. Since news hit the internet, both Gallagher and Whedon/Goddard have been subjects of intense speculation, as millions play cyber-detectives, cyber-lawyers, and cyber-judges. But instead of jumping to any reflexive conclusions, it’s necessary to give Gallagher’s assertions some objective examination. 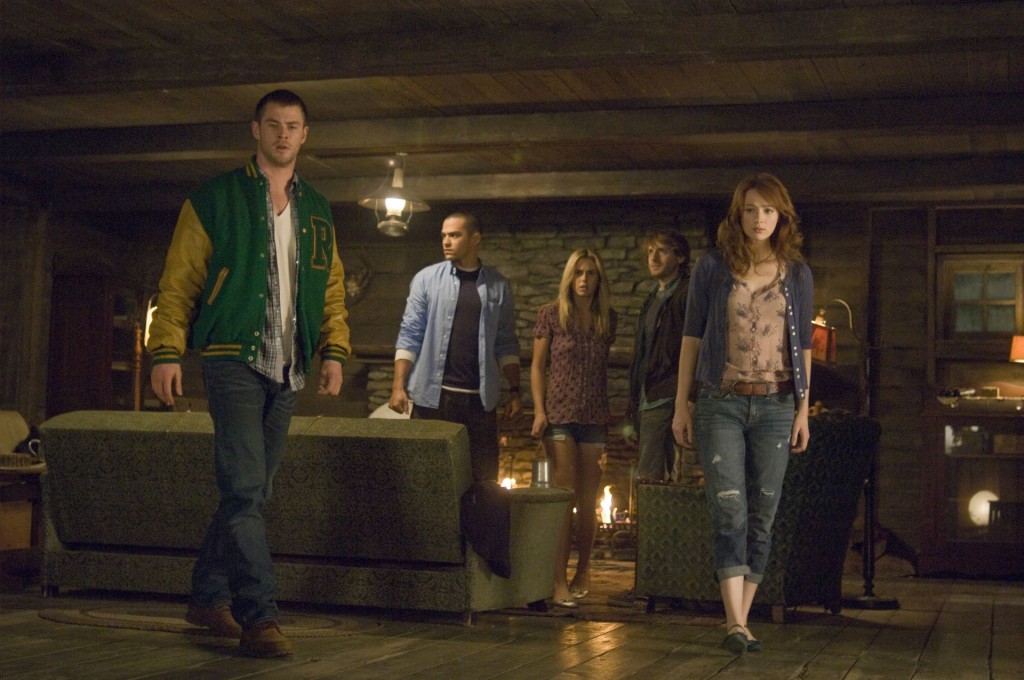 Gallagher’s complaint can be read in its entirety: HERE, but rather than wading through pages of Legal-ese, it’s only necessary to review the primary accusations to get a good handle on the author’s allegations; he claims, most significantly, that Cabin in the Woods “borrows heavily” from his novel, bears “striking similarities”, and is ultimately “virtually identical”. The complaint sites no fewer than 25 instances of the infringement of theme, dialog, sequences of events, and even names. While Gallagher has never met Whedon or Goddard, he claims to have sold “thousands” of copies of his novel on the streets of Southern California, including areas of Venice, Hollywood, and Santa Monica; Joss Whedon lived in Santa Monica during this period.

While claims that Cabin in the Woods “borrows heavily” and/or bears “striking similarities” to A Night in the Pines are definitely worthy of examination, Gallagher’s claims of “virtually identical” aspects is clearly an overstatement—one that could sink his entire case. Fellows, what happens when your girlfriend says she’s told you “a thousand times” to put the toilet seat down? You roll your eyes! Sure, you acknowledge that she’s told you a few times, but nowhere near a thousand. The problem with making such an extreme exaggeration is that it throws all your claims into doubt. 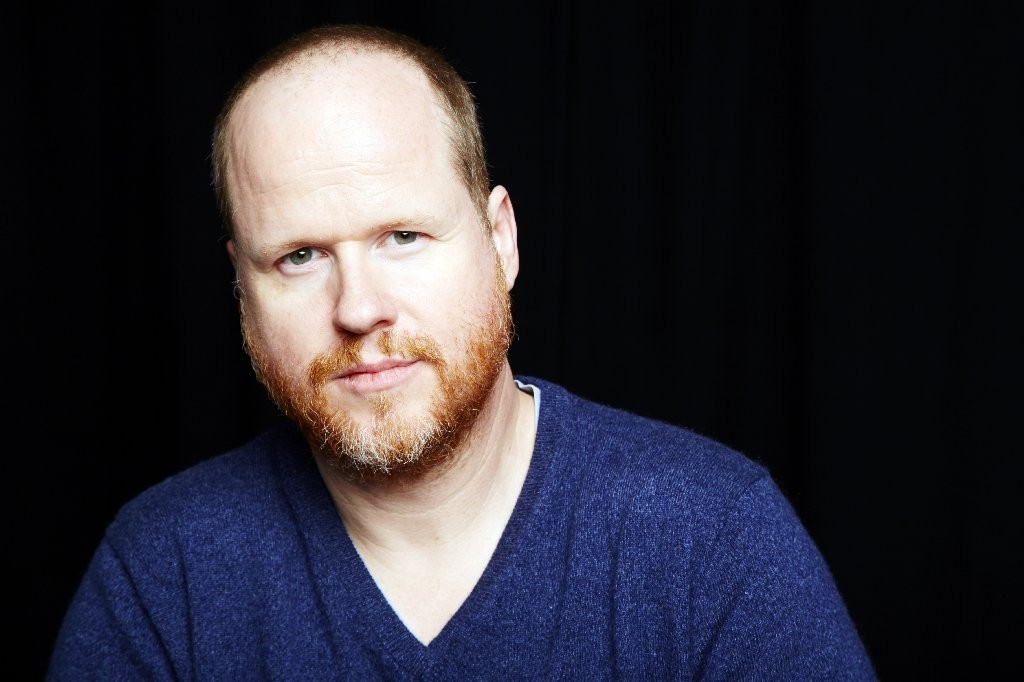 Scenes in Alfred Hitchcock’s Psycho (1960) are “virtually identical” to scenes in Gus Van Sant’s 1998 remake—by careful design; creating a “virtually identical” copy of anything is difficult. But comparing a written story to a movie makes the claim almost outlandish. The written word, by nature, is open to vast interpretations; aspects of Cabin may seem virtually identical to Gallagher, but it’s not something that’s obvious to an objective outside observer. 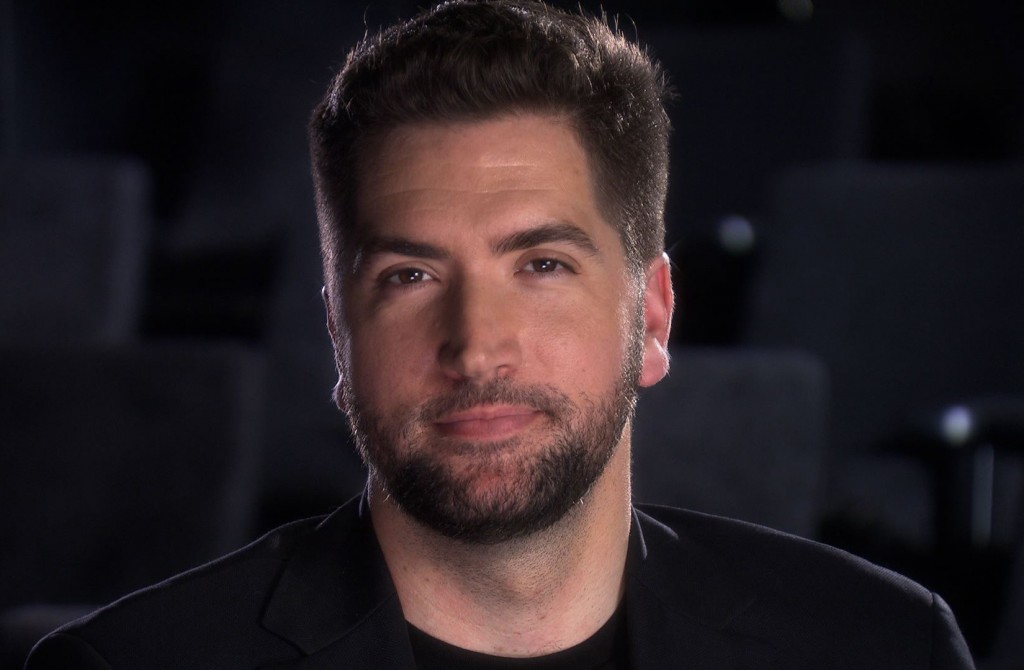 The complaint points out that both Cabin and Pines feature a group of 5 20-something’s, each consisting of 3 men and 2 women. While this is an undeniable similarity, there are at the very least many hundreds of horror movies (especially slashers) that feature this exact (or strikingly similar) character configuration. It’s a standard trope.

Pines tells the story of a group of kids who retreat to a cabin (in the woods) where they are beset upon by supernatural forces; it is eventually revealed that the characters are being manipulated by a third party and are being filmed for the entertainment of others. While aspects of this story are indeed similar, reasons besides copyright infringement are far more likely explanations. Both films draw on a popular horror subgenre (in both film and literature): The remote cabin in the woods, of course! It’s a popular motif that was firmly established by The Evil Dead in 1980. It’s much more conceivable that Cabin and Pines similarities’ stem from the fact that they both draw from the same well-source of inspiration. Quite frankly, Cabin’s primary premise may be far from unique, but Gallagher’s Pines’ is no more original. 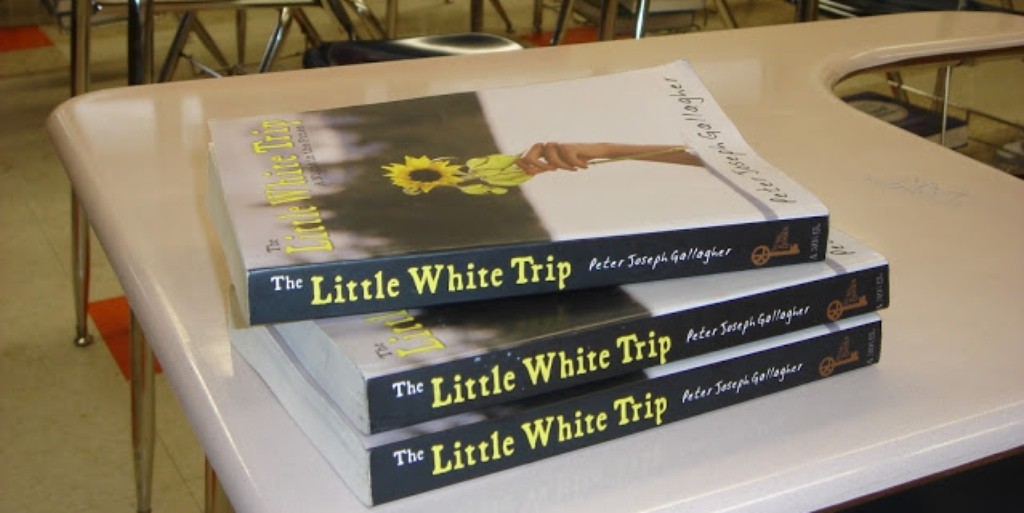 As for the fact that both Cabin and Pines feature a group being manipulated by a third party, this similarity can also be traced to the influences of seminal horror films that came years before either work existed. 1986’s April Fool’s Day hinged on the twist that chaotic, violence events were actually staged. Other films with this same premise include: The Game, Flight Plan, and the Twilight Zone Episode Monsters Are Due on Maple Street (1960). These are the first examples that came off the top of my head; I’m sure you can thing of others.

As for the fact that Pines hinges on a twist that involves the group being filmed for entertainment, this actually seems like more of a difference than a similarity. Not only are there other examples of this trope in previous horror movies and literature (like My Little Eye and countless other found-footage feature) this is actually a far different twist than the final reveal of Cabin, which deals with an underground organization working on behalf of pre-pagan gods—and no filming.

As for 25 examples of infringement, again, I believe Gallagher’s unique perspective clouds his objectivity. Try this exercise: Make a list of 25 similarities between Friday the 13th and A Nightmare on Elm Street. I’ll get you started:

My point is, it’s not that difficult to find abundant similarities between films in a similar genre. Nightmare on Elm Street isn’t infringing on Friday the 13th; actually both films draw on tropes established by John Carpenter’s Halloween (who borrowed aspects from The Town the Dreaded Sundown, etc…). The fact that the female characters in Pines and Cabin have very similar names might make Gallagher’s claims possible, but taken in consideration with his other misguided complaints, they seem unlikely.

Ultimately, this comes down to weighing possibility against probability, and the deeper we delved, the more Gallagher’s case weakens. Joss Whedon may have lived in Los Angeles neighborhoods where Gallagher hocked his books, but so did hundreds of thousands of other people. We can all agree that similarities exist between Cabin and Pines, just like similarities exist between many others films, combining into the totality of cinema—a vast source of inspiration for thousands of writers.

Not to mention the fact that Cabin in the Woods plays with many known horror tropes on purpose, as a means of both satire and tribute. 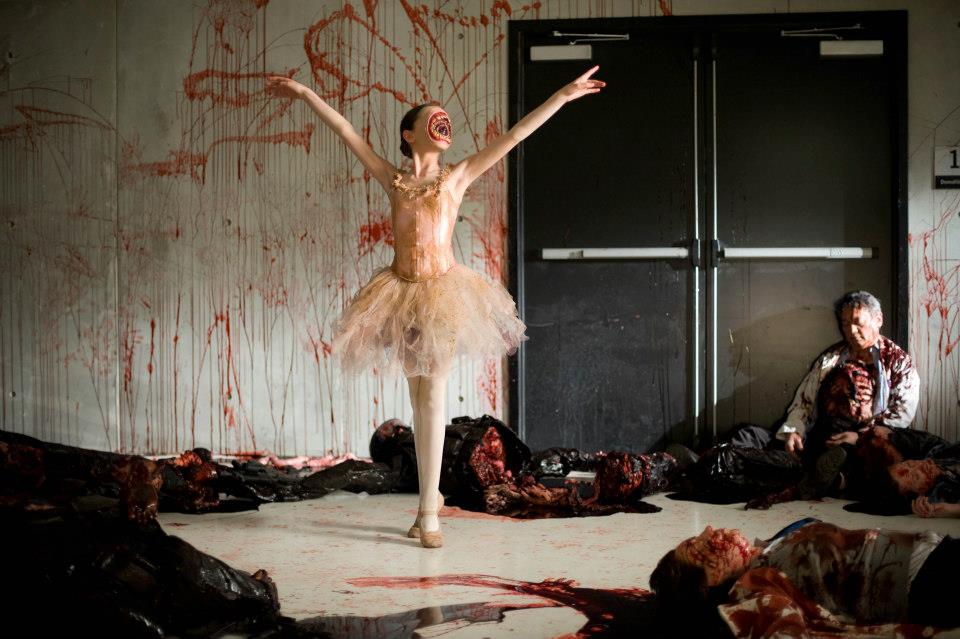 The final nail in the lawsuits comment could be the timing of it all. It’s important to address the elephant in the room: Why did Gallagher wait 3 years to file his case? Could it be that Whedon is on the verge of releasing Avengers: Age of Ultron (a film that promises to be wildly financially successful), while Goddard is riding high on the success of Daredevil on Netflix? The lucrative nature of these projects makes both men vulnerable to potentially exploitive lawsuits. I’m not suggesting that this is Gallagher’s motivation, just that the timing makes skepticism both natural and prudent.

If Whedon and/or Goddard lifted heavily from A Night in the Pines, I hope they ‘fess up and do right by Gallagher. Unfortunately, my attempt at objective analysis makes me doubt the very foundation of his claims. Whedon and Goddard are both writers and producers with a long track-record of successes before Cabin in the Woods. While this does not make them impervious to claims of plagiarism, the lack of direct connection between these men and Gallagher makes this particular instance highly unlikely. 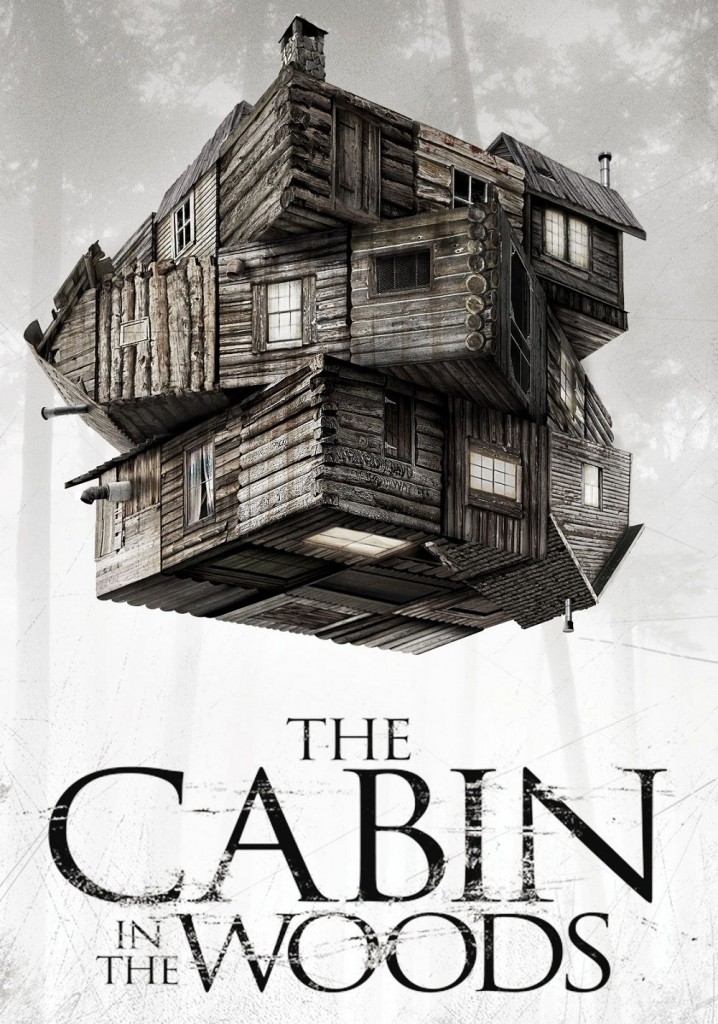 In the end, I wish Gallagher the best with his writing and his future in the entertainment industry. If he were to ask my advice, I’d say: “Drop the case, and get back to hitting the pavement.” Entertainment’s a killer game and Hollywood’s a beast, but talent mixed with persistence is a recipe for success. Good luck!

What do you think about Gallagher’s accusations against Whedon and Goddard? Sound off in the Comments section!