Returning For Its Third Year

Bruce Campbell’s Horror Film Festival is returning for its third year in row this Summer and judging from the lineup it looks to be the place to be! Campbell’s festival will open with Fede Alvarez’s (Evil Dead) Don’t Breath and the highly anticipated Found Footage 3D world premiere. After that it’s basically a night of premieres! Including The Greasy Strangler, I Am Not A Serial Killer, PET, Here Alone, Abattoir and Beyond The Gates.

“I’m thrilled to bring our annual horror festival back to the Windy City for the third year,” Campbell continued on the festival. “There were some wicked cool flicks this year and we went after the cream of the crop. If you love all things horror, check out our lineup.”

Not only will the festival premiere all those highly hyped horror films but it also will act as an award ceremony for Fred Dekker (Fox’s The Predator) who’ll be awarded the “Groovy As Hell” award. The award ceremony will then consist of a 30th anniversary screening of Night Of The Creeps and then a special screening of Monster Squad with actors from the 80’s feature Andre Gower (Sean) & Ryan Lambert (Rudy) in attendance.

Also going down at the festival will be a hilarious commentary event, in which Bruce Campbell himself and festival-fav Doug Benson will sit front row to an Army Of Darkness screening and blurt-out whatever hilarious comments that pop into their minds *TICKETS ON SALE NOW! Quantity Dwindling*

“I’m thrilled to bring our annual horror festival back to the Windy City for the third year,” said Campbell. “There were some wicked cool flicks this year and we went after the cream of the crop. If you love all things horror, check out our lineup! 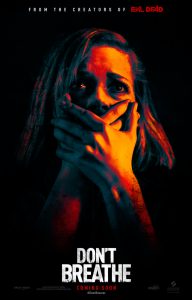 The festivities will kick off on Thursday, August 18, with the opening night film Don’t Breathe, the highly anticipated shocker from director-producer-writer Fede Alvarez (Evil Dead) and produced by Sam Raimi & Rob Tapert. Alvarez will be in attendance. This will reunite Campbell with Alvarez, who directed the successful 2013 remake of Evil Dead. Sony Pictures is set to release Don’t Breathe on August 26, 2016. 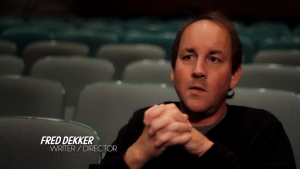 The inaugural “Groovy as Hell” award will be presented to writer/director Fred Dekker (Fox’s upcoming The Predator). The awards ceremony will consist of a 30th anniversary screening of the cult classic Night of The Creeps and a very special screening of The Monster Squad with actors Andre Gower (Sean) & Ryan Lambert (Rudy) also in attendance. 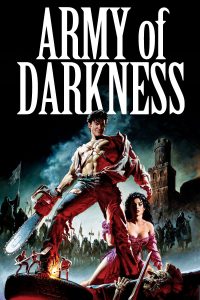 Festival favorite Doug Benson (Doug Loves Movies, Chromic-Con, Super High Me) will be in town for a very special ‘Doug Benson Movie Interruption’ of Army of Darkness, with guest interrupter Bruce Campbell! The two will sit in the front row together with a selection of mystery comedy guests, and say whatever hilarious stuff that pops into their head. A limited amount of single tickets for this event are on sale now!

BCHFF is thrilled to present a 25th anniversary celebration of everyone’s favorite time-traveling metalhead slackers, a screening of Bill & Ted’s Bogus Journey with director Peter Hewitt in attendance! Additional guests for this screening will be announced at a later date. 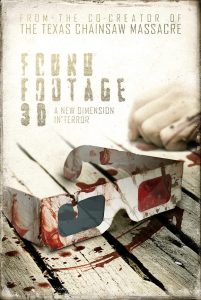 The festival will also mark the World Premieres of Found Footage 3D, the long-awaited satirical horror film produced by Kim Henkel (The Texas Chainsaw Massacre) and directed by Steven DeGennaro, and Show Yourself, a haunting & remarkable genre-bending feature debut from Billy Ray Brewton (subject of the wonderful award-winning 2014 documentary Skanks, and programmer for Slamdance Film Festival).

Fans in the region will also experience the Chicago premieres of:

● The Greasy Strangler – The most hilariously disturbing film of the year. From Elijah Wood’s Spectrevision, Drafthouse Films, & Ant Timpson.
● Here Alone – Winner of the 2016 Tribeca Audience Award.
● Abattoir – From Darren Bousman, the director of Saw 2, 3, 4, Repo: The Genetic Opera, Mother’s Day, and The Devil’s Carnival. Darren will be in attendance to present the film.
● Pet – The SXSW hit starring Dominic Monaghan (Lord of The Rings Trilogy).
● I am Not a Serial Killer – Starring Christopher Lloyd in yet another career defining performance.
● Beyond The Gates – Winner of the midnight audience award at Los Angeles Film Festival. 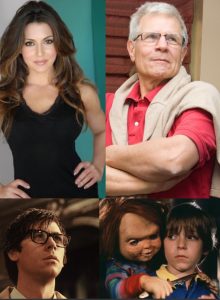 “It’s been another astonishing year for horror cinema”, said festival director, Josh Goldbloom. “I’m overwhelmed by the amount of talent & creativity working in this field. Their contributions are innovative, visionary, beautifully unnerving, defiantly weird, and of course, bloody as all hell. This year’s festival is a showcase of all the many reasons why genre film & its fans are the best in the world.

Festival badges are $100, and are on sale now at www.bchff.com! Limited single tickets sales for screenings will go on sale Wednesday, July 6th.

The festival and all screenings will be held at the Carmike Muvico Rosemont 18.

HERE ALONE
A young woman struggles to survive on her own in the wake of a mysterious epidemic that has decimated society and forced her deep into the unforgiving wilderness.
Cast: Lucy Walters, Adam David Thompson, Gina Piersanti, Shane West
Dir: Rod Blackhurst

I AM NOT A SERIAL KILLER
In a small Midwestern town, a troubled teen with homicidal tendencies must hunt down and destroy a supernatural killer whilst keeping his own inner demons at bay.
Cast: Christopher Lloyd, Laura Fraser, Max Records
Dir: Billy O’Brien

PET
Seth works at an animal shelter, and for years has been secretly in love with a waitress named Holly . When he repeatedly fails in his attempts to woo her, he naturally decides to lock her in a cage at the shelter where he works. And that’s just the beginning…
Cast: Dominic Monaghan, Ksenia Solo, Jenette McCurdy, Nathan Parsons
Dir: Carles Torrens

SHOW YOURSELF
When his friend dies unexpectedly, Travis heads into the woods with his ashes to say goodbye. But as he deals with his grief, and the way it has affected the relationships in his life, he starts to realize that he actually might not be alone.
Cast: Ben Hethcoat, Corsica Wilson, Barak Hardley, Stephen Cone, David McElwee, Robert Longsteet.
Dir: Billy Ray Brewton