Cradle Of Filth “HAMMER OF THE WITCHES”

Cradle Of Filth is back in black (metal)

Cradle Of Filth is back with their eleventh studio album, proving that Dani Filth is a never ending fountain of dark medieval poetry. It hits shelves in the USA today. This album is a much needed departure from the direction they have been heading for the last decade. There is no Doug Bradley to be found on this album. Nor are there any covers of punk songs, choruses full of pop hooks or riffs based on Gary Numan. What you will find is a whole lot of throwback to their earliest material contained within their established modern writing. At times I almost can hear Dusk And Her Embrace and Cruelty And The Beast.

I had my band mate Dave Martin listen to the album when I first got my grubs on it, without telling him who it was. He’s not a CoF fan as he has none of their albums and never dug their modern material, but he is an old school metal purist so his unsolicited opinion would be a good starting point for me. His immediate reaction to the first two tracks Walpurgis Eve and Yours Immortally was “Man, these guys are seriously into Emperor. I like this shit.” 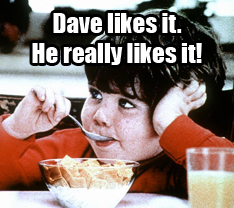 After spending a solid week of listen to this album in my car I think it’s safe to say that CoF is returning to Black Metal. They still have a little electronica on their track Right Wing Of The Garden Triptych but it’s merely used as an intro.

1. Unfortunately my review copy had no liner notes and I can find little on line other than the hype about the artist Arthur Berzinsh who did the amazing cover art of Witches in the embrace of Cernunnos. So I do not know how much of the orchestrations are computer generated and how much was actually performed. But I can say their composition is far superior to their previous works and shows they are following in the footsteps of band who are now utilizing real orchestras. If these are synthetic orchestrations, I want to know what sample packs they are using. This is what I expected to get while Martin Powell was a member and didn’t, so it’s long over due.

2. As I mentioned, the artwork is worthy of the hype. Their previous art was getting stagnant as you can only have so much “weird” Photoshop designs.  To have a photo-realistic oil painting of a coherent image is very refreshing.

3. Enshrined In Crematoria kicks off with a feel of Queen Of Winter Enthroned, which is like mother’s milk to me. And doesn’t stop there.

5. For the first time I noticed guitar solos. Thinking back I can’t recall them having solos, which blows my mind. I’ll have to go back and listen to their whole catalog but I can’t think of a single song before that had one. Maybe I finally noticed them because the solos on this album are blistering fast shredding shared by both guitarist. They are playing off each other very well.

The volume wars are over now that Youtube and iTunes are pulling back volumes, now would be a good time to consider reducing the over compression in the mastering in favor of more dynamics. 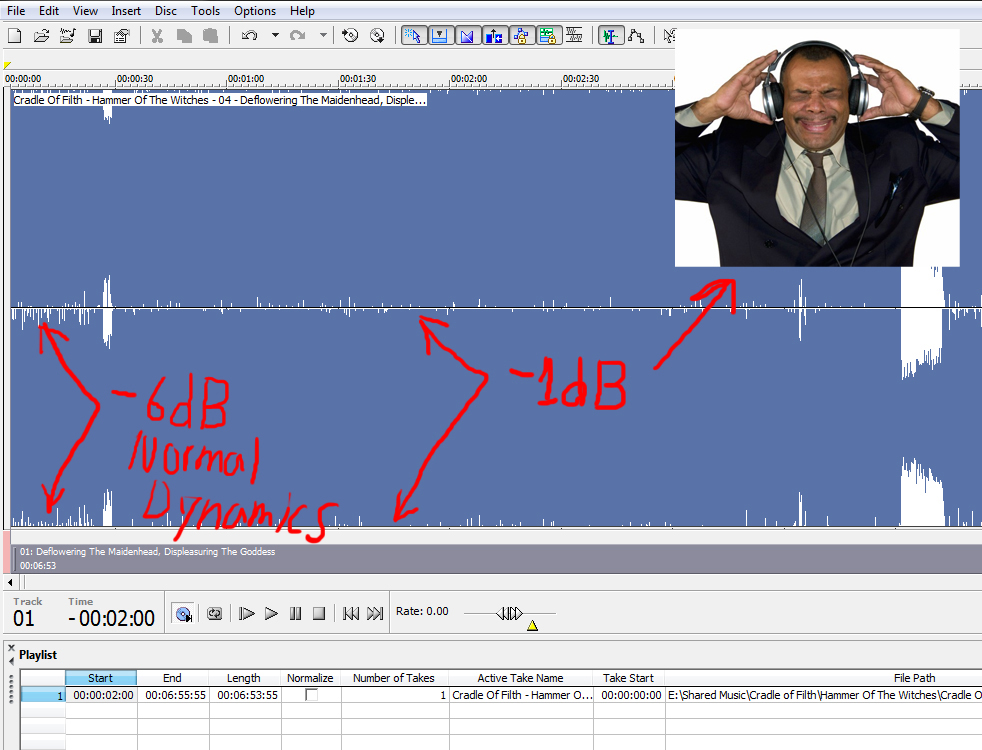 To keep things unbiased in his reviews, Roy does not use rating systems as all too often they are the only thing people go by.

Instead he provides five praises and one mandatory nitpick on all reviews.

Even if he has no complaint, he must find a flaw to report.