‘What Death Leaves Behind’ is a Tragic and Haunting Tale

Death is not always the end 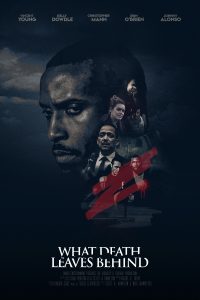 What Death Leaves Behind is a self-proclaimed non-linear film that takes us on a dark journey into the psyche of a transplant recipient who finds himself with more than just a new kidney. The debut feature from Scott A. Hamilton is a tragic story, and even though a bit confusing, is a truly wonderful film.

Since the first scene in the film is a definition of the term non-linear- it was a pretty much a no brainer that the film’s timeline was going to be jumping all over the place. It did indeed, but even as I swayed back and forth emotionally as the film went on, it managed to all make sense at the end.

Synopsis: Jake Warren (Khalil McMillan) is a serious guy, with a serious problem. He is waiting for a kidney transplant and has been going through all the things that entails, for 7 years.  When during one of his dialysis sessions the one guy ahead of him on the transplant list dies, Jake is rushed into surgery and gets the life-changing organ he has been waiting for.

This should have been an amazing time for Jake. But along with the kidney came nightmares. Horrible dreams of a grungy couple and a murder that feels very real. Could the dead person in his dream be the original owner of his new kidney?

From that moment on Jake is not the same. The once strong and proud husband, employee and dad, disappears into a distracted, angry and distant man. 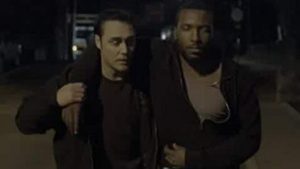 Jake had a large support group; a wife, daughter, uncle, co-workers all who would be there for him if he allowed them in. What he does tell them seems like the rantings of a very tired and confused guy and they are dismissed by everyone. This leads me to believe the film is partially a statement about the deplorable mental health problems in the U.S. Someone should have paid attention.

After tons of research on the internet, Jake becomes convinced that what is happening to him is some form of cell memory. His body now has the same memories of the deceased donor. He goes so far as to find a writer that wrote a book on the subject and tries unsuccessfully to get her help. In the meantime, his wife divorces him, his job suffers, and he is found by a friend almost comatose on a regular basis. He no longer takes care of himself, his obsession now taking over his life. 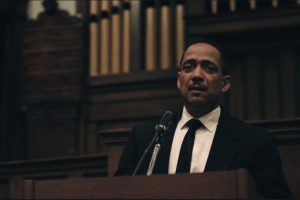 Throughout the film, there are cuts to the local Philadelphia news, about a grisly serial killer, who has been leaving bodies in the local river. These killings do not seem connected, but just another tragedy in the area. But while watching it on TV at a local bar, Jake gets an idea and starts tracking these murders. He finds a connection and thinks someone is out to get all the people who received an organ from the same donor as he did. Why would someone want to do that? What was so wrong with that person that someone wants even the pieces left of them gone?

My favorite parts in the film were the dream-state scenes. Very dark, with just Jake in a chair and the two people in the basement across from him, fighting. Each spotlighted as if we were watching a stage play. Those moments in the film were some of it’s strongest and most meaningful. 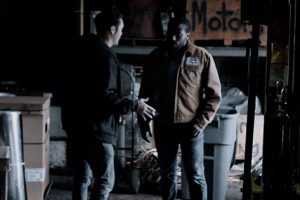 I’m not sure I was sold 100% on everything with the cell memory and making it non-linear, but the acting was really great, which made it very watchable. I saw bits and pieces that reminded me of The Eye and Stir of Echoes throughout; Both movies that I like a lot.

Khalil McMillan as Jake was very powerful and Shaira Barton was terrific as his very stressed out wife. Christopher Mann was my standout performance as his uncle and boss Henry. What an emotional and heartbreaking performance. Oh, and I must mention the two people in Jake’s violent dream sequences. Erin O’Brien and Johnny Alfonso were so authentic as the punk rock couple that you couldn’t help feeling sorry for, even as you watched in horror what they did to each other.

Overall, What Death Leaves Behind is a touching and tragic thriller with a grievously sad twist at the end that will blow you away.

What Death Leaves Behind opened Sept 11th in Los Angeles but will be having limited theater performances all over the U.S. for the next few months. You can get info on the screenings HERE.