Another stop on the “Fan Appreciation Tour” for “The Green Inferno”. 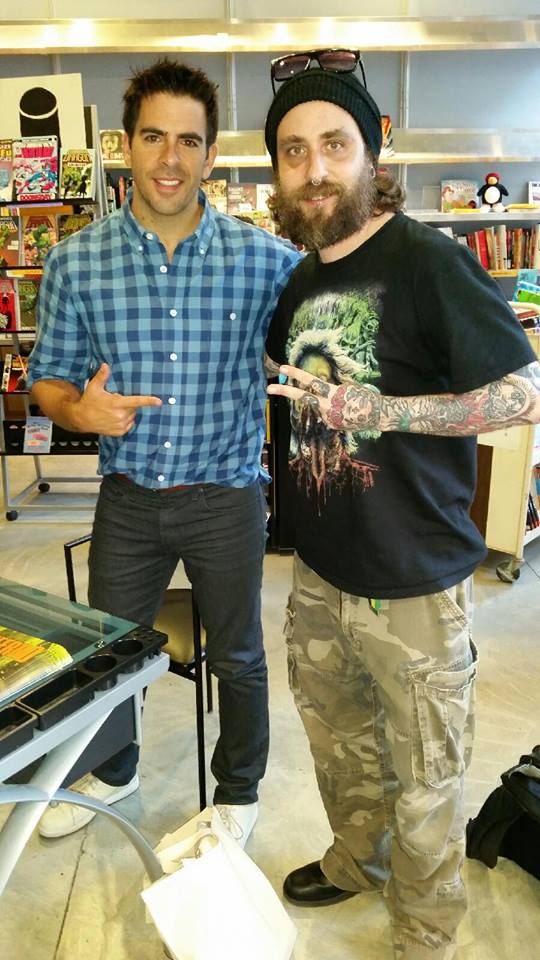 Eli Roth and The Blood-Shed co-owner Josh Millican–yucking it up!

Roth was in town connecting with fans online at the headquarters of Twitter, Reddit, and Wired; after these marathon sessions, all aimed at promoting his upcoming cannibal survivor horror The Green Inferno, Roth met fans face to face at the Cartoon Museum on Market Street, where he signed posters (designed by Jim “TAZ” Evans) and posed for pictures. All this for the incredibly low price of: $Free! 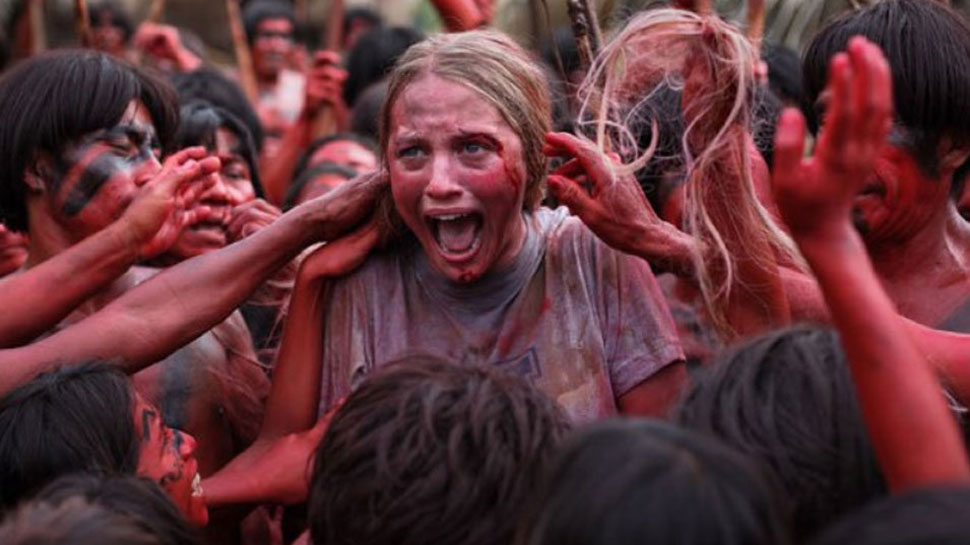 While I wasn’t there in any official capacity (no pen and pad for any impromptu interview), Roth and I shared a few jovial minutes together. We discussed, among other things, how the article I wrote about the viewer who fainted at a Green Inferno screening in France went viral and crashed our server! He agreed with me that Green Inferno themed smelling salts would have made for an excellent promotional item!

It was another stop on Roth’s “Fan Appreciation Tour” ramping up support in advance of The Green Inferno’s long overdue theatrical release on September 25th. Roth and his team have been crisscrossing the US non-stop, treating lucky fans to advanced screenings followed by Q&A discussions. It’s great to see a famous filmmaker taking such an active role, hands-on role towards connecting with fans—and it’s certain to pay off. Excitement surrounding The Green Inferno is at a fever pitch!

Official Synopsis: Official Synopsis: A group of student activists travel from New York City to the Amazon to save the rainforest. However, once they arrive in this vast green landscape, they soon discover that they are not alone – and that no good deed goes unpunished.

Have you met Eli Roth on any of the stops on his “Fan Appreciation Tour”? Are you excited about the release of The Green Inferno later this month? Sound off in the Comments section! 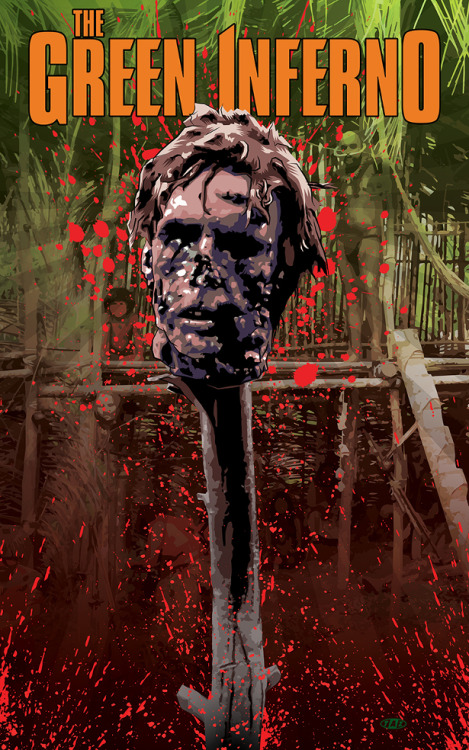