The episode starts off with a distraught Emma, dealing with the reeling aftereffects of the mass text message sent to everyone she knows of her first time with her ex-boyfriend Will. Emma now knows how it feels to be chastised, embarrassed and made to feel like the odd one out, almost like karma for the video she helped make of Audrey. 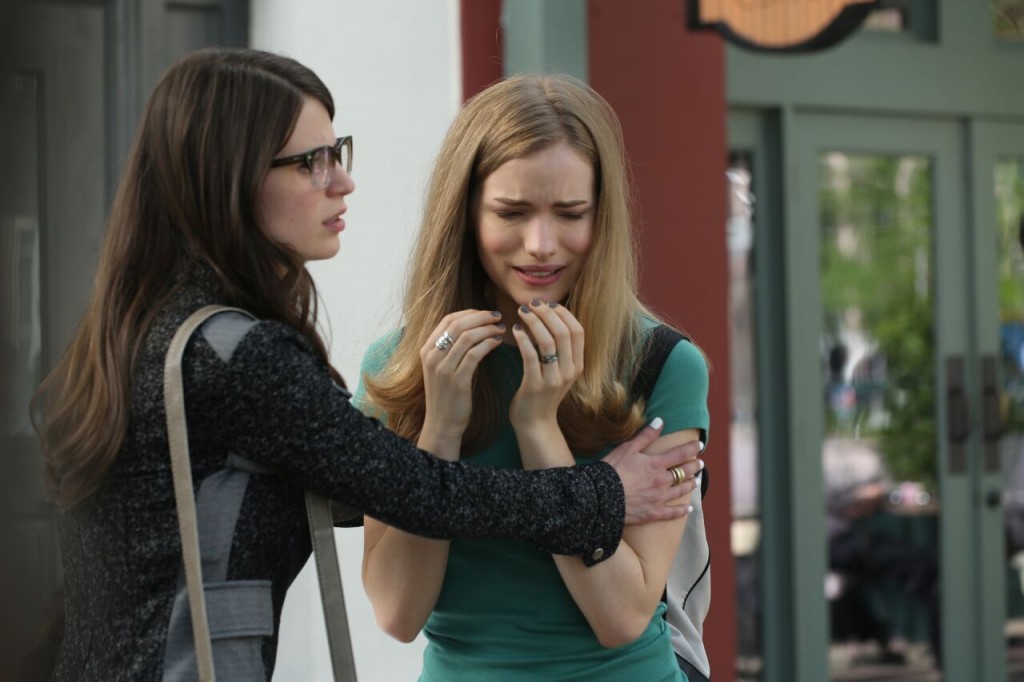 Will is defensive and acts clueless when it comes to Emma trying to search for answers on who shot the video and why it was made. Tension begins to rise between Will and Jake, because of the worry that Emma may find out too much about their webcam endeavors.

Brooke and Emma meet for coffee, and Brooke reveals a very deceiving secret she’s been harboring from Emma ever since Will and Emma began dating. Nina apparently bet Will he wouldn’t be able to have sex with her in a month’s time. Emma feels betrayed both by Brooke and Will, feeling like their whole relationship was a lie. 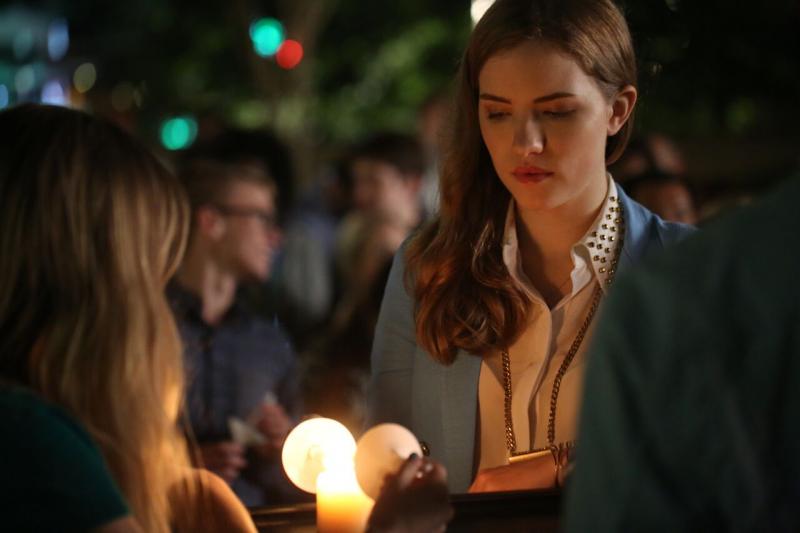 The town holds a special candle-light vigil for the slain teens where Emma breaks down in front of everyone in fears the killer was eyeing her from the crowd.

We also find out Brooke’s father aka the Mayor, was in on the Nina webcam fun and is being blackmailed by Jake and Will for thousands of dollars to keep the secret from getting out and tarnishing the Mayor’s reputation.

Noah and Audrey make a startling discovery about their English teacher Mr. Branson. After students download Mr. Branson’s homework off of the student server, he is given full access to student’s webcams with no one suspecting a thing. Audrey and Noah want to get to the bottom of the scandal, and try to sneak onto Mr. Branson’s laptop when he’s away from his classroom. 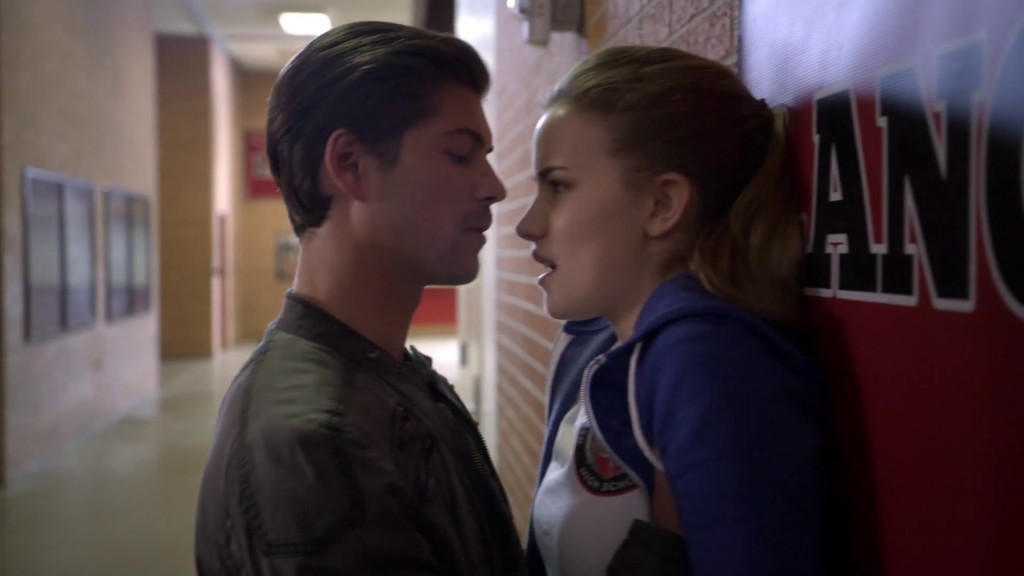 Kieran and Emma grow much closer in this episode, especially now that Will is officially out of the picture. The new-found couple exchange a steamy kiss in front of Will. (Kieran is much better eye candy anyway.)

Another relationship that also transcends is that of Brooke and Jake. Jake also reveals to Brooke that Will was blackmailing her father leaving himself completely out of the story. Little to Jake’s knowledge, Brooke’s father was listening in on their conversation and now knows who’s behind his harassment.

Jake then shows Brooke a horrifying video of her father dragging a body out of his trunk on the day she last saw her mother. Brooke’s dad had been vague on her mom’s whereabouts before finally admitting he drove her off to rehab. Brooke seemed rather skeptical and hurt she was not originally told about it.

At the end of the episode, Emma and Kieran go on a secluded date in the wilderness. Kieran wanted Emma to learn how to use a gun to protect herself. Afterward, the two make love. 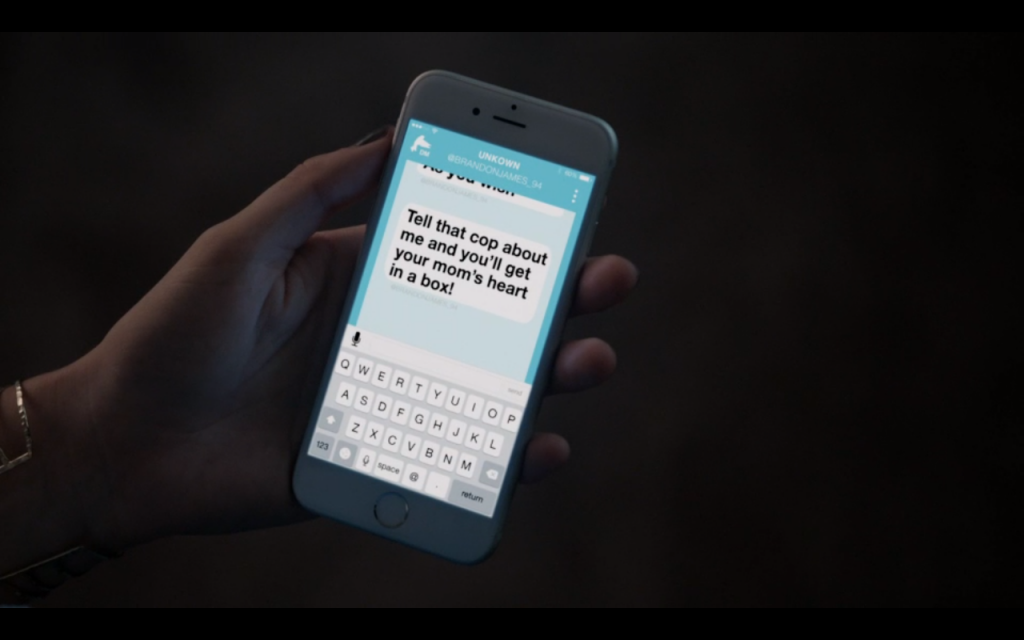 All the while, Emma still is receiving calls and texts from the killer, however in this episode, we don’t find out too much more about him. Other than that Emma should not trust her mother and her lies.

Overall, it was a pretty intriguing episode and greatly developed most of the main characters, while introducing us to a few new ones– such as a new detective. The rift that has grown in between Will and Jake should also make the show a bit more twisted considering the various home-wrecking videos they both have access to.

While this episode did not feature much gore, or killing as previous episodes, I think it was still necessary to deepen the plot and relationships between the characters before they go and kill more off.

So who’s next on the chopping block? My guess would be Brooke or Jake. Both characters seem rather disposable, but Jake just seems more likely to be next to me. However, the show could completely surprise me like in previous episodes and pick some one that we all like, such as Noah or Audrey. I guess we will just have to wait and see.