Shooting the Dead in Style

Japanese horror games, especially those of the Playstation 2 era, are bizarre but equally scary. A lot of titles, such as Haunting Grounds, Siren, Kuon and more have held a special place in my heart for being the kind of unpredictable suspenseful experience which works as well today as it did back then. Today I’ve opted to review a similar title that’s more popular but in the same genre: Fatal Frame. The series as a whole has a well-deserved name for offering a good experience that doesn’t rely heavily on today’s petty jumpscares. While I could wax on almost poetically about the series itself I’ve decided to give special treatment to the first game in the lineup, known simply as “Zero” in Japan. 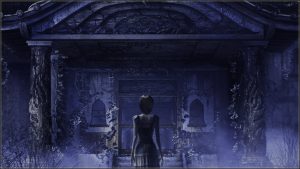 The game takes place within the haunted Himuro Mansion, an ancient building constructed by the powerful Himuro family over four hundred years ago. Largely abandoned, it is in sad shape at the beginning of the story. However, it is vast inside, truly maze-like, and hides a terrible past. Much like other survival horror games such as Resident Evil and Sweet Home, this mansion is both the source of the troubles and where everything ultimately takes place.

In 1986, well before camera phones and Youtube existed, intrepid folklorist  Junsei Takamine and his unfortunate assistants take up in the mansion. Their intentions to stir up the hornet’s nest are rewarded, and they are never heard from again from the outside world. Young  Mafuyu Hinasaki arrives later and investigates, naturally quite alone. The young boy, himself hoping to be a prominent folklorist, comes armed only with a hand-me-down camera, known properly as the Camera Obscura. This unusually powerful relic can capture and banish spirits through its own enchantment, as Mafuyu discovers when he is attacked by one of the vengeful ghosts residing in Himuro Mansion.

Not long after this, Mafuyu is seemingly taken, and the point of view shifts to that of his younger sister, Miku. Her quest, which is the bulk of the game itself, involves using the camera left behind by her brother to fend off evil ghosts while unveiling the greater evil tied to the mansion itself. Through the use of flashbacks, illusions, diaries and riddles, the legacy of the Himuro family is told.

Fatal Frame plays similar to most PS2-era Japanese survival horror games with tank controls, fixed viewpoints and camera angles, a strong emphasis on fights being dangerous, and with lots of gratuitous riddles that would require a strategy guide if attempted after one’s long day at work. Thankfully, Mafuyu’s chapter is a thinly-disguised tutorial and gently eases the player into the way of things. Everything from item upgrades to combat use of the camera is handled clearly while maintaining a good narrative.

By the time the player is in control of Miku, gameplay is moving at a modest pace and only starts to dial up to hectic by her second chapter. The main thing which stands out between this game and others of its genre is the use of the camera. The viewfinder mode turns everything to first person, and since the ghosts themselves are difficult to see and can move through walls or come from behind and even through the floor, it makes combat extremely tense. Adding to that tension is the fact that the camera itself is most effective when kept trained on the ghost directly and also when they are very close. Throw in some narrow hallways and chambers and fixed camera angles for the player and you have a very strong sense of claustrophobia.

The riddles in Fatal Frame are a bit more difficult than the usual for games of its type. Some require very specific files to figure out (a few are outright in Japanese) and very little hand-holding is present. The way to progress through the mansion is linear but rarely clear at first to the player, so some wandering will happen. Aside from the nature of the enemies and the camera, it functions very much like bigger survival horror title Resident Evil. 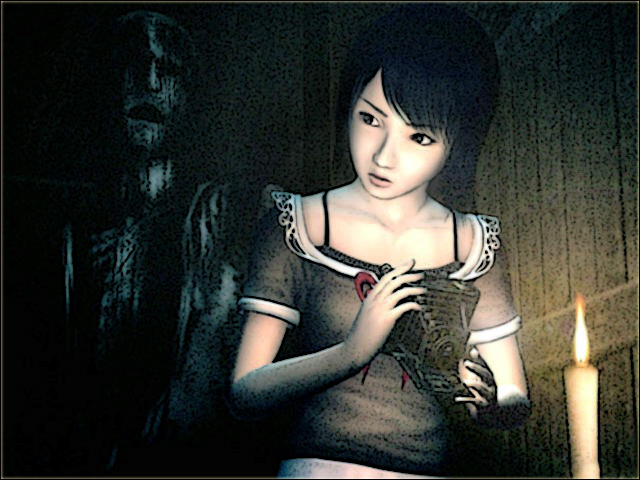 The atmosphere is great. Even as an aged PS2 title, Fatal Frame holds up well. The mansion is properly dark, with plenty of places for evil to hide and signs of violence and decay. The fixed camera positions, which in some games would be frustrating, actually add to the suspense. The ghosts are especially scary for me, since they are unpredictable, difficult to banish, and persistent.

Whereas Resident Evil is pseudo-apocalyptic with zombies and Silent Hill is foggy with a chance of psychological terror, Fatal Frame represents a kind of evil you can’t escape. And indeed in every title including the first one, there’s a strong sense of being an a hostile environment that could at any moment manifest to attack you. It’s amazing and I absolutely love it.

Because lists are great. 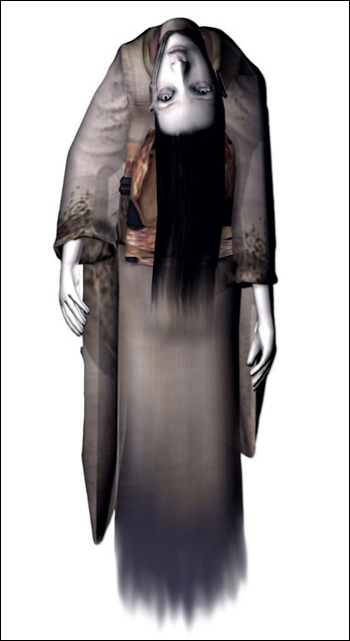 In conclusion, Fatal Frame started an amazing series, and even now going back the first title holds up very well. It’s masterful with suspense and disturbing narrative, and manages to take a simple premise and location and make it work. Assuming you haven’t played this game to death years ago or recently crawled out from under a rock, go play it!