FILMS TO SHUDDER BY… MY SHUDDER.COM TOP 20 MIX TAPE (PART 2)

Films to Shudder By… My Shudder.com Mix Tape Side B (Part 2)

Step into the darkness and become one of us with the incredible horror of today and yesterday that has shaped generations of fans, peers and fiends with Shudder.com. Enjoy my Shudder.com Mix Tape Part 2… and make one of your own!

Read Part One or Side A HERE! 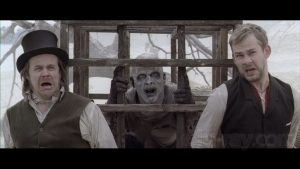 11. I Sell the Dead / Glenn McQuaid (2008): Brilliant, funny & different… This classic monstrous tale of two grave robbers, ghouls, scoundrels and a by gone era features brilliant performances by the Ron Perlman, Larry Fessenden, Dominic Monaghan and the departed Angus Scrimm, “I Sell the Dead” takes so many different sub-genres of horror and twisted black humor creating flow, pace and folly. Not to serious, not to light… this you will dig it! A solid marriage of impactful FX/makeup, captivating story and quirky performance that is a whirlwind macabre treat. Bravo to McQuaid for such a truly good time on his first feature! 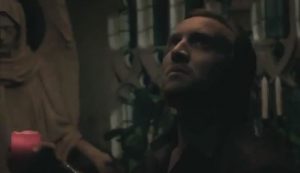 12. Last Will and Testament of Roseland Leigh / Rodrigo Gudino (2012): You will not find a film deeper, more beautiful and spiritual then the true masterpiece by “Rue Morgue” brilliant Rodrigo Gudino. Incredible set design, rich textures, emotionally driven performances as well as all-encompassing sound design only touches the surface of the one of the best films of the last decade. Surrounding a story of home coming, death and a narrative told from the inside of a broken heart, this dark drama with horror elements is lush and complex with so much to gain with each viewing. Watch this film at least twice and applaud a piece of art that cultivates a layered story that is calm and creepy unforgettable cinema. 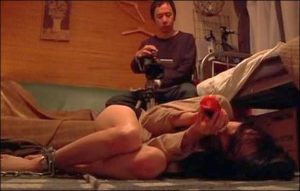 13. Marebito / Takashi Shimizu (2004): What goes bump in the night? This question and terrifying answer, sits as a deep and instinctive fear in our soul. What happens when you do find that and take it for your own? What happens when those who linger in that darkness want it back? Fear, tension, as well as Asian stylized urban legend are the foundation of this story about a photographer who goes deep into the darkness of the Tokyo subway to find horror that should never be revealed. Once it has been, obsession by many may lead to the answer we truly may not want to know. 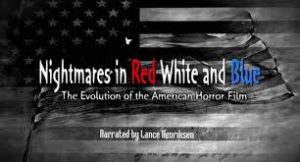 14. Nightmares in Red, White & Blue / Andrew Monument (2009): Joe Maddrey is a true writing madman and genius. This documentary focused around Maddrey’s book features some of the biggest names and legends of horror (Dante, Carpenter, Garris, Henriksen, Cohen, etc…) going deep into the human experience, evolution and love of horror films as well as how they got there. Very well constructed, fascinating perspectives, informative and directed with a respect to the viewer very few projects like this can offer. 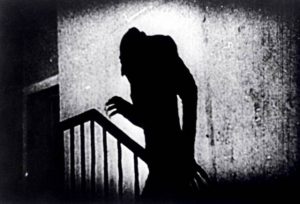 15. Nosferatu / F.W. Murnau (1922): One of the truly great horror films of all time. Why? Classic method acting with Max Schreck as Count Orlock… brilliant score… camera magic that transport you to a world only seen on the edge of dreams and nightmares. All of these and so much more come to dark life in one of my favorite vampire films of all time! Watch “Nosferatu” and just marvel at how this tale continues captivate and entrance.

16. Pontypool / Bruce McDonald (2008): With Stephen King’s “Cell” due to hit theaters in 2016 and the brilliant 2006 book put out that chronicles a tale of cellular terrorism into a new world, you wonder how real the fear is if a sound triggered something in our minds and changed us all into mindless, cannibalistic monsters? With that said, it is a truly scary thought in a world where technology has taken over and no signal is safe. Well, twisted and legendary author Tony Burgess and visionary filmmaker Bruce McDonald felt the same when “Pontypool” was conceived in both forms. Truly a fresh and scary take on the infection sub-genre of horror as a radio jock Grant Mazzy (Stephen McHattie) broadcasts during an outbreak using infected words and phrases that turns those listening into something far worse than imagined. With danger on the inside of the studio and a world gone to hell outside, “Pontypool” cultivates thick tension, a thinking narrative and brilliant performances that will shock and hold you. Forming a claustrophobic feel through emotion and fear, “Pontypool” keeps you watching and wondering what word will you be infected next and who will become the infected?

17. Rites of Spring / Padraig Reynolds (2011): A truly underrated crime thriller turned dark dramatic monster film. “Rites of Spring” focuses on a gang of kidnappers who fall into a nightmare situation and become part of a terrifying secret that lays in a farming community where belief in something truly scary. Taking homage and inspiration from the 1980’s horror classics, Reynolds directs a talented cast that personifies a cat and mouse feel from the open sequence through the hunt, betrayal and the tense climax of survival. Beautiful country locations bathed in wonderful light, color and camera work that harness deception, dysfunction and duty of the damned. 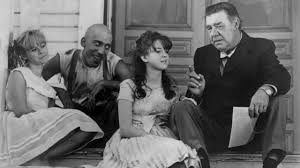 18. Spider Baby / Jack Hill (1967): Weird… legendary… unhinged. Directed by the humble and truly legendary figure in Blaxploitation cinema Jack Hill, “Spider Baby” is the ultimate cult cinema experience where nothing is as it seems and the insanity comes to life. Creating unforgettable characters that you come to care for and never forget, legendary actors like Lon Cheney Jr., Sid Haig, Beverly Washburn and Jill Banner were the pillars of a larger than life family of the damned. Seen in glorious black and white, this film is a must viewing for any fan of classic horror and more! 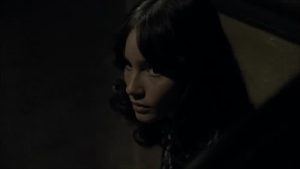 19. The House of the Devil / Ti West (2009): For me, this is Ti West’s best work to date. West’s homage to the 1970’s and 1980’s horror was shot on 16mm film to give it that influence and style connected to one of the most crucial generations of horror. An amazing soundtrack filled with emotion strings to create flow, tension and pace within this mystery of occult horror. Some amazing moments that punctuate the story born with such love for the genre. Where is mother? What is upstairs? To babysit or not to babysit? Only “The House of Devil” knows… 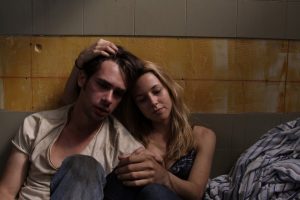 20. Undocumented / Chris Peckover (2010): Following a group of documentary filmmakers and their film project to show the injustice against illegal immigrants entering New Mexico. A group of radical’s capture, torture and look to send them to a final home. An honest, disturbing as well as powerful horror film of the last decade, “Undocumented” is a bombshell that shows the darkest side of freedom, liberty and justice from both the victims and vigilante perspective. Focusing on the dangerous and chilling theme of illegal immigration, survival, and those whose take patriotic justice into their own twisted and sadistic minds, this film features a convincing and well selected cast that brings the emotional darkness to a new level of hell and survival. Smart as it is controversial, “Undocumented” twists your heart, makes you cringe and questions where your beliefs fall. Incredible locations, set design that only enhances the struggle as well as practical FX and makeup that gives you the visual you won’t forget. An incredible debut feature by director and co-writer Chris Peckover.

Weekly on Tues @ 4 pm EST live on Hgrnj.org / Re-broadcasted Every Sunday at 2 AM EST on Rockrageradio.com & at 6 PM EST on Jackaloperadio.com via the TuneIn APP for mobile device and smart phone