Full Moon Features (Puppet Master, Gingerdeadman, Killjoy) doesn’t want you to forget about their “far out February flicks”! First up in the ranks is Fullmoon’s racy Virgin Hunters 3... 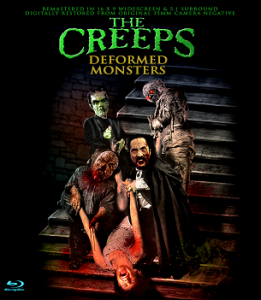 Full Moon Features (Puppet Master, Gingerdeadman, Killjoy) doesn’t want you to forget about their “far out February flicks”! First up in the ranks is Fullmoon’s racy Virgin Hunters 3 Agents of Passion’ then Women In Cellblock 3 and finally Ravenwolf Towers 3 and The Creeps.

All  titles listed are equipped with rental or purchase info.

Per the official press release: 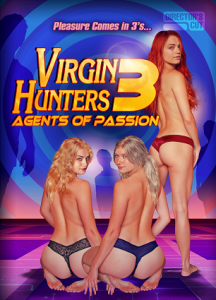 VIRGIN HUNTERS 3: AGENTS OF PASSION is now available on Special Edition DVD and for rental or purchase on the Full Moon Amazon Channel and via Full Moon Streaming. 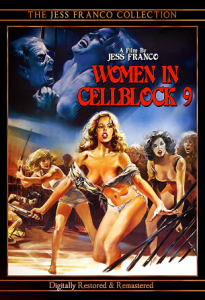 From the fevered, wonderfully perverted minds of Spanish filmmaker Jess Franco and Swiss producer Erwin C. Dietrich (JACK THE RIPPER) comes the notorious women-in-prison shocker WOMEN IN CELLBLOCK 9 (aka Frauen für Zellenblock 9 and Tropical Inferno). The controversial film (it was and remains banned in the U.K.) stars Franco regulars Susan Hemingway, Howard Vernon and Karine Gambier and tells the tale of a gaggle of female freedom-fighters who are taken to a secluded women’s jungle prison where they endure all manner of violent and sexual humiliations.

Full Moon is proud to present this revered Jess Franco classic in a digitally remastered and restored and completely uncut transfer struck directly from Dietrich’s own archival negative. Not for the easily offended (but what Franco film is?), WOMEN IN CELLBLOCK 9 is an essential trash movie gem not to be missed!

WOMEN IN CELLBLOCK 9 is now available on Special Edition DVD and for rental or purchase on the Full Moon Amazon Channel and via Full Moon Streaming. 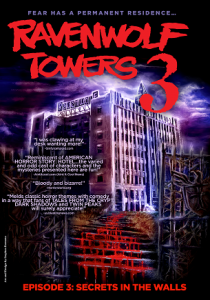 Full Moon’s startling, critically acclaimed seven-part horror series continues with the third and wildest episode yet – RAVENWOLF TOWERS 3: SECRETS IN THE WALLS.  The show, which tells the dark saga of a family of incestuous lunatics lording over the remains of a looming, formerly opulent and now dilapidated Hollywood hotel, is directed and produced by Charles Band, who continues  to release one episode every full moon.

Sensing a threat to her family and her secret plans, the mysterious and beautiful Matriarch, Mary La Velle, orders the sinister Dr. Lorca to uncover the truth behind one of the Ravenwolf’s newest tenants, Vampire Hunter and Psychic Investigator Ivan Ivanov. Lorca, in turn, hires a local Detective, the quick-witted no-nonsense Shona Baltimore, who quickly discovers more than she ever wanted to know not only about the Vampire Hunter Ivanov, but also about Jake, who has his own secrets, about the supernaturally powerful Mary, and about Mary’s monstrous, murderous grandson Samson…

From Full Moon founder, producer and director Charles Band, comes 1997’s THE CREEPS (aka DEFORMED MONSTERS), one of the studios most beloved and requested titles. Originally filmed and exhibited in 3D, this new Blu-ray is culled from the original negative and presented in a stunning anamorphic, 2D HD 1080p transfer, all the better to appreciate Adolfo (Stuart Gordon’s PIT AND THE PENDULUM) Bartoli’s rich 35mm cinematography and Gabe (FROM BEYOND, ‪BASKET CASE 2‬) Bartalos’ amazing practical make-up FX.

Filled with humor, horror, wit, style, sleaze and silliness, THE CREEPS also offers one of legendary diminutive actor Phil (TROLL, ‪LAND OF THE DEAD‬) Fondacaro’s greatest roles as Count Dracula, one of the most effective – and underrated – portrayals of the vampire in horror film history.

THE CREEPS is available on Blu-ray. Special features include original Full Moon trailers and a vintage THE CREEPS Videozone behind-the-scenes featurette.