Clown Chowder in the Making

The novel It is pretty damn close to literary horror perfection, with some of the most terrifying writing, interesting heros, and horrifying monsters to come out of contemporary genre landscape. In mine, and many others opinion it’s the best thing ever written by one of the best horror authors to ever put a pen to paper.

Well there’s been talk of a remake for years, with a number of names (perhaps most notably Cary Fukunaga) being attached to the project, but any number of reasons stopping the film in it’s tracks. It got the point where I said I wouldn’t believe it until I saw it. Well, I might have to eat my clown wig because today I saw it. 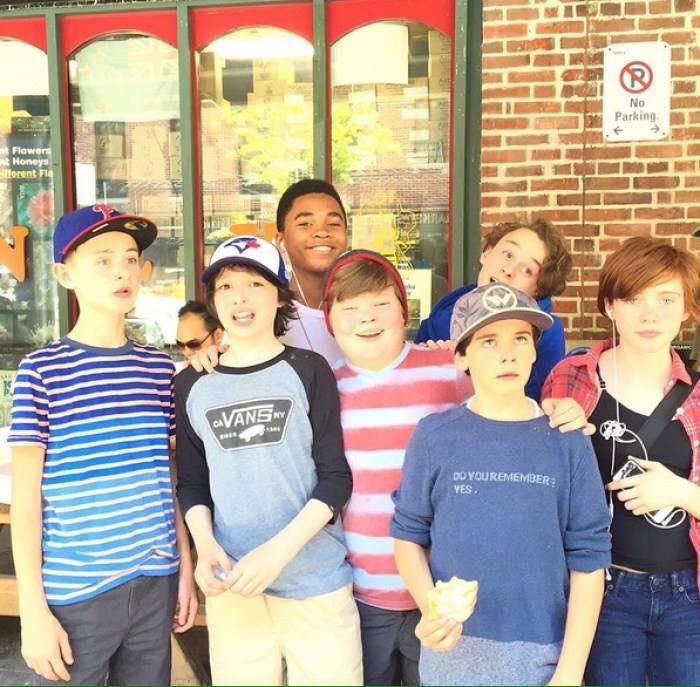 Drink it in folks… that’s the official cast photo of the new Losers clubs, played by a number of mostly new and up and coming child actors you can check out on IMDB should you feel so inclined. They look like a motley group for sure, and it interests me that their attire doesn’t seem to reflect the orignal’s 1950 setting. Most notably Bev is wearing a grunge inspired outfit, and looks to be holding an Ipod touch. How this will reflect on the films decade hopping storyline is left to be seen.

So yeah guys, as of right now this isn’t really much to go on, but at least it’s showing something is floating down the right stream. And if It can be half as strong as the book, I’ll be happier than Pennywise in a Disney World storm drain.

Jeff is Head Writer for The Blood Shed. You can send him harassing messages or story ideas at headoasp@gmail.com