This sweet and salty treat is great for any horror movie, and will leave you sticky like Peter Venkman.

Ghostbusters is a horror comedy film directed and produced by Ivan Reitman. 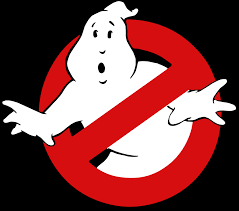 Written by Dan Aykroyd and Harold Ramis, Ghostbusters is a story of three doctors of Parapsychology who start a ghost catching business in New York City.

Slimer is an iconic character from the film, the legendary ghost that lived on the 12th floor of the Sedgewick Hotel. 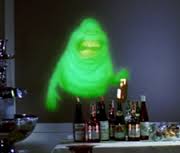 Known for his insatiable appetite and the slime he leaves behind when passing though solid objects.

This temperamental phantasm was the first ghost successfully captured by the Ghostbusters.

This sweet and salty snack was inspired from Ghostbusters. It will leave you just as sticky as Peter Venkman so be sure to have napkins on hand. 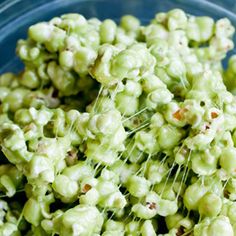 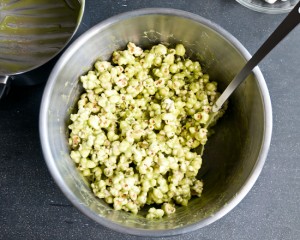 Place butter, brown sugar and corn syrup in a sauce pan. Cook over medium heat and whisk until sugar is dissolved.

Remove from heat, add marshmallows and the vanilla extract while stirring until smooth.

Add the food coloring and stir to create desired color.

Pour the green slime marshmallow mixture over the popcorn in a large bowl. Stir with a large spoon until coated. Hit the popcorn with three pinches of kosher salt.

This wonderful treat is great with any horror movie. Enjoy!