In 2005, the same year the extremely popular Resident Evil 4 was released, came Haunting Ground. Known as ‘Demento’ in Japan, this survival horror game was a spiritual successor to Clock Tower and included creative talent such as Noboru Sugimura. Sadly it was overshadowed by Resident Evil 4 and meeting with mixed reviews, Haunting Ground faded a bit into obscurity, kept alive mostly by a strong cult following.

Despite this, it remains a very dark, evocative type of horror game that sticks with you well after you’ve played it. Capcom has not announced an HD remake (although they did rerelease it for PS3 in 2015), but for those undeterred by PS2 low-res graphics, you can snag yourself a copy for the low, low price of sixty to one hundred dollars U.S.! 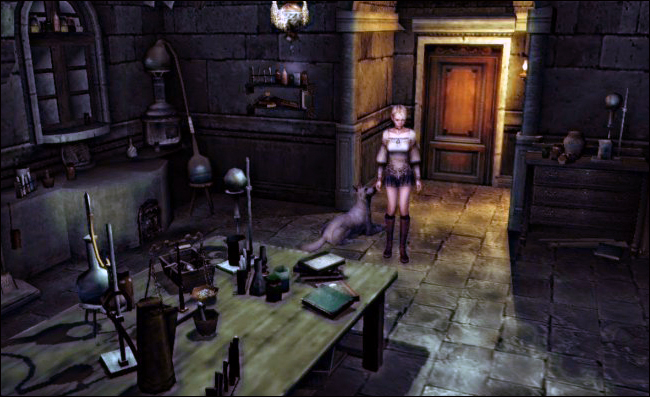 The protagonist Fiona is eighteen years old, innocent, and largely unprepared for what’s about to occur. She has fragmented recollections of being in the car with her parents and then a horrific accident. She awakes in a cage in what appears to be an abattoir, which is fancy-talk for slaughterhouse. After encountering the large and child-like butcher-slash-groundskeeper, Debilitas, she escapes into the grounds of the castle Belli, where she finds herself being pursued by a series of twisted inhabitants, each with their own reasons for wanting her dead or captured.

Fiona is herself no Chris Redfield or Harry Mason and cannot fight back effectively. Her fortune changes when she rescues and befriends the White Shepherd dog Hewie. Together, the two of them discover the secrets of Belli castle while eluding capture and eventually hope to escape the horrible place.

Without spoiling too much, the story of Haunting Ground is more like its Japanese title, truly demented. The backstories of the pursuers are sometimes tragic, sometimes terrible, and the danger to Fiona is made personal through certain events, scripted or otherwise. The overall themes also include some pretty well researched concepts and premises of alchemy as well as a bit of gratuitous Latin and Italian. 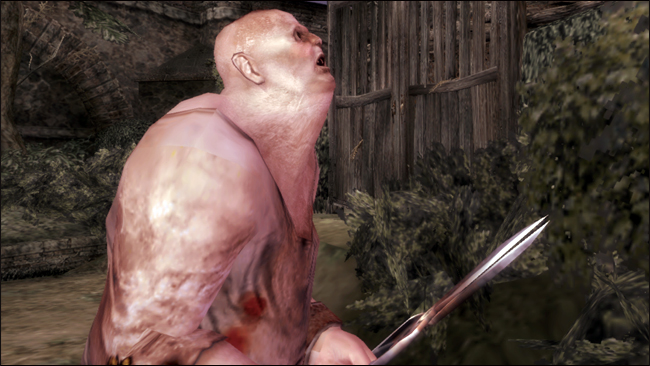 The game is much like its predecessor, Clock Tower. While Fiona can muster a half-hearted kick or stamina-sapping running push, she’s largely at the mercy of the enemies if they catch her. Instead of the genre-staple ‘tank controls’ made famous by Resident Evil, Fiona can be controlled with the actual analog controls, which negates a bit of the fixed camera angle navigation issues earlier games suffered. Puzzles are a bit less common than most survival horror games but well implemented when they appear, being challenging and yet not too frustrating to warrant gamer rage.

Notes and memos flesh out the story, along with creepy cutscenes (apparently, motion capture was used for all of the main characters including Hewie), and Fiona has her own internal ‘diary’ which serves to offer both commentary and hints for the next step. The castle itself and all its grounds are arguably one big puzzle, sprawling and with many objectives or items required to pass certain points. A bizarre method of alchemical crafting exists which allows the player to make items with an unusual twist – the machine flashes colored lights in a randomized pattern, and the player must time properly to create a given recipe. This could spell utter doom as a recipe could fail, produce very little of a beneficial item, or even a harmful one. Since the game offers no descriptions of consumables, everything you make is at your own risk, so save first.

Hewie himself is a large part of gameplay and of the novelty of the game itself. Using the right analog stick, you can issue basic commands (“Come”, “Go/Attack”, “Bad Dog/Good Dog”). Hewie can defend Fiona, retrieve certain hard to reach objects and solve certain puzzles. However, an invisible trust meter determines the speed and frequency in which he actually responds to commands. At first, he may be difficult to motivate or disobedient, and Fiona must reinforce his good behaviors and punish his bad behaviors to keep him in line. Praise and treats work wonders as well to make him adore Fiona.

The game features several different endings, one of which available only upon replaying the game. No canon ending has yet been declared for the series, as no sequel has been announced. 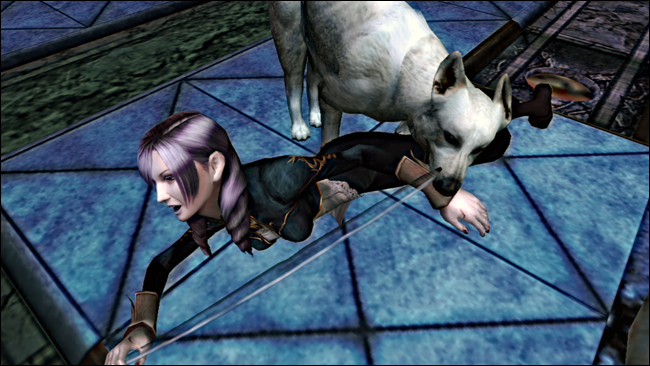 Castle Belli itself is very creepy and maze-like, but deserted. Aside from homunculi (it makes sense in context) and the pursuers, Fiona is alone. Large dining rooms, echoing hallways, and a nursery for up-to-no-good porcelain dolls make everything part dream-like. Dialogue is sparse, and the lore is doled out in drops which works really well to keep things mysterious and just eerie. While being pursued is thrilling and chaotic itself, a lot of the atmosphere comes from suspense, with long interludes of no danger or even just wandering the lost hallways, trying to find a way forward.

One aspect of Haunting Ground that gathered a lot of attention from critics was the sexual themes embedded in the plot. Aside from the child-like Debilitas, three of the pursuers want Fiona’s Azoth, or essence of life, something which can be used for rituals involving immortality. This alchemical jackpot is linked with her ability to conceive life, and some want to either harvest her womb or rape her and perpetuate their own immortal bloodline. Since rape is a special kind of evil, this makes some of the villains that much more horrific, and makes Fiona’s story more personal.

While in theory this can turn some off of the game entirely, in practice it makes a considerable difference in how twisted and mature the plot can be. It’s not just fear of death or brutality that fuels her escape, it’s a very real and traumatic torture which awaits her as either a test subject or a sex slave. Just about the only things not demented or evil in this game are scenes with Hewie, himself the protector and white light in the darkness. Hewie is the one truly good thing in the castle, and his bond with Fiona is the only thing keeping her from their clutches. 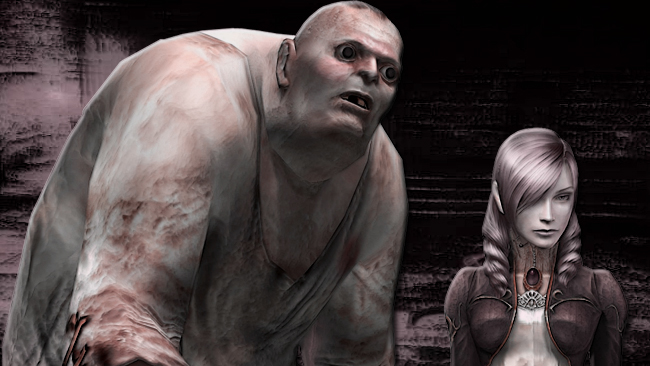 Good help is hard to come by. 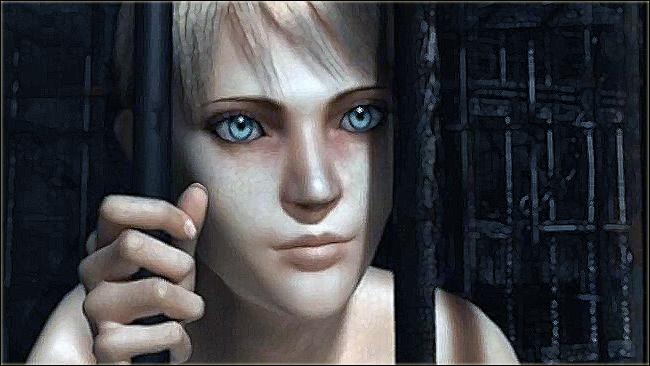 This is how all good games start.

While it may not have drawn in the crowds of Capcom’s other child of 2005, Haunting Ground is still a very memorable title. A must-play, with some very dark, dark storytelling even for a survival horror game.