You know you want to scare as many people as you can....

Legless Corpse Films is about to have their first annual film festival.  Film makers are encouraged to submit short and feature length films. The film festival will take place in Someverville, AL at the Someverville Playhouse on April 23rd and 24th.  The prize for Best Short Film is $500, along with a chance for the film to be featured on an upcoming DVD anthology.  The Best Feature Film will be distributed from Legless Corpse Films as well as a DVD and VOD release.  The cost for entries are $10 for short films and $20 for feature length films.

Some of the films that will be screening are A Wish For the Dead by Nathan Thomas Miller and The Orange Man by Stephen Folker.  Also, 60 Seconds To Die will be shown for the first time in North America.  The festival is planning to have some special guests who’ll be named at a later date.   If you’d like to know more about the festival, you can check out the site here.  If you’re a film maker, here’s your chance to unleash some horror upon the world. 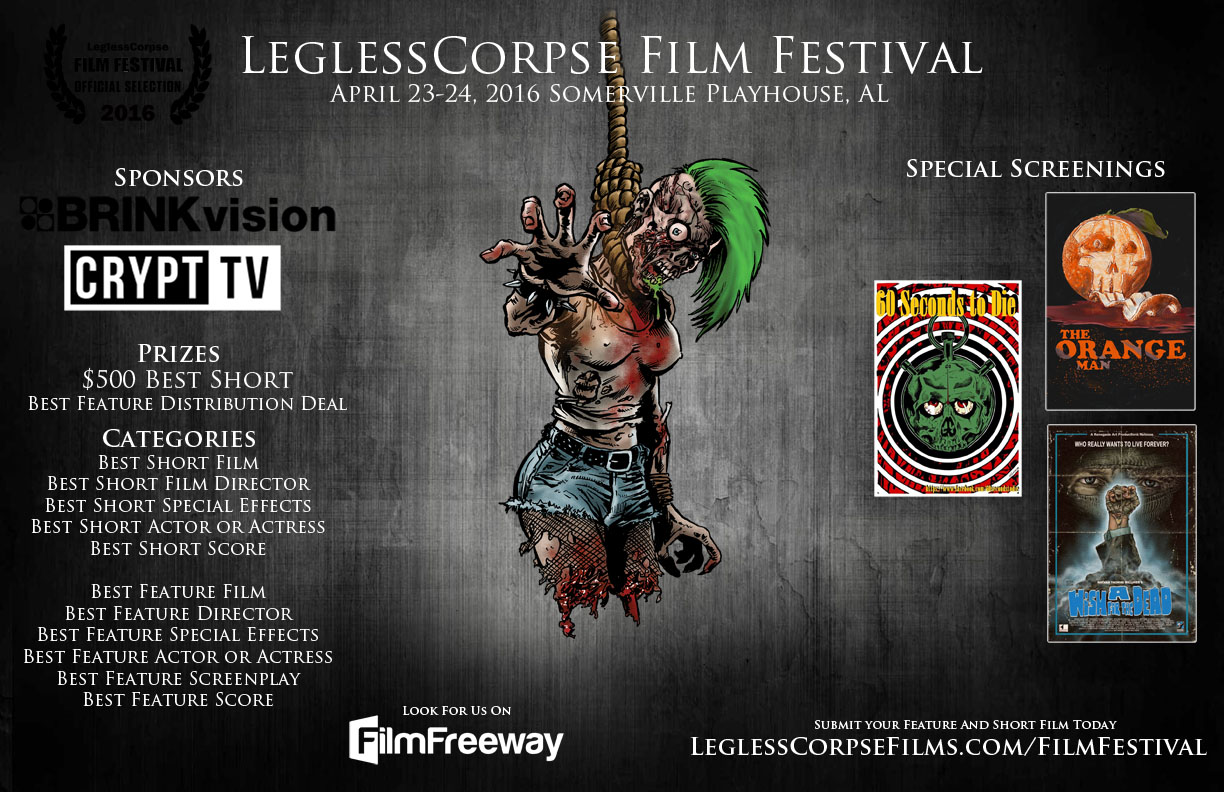