Are you Down with this Clown?

Like I established sometime ago on here, about the only thing the original It got right was Pennywise; Tim Currey as Pennywise is every bit as iconic as Robert Englund as Freddy, or Angus Scrimm as The Tall Man, so yeah, myself and other King fans were a bit wary of him being recast. And giving the role to Bill Skarsgård , whose pretty much only known for the beyond shitty Hemlock Grove, well that just felt like a kick in the balloons. But regardless, the remake fires on, and despite my reservations, I am stoked for it. But anyway, on to the point; today EW gave us our first look at the clown and….he looks ok. 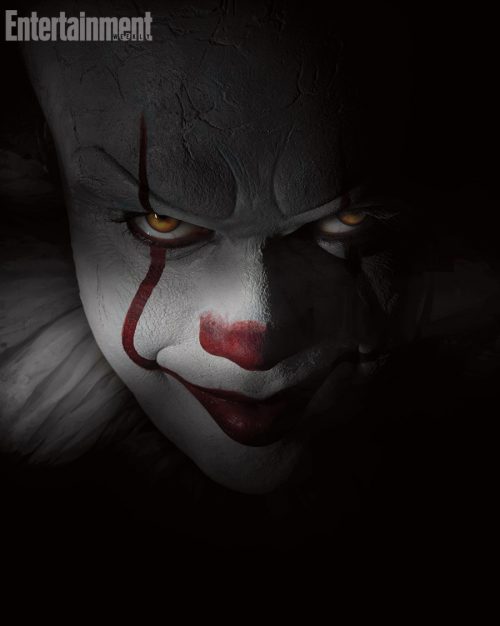 Not aggressively terrible, but also somewhat, well, unmemorable. Penny here looks more brooding evil than the insane evil Curry brought to the table. I guess we will just have to wait and see if the remake will be a solid adaptation, or if it’s just clowning around.