Also, check out the plot and casting details below!

Can you believe it’s already been almost twenty years since the release of Independence Day? And now, we are finally getting the long-awaited sequel entitled Independence Day: Resurgence that just wrapped up filming yesterday! Resurgence is set to hit theaters on June 24th, 2016. Director Ronald Emmerich tweeted a celebratory announcement last night:

The plot for Resurgence is as follows:

“We always knew they were coming back. After INDEPENDENCE DAY redefined the event movie genre, the next epic chapter delivers global spectacle on an unimaginable scale. Using recovered alien technology, the nations of Earth have collaborated on an immense defense program to protect the planet. But nothing can prepare us for the aliens’ advanced and unprecedented force. Only the ingenuity of a few brave men and women can bring our world back from the brink of extinction.”

The cast list is also rather impressive with Jeff Goldblum making his return, along with Liam Hensworth, Vivica A. Fox, Maika Monroe, Joey King, Bill Pullman, Sela Ward and more! Check out the picture of the cast below courtesy of EW: 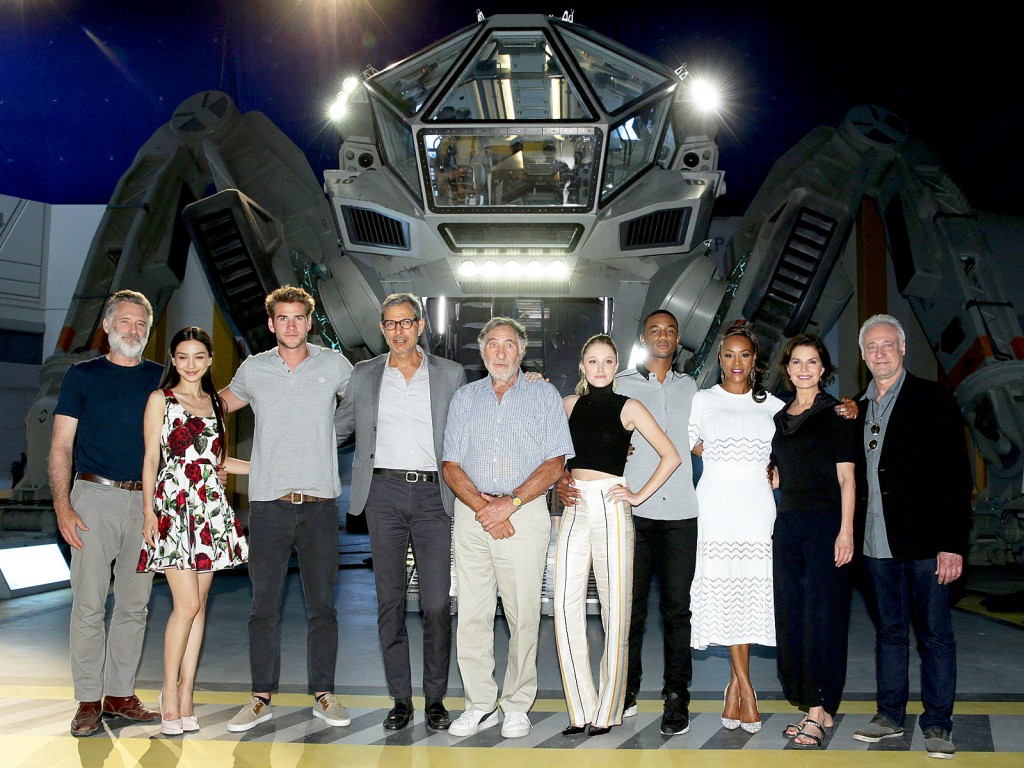 There is also plans for a third film to turn Independence Day into a trilogy.

So anyone else excited yet? Independence Day was a staple of my childhood, a film I always was excited to watch and the special effects never ceased to amaze me. A sequel has been rumored for years upon years and it’s crazy that now two decades later we’re finally seeing the rumors become reality.

Stay tuned to us at the Shed for more updates (and hopefully a trailer soon!) as they are announced!