The Prodigal Son Comes Back To His Most Famous Film

If there’s any franchise that’s taken a beating over the years, it’d be Halloween. While the original is without a doubt one of the all time great experiences in horror, the sequels…eh, not so much. Halloween  II isn’t to bad, and I might be one of the few fans out there who really loves Season of the Witch. But the rest are varying degrees of garbage that did nothing but serve to convolute the franchise into a confusing mess of family curses and utter nonsense. And as far as the remakes go- well, I don’t hate Rob Zombie, but the idea of trying to explain that “The Shape”, an embodiment of pure evil, turned bad because his daddy was kind of an asshole is pretty fucking stupid.

But anyway, it’s now been 7 years since a Halloween film, and decades since a good one, and the franchise has been booted around from company to company like a William Shatner masked soccer ball; basically the prospects weren’t looking all that good. Our fears might soon be over however, because 2017 might be the year he came home all over again- and this time Mikey is bringing a guest. 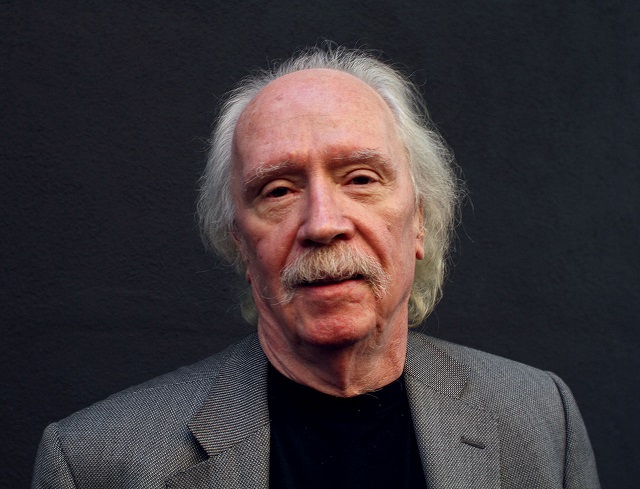 That’s right folks; series father and granddaddy of the slasher flick John Carpenter is returning to his most famous series. In a press release from Blumhouse (because who else) Carpenter confirmed he would be returning to the series as a producer. I’d rather have him as a director sure, but this is a good start.

“Halloween needs to return to its traditions,” Carpenter said. “I feel like the movies have gotten away from that… Michael is not just a human being; he’s a force of nature, like the wind. That’s what makes him so scary.”

Clearly the man gets what makes Michael Myers work, far more than the clowns that took over the Haddonfield Slasher during his off years. And while Blumhouse refuses to confirm anything, Carpenter is also in talks to write the score. Holy fuck folks, I think Christmas really did come early this year. Or Halloween I guess, in this case.

Jeff is Head Writer for The Blood Shed and eats, drinks, and Bleeds Horror. You can send him harassing emails at headoasp@gmail.com