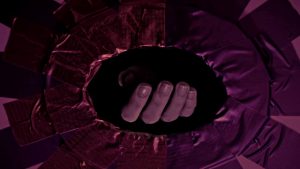 Just when you thought it was safe to use the glory hole. Once there was a time in this world where glory holes were a welcoming place for oral satisfaction from strangers. But, my friends, we live in a different time. Mike Frazier’s film, “Glory!” makes you think twice about putting your clam hammer in a hole in the wall of your local skin flic dispensary. Your spam javelin could be in danger of being removed by an angry dwarf of doom and used to bludgeon you to death. At least that is what happens to the very well-endowed protagonist, properly named The Anaconda (played by actor Glenn Robert), on his stop at the smut-hut. 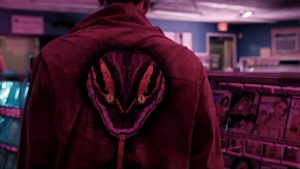 “Basically with Glory! I wanted to do for the glory hole what Hitchcock did for the shower. I wanted to create a dreamy, middle of the night atmosphere that emphasized how separate night feels from day, and I was interested in doing something that had a bit of a retro, throwback feeling.”

This film is dear to me for a number of reasons, one of which is that Glory! was filmed in my home state of Massachusetts. Lately is has come to my attention that all of the horror that comes out of this state is severely fucked up. There are exceptions, I am sure. However it seems as though filmmakers from the baystate are a special kind of twisted. I, for one, wear that badge with honor. When asked if he, himself has ever used a glory hole, Frazier replied, “I never have and I never will.” He then goes on to explain that this is mostly due to a lifelong fear of penis-sized guillotines. 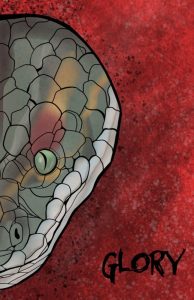 Glory! quickly captivates audiences with its blend of light and a balls-to-the-wall soundtrack from Chris Ricci and Jean Tonique. Director of photography Nick Charello takes us on a walk that makes viewers think, “yea, i’m badass. Lets fuck shit up”. And shit, most definitely, gets fucked up. Running at about eight slightly uncomfortable minutes, Glory! is a beautiful piece of horror. Aside from the obvious horror aspects, the film is very well done. It would be best if you are lucky enough to see it on a big screen with a solid sound system but it holds it own in any format.