Prepare to be awe-struck! 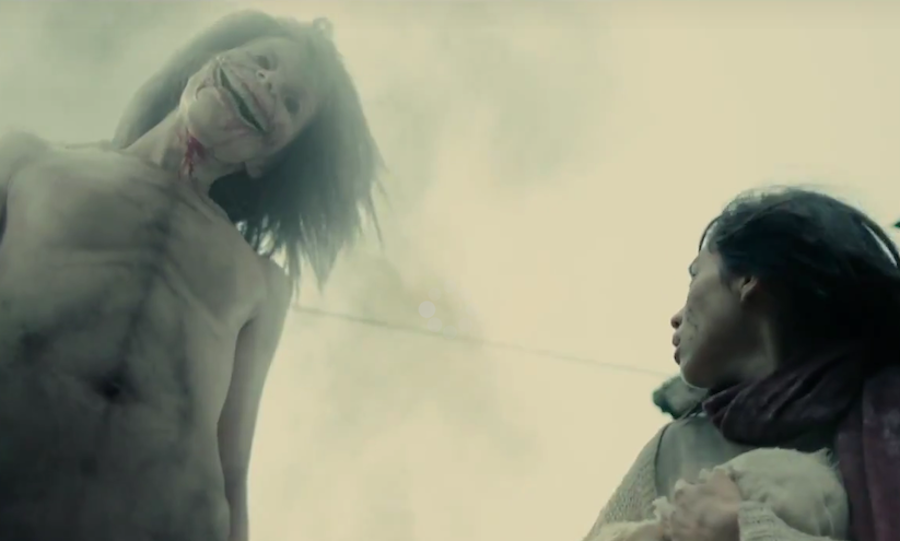 Regarding the last trailer for the live-action adaptation of the Japanese manga/anime Attack on Titan (July 17) I declared that it “eclipses all others!” So imagine my absolute shock when another one comes along that’s even fucking better. Seriously, I’m at a loss for words.

Never mind, I can’t do it justice anyway! Just watch: 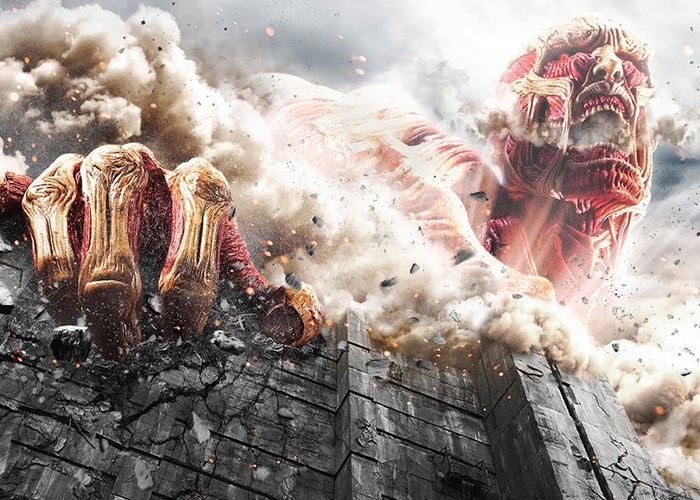 You may or may not have noticed that this trailer lacks subtitles—it hardly needs them! But just in case you’re afraid of missing something important, allow me to translate. My Japanese skills are a bit rusty (read: nonexistent) but I’m fairly certain it goes something like this:

Eren: I will kill every last one of them!

Some Guy: Holy shit! This is totally fucked up!

Another Guy: Damn! Check out that hideous Titan baby!

Those who thought the last couple of trailers looked too cartoonish should be pleased by the incredible detail of the latest—along with the fact that it’s bloody as hell! It truly takes the scope and terror of the film to epic new levels.

Horror fans still scratching their heads over this post-apocalyptic saga that pits humanity against a race of repulsive giants had better get on board. I have no doubt that we are on the verge of full-on Attack on Titan Mania!

As evidence, see the trailer below for an upcoming kids’ show, based on a parody manga, premiering in Japan later this year called Attack on Titan: Junior High. The cartoon is set against the backdrop of Titan Junior High and sees a younger Eren and Mikasa dealing with the trials of growing up while dodging random Titans. In one episode, a Colossal Titan steals Eren’s lunch! Bastard!

Attack on Titan is also venturing into the gaming arena; earlier this year, Attack on Titan: Humanity in Chains was released for the Nintendo 3DS and Play Station 4. Check out the trailer and synopsis below.

Now if you’ll all excuse me, I have to put the latest Attack on Titan trailer on auto-replay for the next 10 or 11 hours while weeping with elation. Hold my calls!

Just one question, though: How can sexless Titans have a baby?

Attack on Titan, the movie, was released in Japan on August 1st, with the second film following in September. No word yet on when it’s coming Stateside, but a North American Distributor has been retained: Funimation Entertainment. We’ll keep you posted.

Are you a fan of Attack on Titan? Are you excited for the release of the movie, the kids’ cartoon, and/or the video game? Sound off in the Comments section!