Weep not for he has been given his well earned rest.

Legendary actor Sir Christopher Lee took his final bow June 7th due to a respiratory complications. Understandingly his family waited to go public about his passing to give time for in-family notification and privacy.

Sir Lee was a genuine article, a one of a kind person who transcended mere acting and was involved in every facet of the arts, never once letting age be a hindrance.

There’s a phrase I have shared many times with people at funerals “There’s no tragedy in the death of an old man”. It was a scene in a movie (I forgot the name) where a boy finds out his grandfather was going to die and he begins to sob. His grandfather hugs him and says “Hush my boy. There’s no tragedy in the death of an old man. I lived my life to the fullest and it’s now it’s your turn to live yours” I can think of few people who embody the spirit of that phrase more than Sir Christopher Lee. This man was one of the most hardest working people ever in show biz. I refuse to say his passing was a loss because I feel that it demeans the amazing life and legacy he leaves the world.

His IMDB film/discography is the most extensive collection of key rolls in almost every major film ever made, it’ll make your head spin.

And in real life he was a bad ass, Seriously. He was part of an elite team of Her Majesty’s Army in WWII that hunted and killed Nazis, Inglorious Bastards style. During the filming of Lord Of The Rings, Peter Jackson told him to “Imagine the sound of a knife stabbing into a man’s back”. He responded with “I don’t have to imagine it.”

On October 30th 2009 he was knighted by Prince Charles in honor of both his service to the arts and numerous charities. 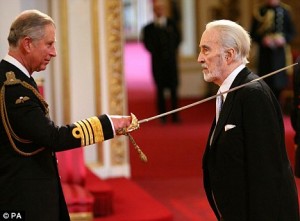 He has released several heavy metal albums, the most recent being last December! (I have it) 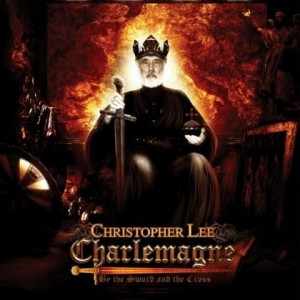 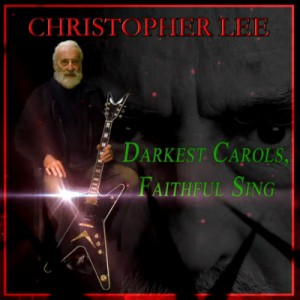 At the time of his passing he had just completed voice over work on Extraordinary Tales and was scheduled to play the role of Lars Ole Hanson in The 11th. His trophy case at home shelves 22 awards including 3 lifetime achievement awards and a Living Treasure award.

At 93 Sir Christopher Lee lived such an amazing life and did so much right up to the very end, that I have to say “Well done Sir. You go rest now, you truly earned it.”