Lovecraft Story by Story: “The Tomb”

In his first story written as an adult, Lovecraft demonstrates his true gifts for the first time

The first couple of stories I’ve covered in this series were essentially just sketches, works of atmosphere and concept with only the most minimally developed narratives.  With “The Tomb,” a stronger focus on plot and structure begin to emerge. 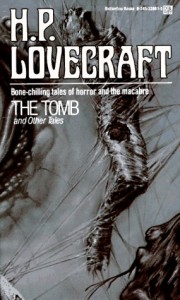 It is the story of a young man, Jervas Dudley, who has developed a fixation on a locked tomb which holds the remains of some of his ancestors from a branch of the family tree which he believes terminates with himself.  As his obsession grows, he begins to see and hear his deceased relations, as if within the tomb time is collapsed, and the past itself lives on.  He also undergoes a transformation in his speech patterns and even his personality, as the tomb exerts its influence upon him.

Eventually, Jervas experiences a complete collapse of temporal experience, apparently reliving experiences from before his own lifetime, or else traveling by spectral means into the past.

The opening paragraph tells us that Jervas is relating all of this from within the walls of an insane asylum.  And Lovecraft allows the story to remain ambiguous as to what exactly Jervas has experienced, and whether it is truly the result of madness.  Jervas is an unreliable narrator, but, taken in the context of Lovecraft’s oeuvre, there must be some credence given to the argument that his “madness” actually comes from “flashes of super-sight which penetrate the common veil of obvious empiricism.” 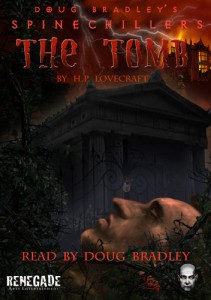 In its fixation on decadent, sinful ancestry, the sense of being out of one’s native time, and the allure of death, and in its ambiguity about the line between perception and madness, “The Tomb” is one of Lovecraft’s more obviously Poe-influenced stories.  In its lead character’s antiquarian fixation and the transformation of his aspect through his explorations, it (like “The Alchemist”) hints at ideas that will later be more fleshed out in The Case of Charles Dexter Ward (1943).  But to dismiss it as either a derivation of Poe or a mere prefiguration of the later novel would do “The Tomb” a disservice.  It stands as a unique, concise take on a few of Lovecraft’s key obsessions as a writer, and is his first really accomplished work of fiction.

The central theme of the story – and a major theme of much of Lovecraft’s writing – is perhaps best summed up by this passage:

I have said that I dwelt apart from the visible world, but I have not said that I dwelt alone.  This no human creature may do; for lacking the fellowship of the living, he inevitably draws upon the companionship of things that are not, or are no longer, living.

There is a film entitled H.P. Lovecraft’s The Tomb (2007), but, despite containing several allusions to the author’s work, the story of the movie has absolutely no basis in this short story.  On the other hand, Australian artist R.J. Ivanovik has created a lovely children’s book version in the style of Dr. Seuss. 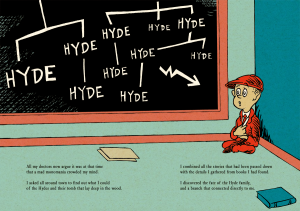 A page from Ivanovik’s adaptation

Much more than his few surviving earlier works, “The Tomb” begins to detail the fixations that will dominate Lovecraft’s writing, and to lay bare the spirit of the man himself.

Enjoy this?  Read up on all things horror here at The Blood Shed, and be sure to visit our Facebook page!