“Martyrs”: The Remake Hardcore Horror Fan Have Been Dreading

And not in a good way…

French writer/director Pascal Laugier was launched into infamous prominence with the release of his film Martyrs in 2008. The film was lauded by horror fans who saw it as the epitome of New French Extremity, while it was simultaneously lambasted by critics for being misogynistic, exploitive, and blasphemous. While those who can connect with the film’s themes and subtext usually find something positive (even beautiful) about the film, horror detractors and those sensitive to gore and violence continue heaping condemnation.

Rumors of an American Martyrs remake have been circulating online for years; directors have supposedly been attached and dropped several times, while names of potential female leads (including Kristen Stewart) have been tossed about with careless abandon. All the while, excitement from those who have heard about the film’s reputation has been dampened by dread from fans of the original who don’t want this masterpiece messed with in any way shape or form.

As an American, I’m in a slightly precarious position. On the one hand, I would love for more people to know this incredible story; if a remake is produced that stays true to the original in terms of themes and action, I don’t see why I wouldn’t support it. On the other hand, I also feel that the original is a nearly flawless work of exquisite brutality, a brave and unflinching opus, and one of the most evocative films ever produced. So yeah, I’m worried that American filmmakers might fuck it up. 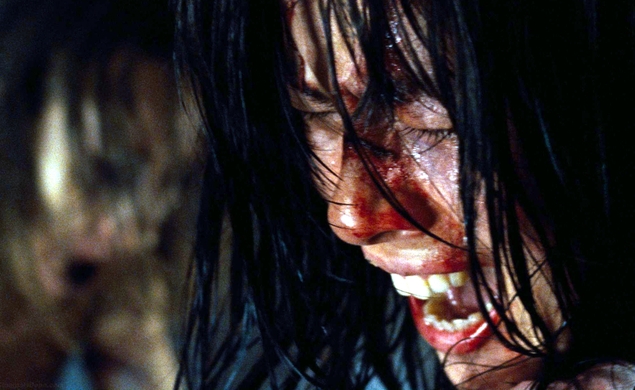 As much as I love being an American, I learned sometime ago that a horror connoisseur needs to look beyond our borders for the best of today’s terror. Thanks to Netflix and their customized rating system, I’ve been exposed to countless films I would certainly have missed otherwise. It opened up a whole new world of fear and anxiety. And while many (if not most) American film enthusiasts also subscribe to Netflix, I’ve come to realize that many aren’t willing to even consider giving a foreign film a spin. This fact alone is disheartening, but the reason behind this aversion is even sadder: A contingency of horror fans will admit to not wanting to watch a foreign movie for a simple reason: They don’t want to read subtitles.

A small part of me gets it; horror, as opposed to some genres, is primarily a visual medium. What’s happening on screen is usually much more important than what is being said. Reading subtitles can distract from sets, scenery, action, and acting nuances like facial expressions and body language. It’s a lot to keep track of and certainly requires a certain mental commitment to the task. But for the most part, I find this excuse really sad; proof that many would rather watch a film they know to be inferior rather than putting in the extra effort necessary to see something brilliant. 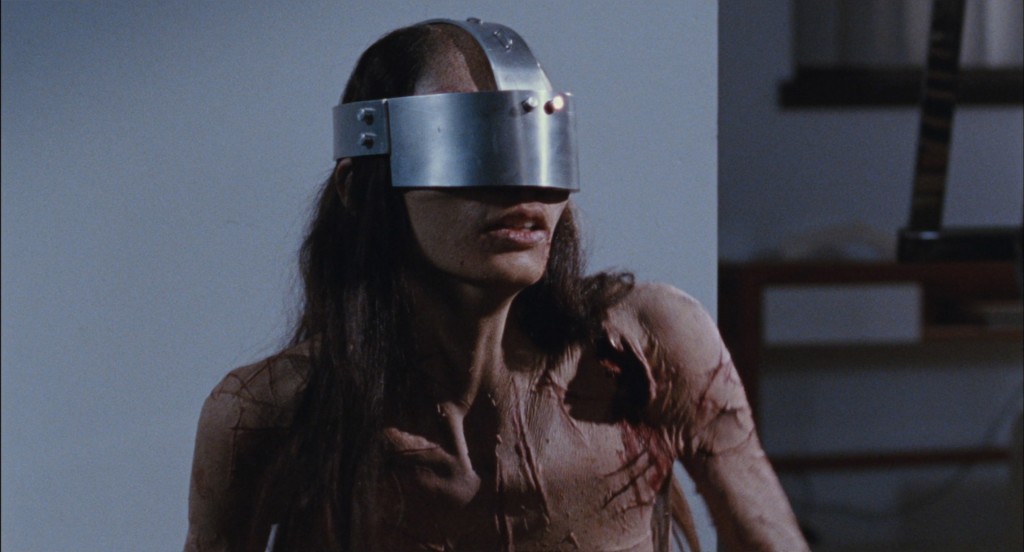 I’m not trying to be insensitive to those Americans who are under-educated or callous towards those with learning disabilities; however those who have access to foreign films but simply choose not to take advantage of them are essentially fueling a remake movement when it might otherwise be completely unnecessary.

“What’s the big deal?” some ask, and “Quit being such a film snob” others chide. In theory, there’s nothing wrong with making different versions of a story to accommodate different audiences, languages, and cultures. But in the case of Martyrs (and many foreign horror movies) it’s very problematic for one main reason: Mainstream American-made horror is very specific in design, and hasn’t been able to produce films of the same intensity as the French (and many others). 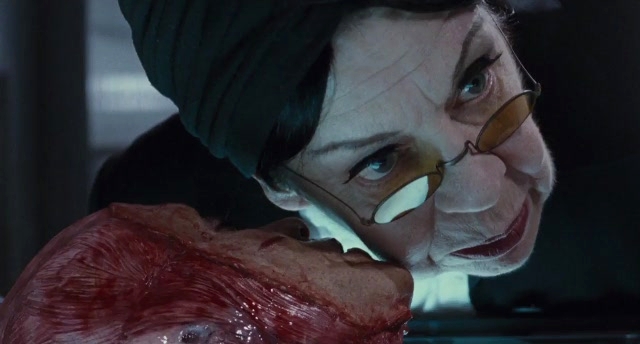 Bottom line: If history is any precedent, mainstream American filmmakers (including producers and distributors) don’t have the balls to produce a film of extreme brutality like Martyrs. Americans want happy endings; they like their movies to make sense; they like themes and plot-points handed to them on a silver platter. Martyrs is simply not that type of film, and any attempt to adjust it to make it more appealing to American audiences will surly water-down the source material. If this happens, the Martyrs brand-named will be diminished by those who will assume that the American remake is simply a replica of the original filmed in English.

On February 9th, the web exploded with news that a Martyrs remake wasn’t simply confirmed—but that filming has actually been completed in secrecy. Bloody Disgusting quoted a source named Fabien M. (no idea of his credentials) who also revealed:

While none of this information can be confirmed by Upcoming Horror Movies (a source I consider nearly impeccable in terms of reporting facts) but an interesting image has been floating around that seems to add credence to these claims.

A sales poster for the American remake for Martyrs was spotted and photographed (below) at Fantastic Fest on February 6th.  As for the poster’s claim that it will be “The Ultimate Horror Movie”, well, I’m remaining optimistically skeptical. 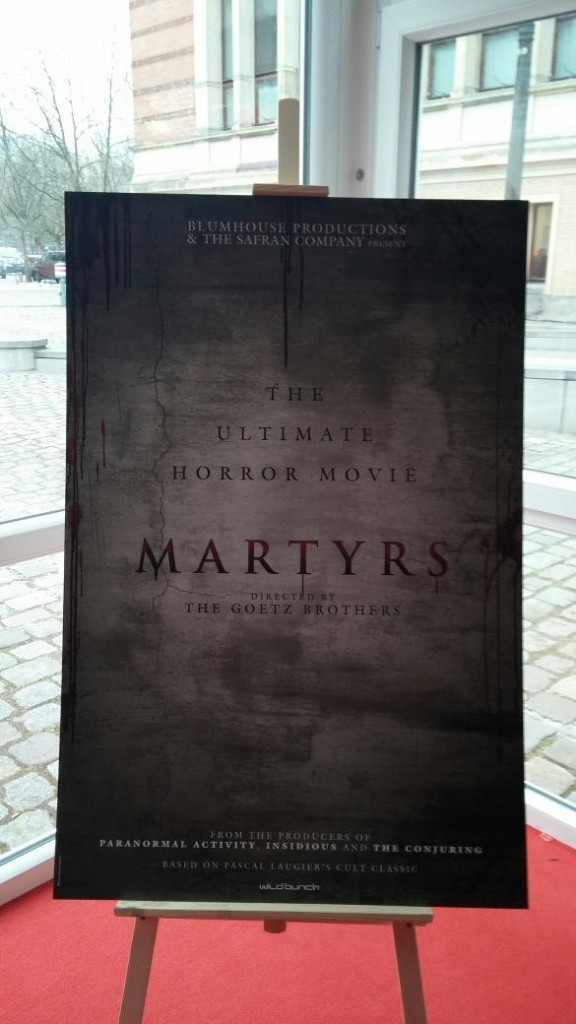 What do you think about an American remake of Martyrs? Is this something you’re looking forward to or fearing like plague? Sound off in the comments section!