Get a sneak peak of the new Made-for-TV version. Premiering on Spike June 22nd

I love Stephen King, and am very excited he has so many projects coming out this year!! We just recently saw new movie trailers for It and The Dark Tower. Additionally Mr. Mercedes will be on Audience/AT&T this summer. I hope each one does horrific justice to Stephen King’s work, something that hasn’t always happened in the past. 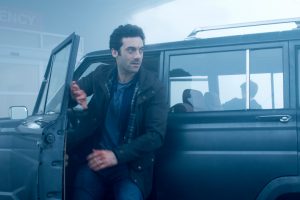 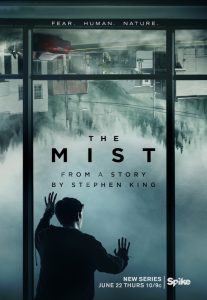 Based on the novella by Stephen King, Spike’s The Mist centers around a small town family that is torn apart by a brutal crime. As they deal with the fallout an eerie mist rolls in, suddenly cutting them off from the rest of the world and, in some cases, each other. Family, friends and adversaries become strange bedfellows, battling the mysterious mist and its threats, fighting to maintain morality and sanity as the rules of society break down.

The feature film version was directed by Frank Darabont but the series will bring on showrunner Christian Torpe. The newest trailer looks gruesome and bloody, just the way horror fans like our Stephen King stories! There are sure to be some new twists and characters added to this version. Check out the trailer below.

Here is the original trailer for The Mist on Spike.