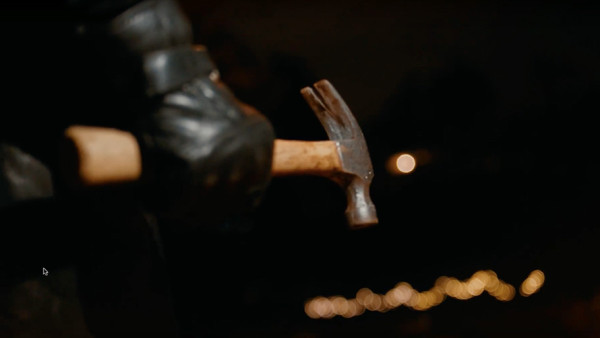 Asian She just released their debut album, Milk the Fire, last July.  Described by one reviewer as “A cross between Cracker and The Cure,” they mesh synth-pop beats with distorted guitars and deadpan vocals.  They came across my radar when I heard the video for their latest track, 6-17, might be a contender for scariest video ever made.

While it doesn’t beat them all, this is definitely upper echelon horror entertainment, something genre fans rarely expect when viewing a music video—especially when the band is relatively mainstream.  Introducing a masked villain who would be at home in a Clive Barker story, 6-17 packs the thrills of a feature film into three and a half minutes.

If you’re reading The Blood-Shed, chances are you like what you just saw.  But if you also like what you heard, you can follow Asian She on Facebook: HERE, and/or purchase Milk the Fire on Bandcamp.com: HERE.

If you live in the LA area, you can see Asian She live at the Silverlake Lounge on Thursday April 7.  Show starts at 10 PM.

Do you agree that the video for 6-17 kicks ass?  Give the band props in the Comments section!