Finally, something horror fans can rally behind! 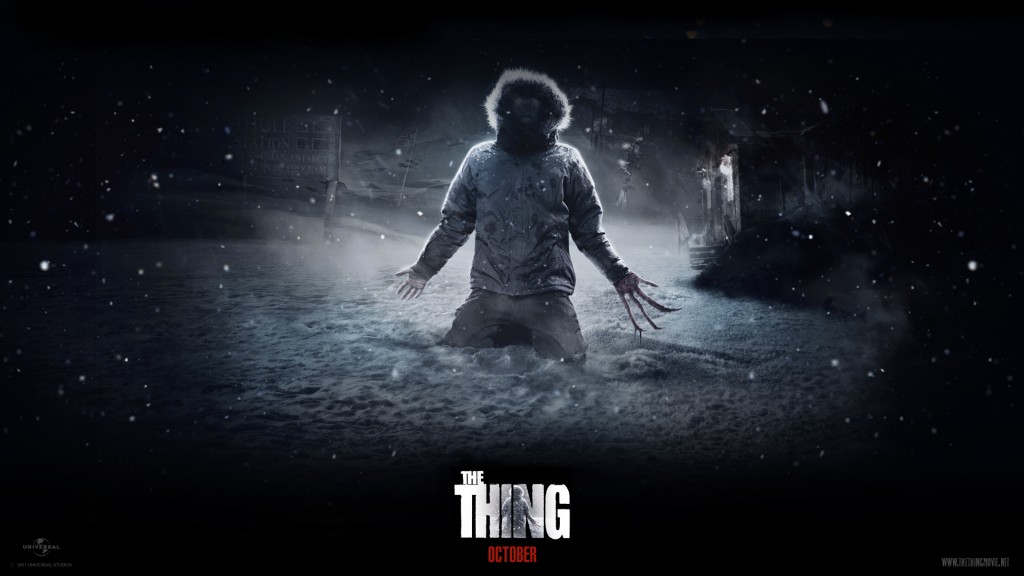 Lately, online petitions have been thorns in horror fans’ sides. We told you about the Boycott Green Inferno campaign that sought to halt the Eli Roth helmed cannibal survival horror on the grounds this it’s “dehumanizing”; we also reported on another petition hoping to derail the upcoming indie horror Del Playa claiming it seeks to exploit a recent, real-life tragedy. While the right to raise one’s voice in protest is an important aspect of freedom to express, most horror fans agreed that these examples are both misguided attempts at social justice that, unfortunately, amount to little more than censorship.

But now, horror aficionado Aidan Cosky of Atlanta, GA has launched a petition a lot of horror fans can get behind. He’s asking Ronald Meyer, CEO of Universal Pictures, to release the “original work print” of 2011’s prequel to The Thing (directed by Mathijs van Heijningen, Jr). While this film was almost exclusively panned, Cosky thinks the work print could change people’s perspectives—possibly transforming The Thing from a hideous disappointment to a certifiable hit. He explains:

“The Thing from 1984 if considered to be one of the greatest sci-fi films of all time. The 2011 prequel, not so much. However, probably the biggest reason why people don’t like it is, because of the terrible-looking CGI. It started with the work print. The executives HATED the practical effects and had them replaced almost completely. Amalgamated Dynamics practical work went to waste. The original work print is unavailable to the public and the executives probably never looked at it twice. If this work print is released onto a 10th Anniversary DVD in 2021, it’ll make quite a bit of money. TRUST ME. If it’s released on DVD, Blu-Ray, and Digital Download, then people will probably like The Thing (2011) a lot more. Well, at least this [current] version. 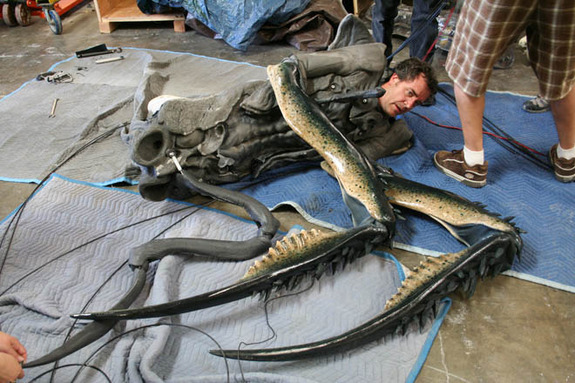 Cosky makes an excellent point and I agree that sterile, uninspired CGI was the main issue that soured me on 2011’s The Thing (and I was incredibly soured to say the least!). Part of what made the situation so frustrating was that the film was actually shot with practical FX. Amalgamated Dynamics, the company hired to produce the movie’s creature FX, were stunned and disheartened upon learning that almost every aspect of their work had been replaced with CGI before the film’s released.

The video below shows some of the unutilized creature work Amalgamated Dynamics created for 2011’s The Thing. Even out of context, I think most horror fans would agree that these FX would have made for a much more engaging and entertaining movie-viewing experience. I’d definitely pay to watch 90+ minutes of this kind of visceral gory mayhem!

In response to this perceived mistreatment by Universal, Amalgamated Dynamics launched a successful Kickstarter campaign to create a science-fiction horror movie using only practical FX, without a trace of CGI. The result, Harbinger Down, recently became available as VOD. You can check out the Blood-Shed’s glowing review by Johnny Macabre: HERE.

Whether or not Cosky’s petition is ultimately successful remains to be seen. While I support his cause, the pessimist in me wonders if online petitions like these are at all effective in promoting action. The Boycott Green Inferno petition, for example, clearly won’t accomplish squat (which is good in that case, but also disappointing proof that this tactic is often less than productive).

But hey, it’s better than doing nothing, just sitting around and bitching about the things that piss us off! And I like how Cosky’s petition isn’t demanding any immediate (and therefore truly unrealistic) action; I like the suggestion of releasing the original work print as a 10th Anniversary DVD/Blu-ray—and appealing to the studio’s sense of greed is extremely smart!

Considering fact that 2011’s The Thing was a critical and financial flop, releasing the work print certainly can’t do the film’s reputation any harm. And if the chance to make money exists, why the hell not? Even after 2011’s colossal disillusionment, I bet legions of The Thing fans (including myself) would be willing to give a fully-practical version a second chance. Am I right?

Read more about Cosky’s campaign and add your name the petition: HERE.

What do you think about Aidan Cosky’s petition for the release of the original work print of 2011’s The Thing? Would you be interested in seeing it if the film were re-released with all practical FX? Sound off in the Comments section!