When Deputy Darlene Whitfield (Arielle Brachfeld) responds to a call, she finds herself at the scene of a massacre.  The Axeman (Bryan Clark) is on the attack once again.  The citizens of Cutter’s Creek think The Axeman is only a legend.  No one takes the idea of him seriously.  The Axeman is about to prove them wrong with each swing of his ax.

A group of Evangelicals are on their way to a retreat.  A group of crooks are searching for loot.  And Deputy Whitfield has gathered up a posse to kill The Axeman.  The Axeman is waiting for them, ready to increase his kill count.  Cutter’s Creek is about to become a battlefield.  Does this group have a chance of surviving against The Axeman?  Axeman 2: Overkill has guns, gore, twisted humor and a high body count.

Joston Theney, writer and director, knew what he wanted from this film.  A gore-fest romp with a high body count.  He didn’t bother making these characters saints.  Let’s be honest, no one goes to a horror movie to see kind and caring characters.  Axeman 2 proves that the audiences prefer carnage over character quality.

This film is a great guilty pleasure.  You can laugh and cheer with The Axeman.  As the film progresses, these characters show their true colors.  So don’t feel guilty about their deaths.  There’s some nice plot twists that add a nice spin to the film.  Axeman 2: Overkill shows us that some legends are real and have no problem killing you on sight. 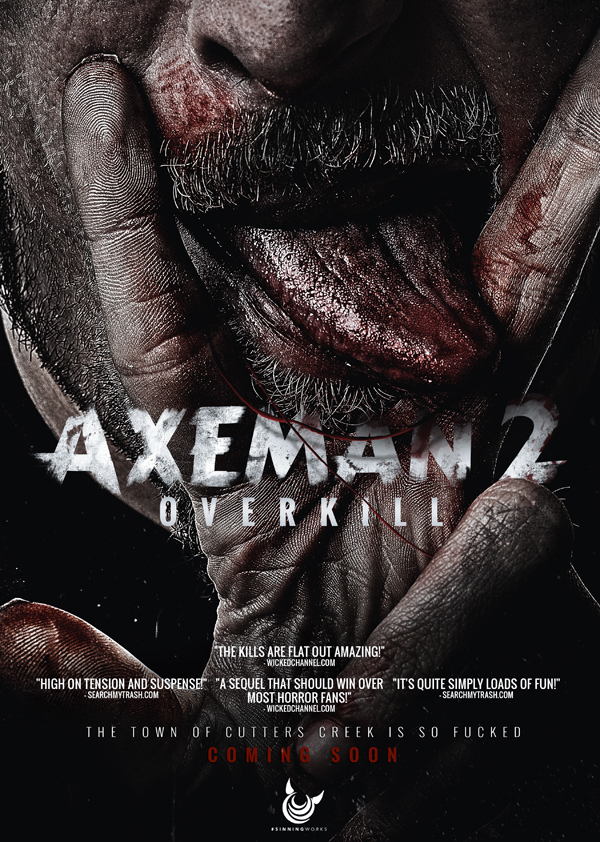