New Orleans is home to the second year of this groundbreaking horror film fest April 19-22, 2018 at the Bourbon Orleans Hotel

The OVERLOOK FILM FESTIVAL has announced it’s full film and event lineup and your Zombie Girl is so excited to be able to attend! Go to their website to see everything that will be offered- tickets are still available!

The Overlook Film Festival is proud to announce its second year programming lineup. In addition to the 40 films (23 features and 17 short films from 12 countries) offered, the festival will feature exciting parties, virtual reality, interactive events, and live performances – all taking place in America’s most haunted city: New Orleans, Louisiana. 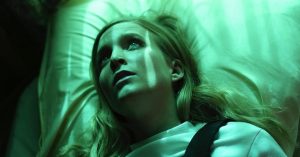 The Centerpiece of the 2018 edition of The Overlook Film Festival is St. Agatha, directed by Darren Lynn Bousman, which will hold its world premiere in New Orleans at the festival.

The festival’s Visionary Award will be presented to modern genre favorite Leigh Whannell, best known for writing the first three films in the Saw franchise, as well as Insidious, and Insidious: Chapter 2, and directing Insidious: Chapter 3. Whannell is an Australian screenwriter, producer, director, and actor who will celebrate his latest directorial effort at the festival, Upgrade. The Visionary Award was established to honor a contemporary horror figure or company elevating the genre, while fostering the community by providing opportunities for new talent to thrive.

In addition to the films and special guests, the Overlook Film Festival will be generously packed with live presentations. The festival’s virtual reality program will feature the world premiere of noted experience creator Jon Braver’s Delusion: Lies Within, a fully immersive, 360 degree episodic narrative from Skybound Entertainment.

Other experiences will run the gamut from live podcasts and storytelling shows, to immersive attractions for an audience of one – including the world premiere of a new show from immersive theater troupe BLACKOUT – and The Overlook Immersive Game, a new alternate reality game that will span the entirety of the festival created by this year’s experience designers Scott Gillies and Nick Tierce, whose credits include a range of interactive projects for companies that include Electronic Arts, Disney, Microsoft, Niantic Labs and Google.

The Overlook Film Festival is programmed by festival co-directors Michael Lerman and Landon Zakheim, and programmer Lili Rodriguez. The schedule, sponsors, and additional surprises will be announced in the coming days. 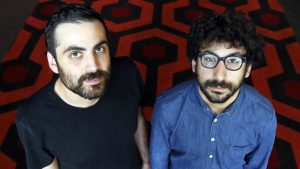 “We’re so excited to unleash this program onto our devoted audience and new fans in this haunted city” said festival co-director Michael Lerman. “It’s such a great year for horror and the varied nature of this program is really a testament to innovative ways filmmakers are finding to frighten, challenge and celebrate the genre.”

Added co-director Landon Zakheim: “We’ve assembled a wonderfully sordid array of some of our favorite storytellers, performers, and immersive artists to create the signature events and shows that round out our weekend-long summer camp. We can’t wait to share the secrets, surprises, and ghosts of New Orleans with all of you.”

This is the one film festival you need to go to! Passes are on sale now at: www.overlookfilmfest.com