Campaign says film is “Too close to real-life”.

What happened in Isla Vista, California, on May 23, 2014 was a tragedy. Now, a group of individuals profoundly affected on that date have launched a petition to halt a film that, they claim, seeks to exploit events that took place in the beachside community surrounding UC Santa Barbara.

The petition, launched by UCSB alumnus Kate Noller, is absolutely worth reading in its entirety; it’s a poignant and emotional statement of purpose: Articulate, accurate, and compelling. It definitely helped me empathize with her continuing grief and I respect the courage it took for her to take action. 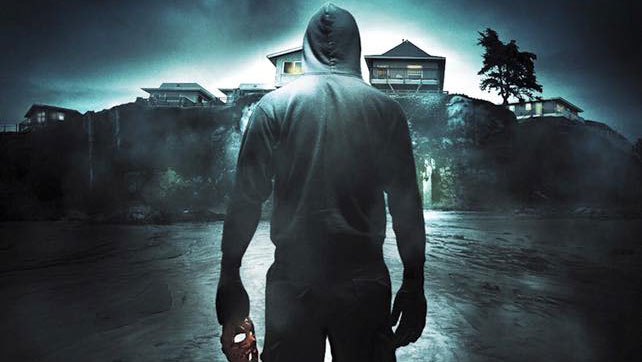 Shortly after 9 pm on May 23, 2014 Elliot Rodgers opened fire up and down the crowded streets of Isla Vista, an area populated, mostly, with UCSB students who study hard by day, and turn out in droves to party hard on nights & weekends. Before crashing his BMW and committing suicide, Rodgers killed 6 people and injured an additional 13. A 140 page manifesto and an online “Retribution” video revealed a delusional, misogynistic 22-year-old who felt entitled to female attention, claiming his violent retaliation was justified. This was to be his “revenge against humanity” for being bullied and rejected.

“In less than one year from the inception of the idea to the answered print, we are proud to present to the world the trailer and poster for our horror film, Del Playa.” – Berger Bros Entertainment, Del Playa Trailer Release

Official Synopsis: Set in the vibrant party atmosphere of UC Santa Barbara’s adjacent town, DEL PLAYA tells the story of Claire Rhodes, a girl with a tragic past that returns to haunt her. Her senior year of high school is shattered by a fellow classmate who’s feelings for her turn to obsession. When a high school dance brawl leads to the brutal murder of her boyfriend, Claire’s fairy tale childhood eviscerates.

Years later, during her junior year at the University of Santa Barbara, Claire’s life seems to be on track: good boyfriend, loyal friends, and a rising star in the psychology department. But on the inside Claire is broken and scarred. A classic example of a wounded healer whose destructive behavior starts to spiral out of control just as her high school stalker reemerges from the shadows on the anniversary of Claire’s high school sweetheart’s murder. The real question is: who will be the first to succeed in the total destruction of her life?

The title is taken from Del Playa Drive, a street in Isla Vista popular with UCSB students.

It’s important to note that Noller and her supporters’ objections to Del Playa are based exclusively on the film’s trailer. Del Playa has not been released in any form.

“It is clear that the creators of this film conceived their idea immediately after the Isla Vista shootings, seeking to profit off the horror felt by the students and community. The horror film “Del Playa”, produced by Berger Bros Entertainment and directed by Shaun Hart, follows the actions of a disturbed individual who does not deserve to be memorialized in film.

The film Del Playa intentionally seeks to commoditize the death of six beloved students, and makes light of the tragedy faced by the entire Isla Vista/UCSB community. Del Playa not only justifies the motives behind the Isla Vista gunman, but also glorifies his actions. Releasing such a film merely 18 months after this tragedy recreates the helplessness and horror felt by the Isla Vista community.”

In response to the petition, Hart (himself a UCSB alumnus) released a statement that reads, in part:

“First and foremost, I would like to publicly apologize to everyone who has been offended in any way by our making of this film.  It was never our intent to monopolize on the tragic shootings in Isla Vista that took place last year.  While I do admit there is the connection of Santa Barbara, this film is not about Elliot Rodger.  The fictional character in the film is not meant to portray anyone in particular. It is meant to portray incidents that take place, not only in Santa Barbara, but across the country on a daily basis.

As a graduate of UCSB and a former resident of Del Playa, that day was a knife to my heart.  For me, the actions of one individual tainted a lot of good memories of an innocent time and brought darkness to a place that should only be home to the hopes and dreams of the young.”

According to the Santa Barbara Independent, Noller said that she’d be willing to settle for a change in the movie’s title, and profits from the project going towards a memorial fund for victims and families affecting by the shooting. “They have the right to make the movie, but it shouldn’t be profiting off the death of students. It’s a horrible precedent to set.” 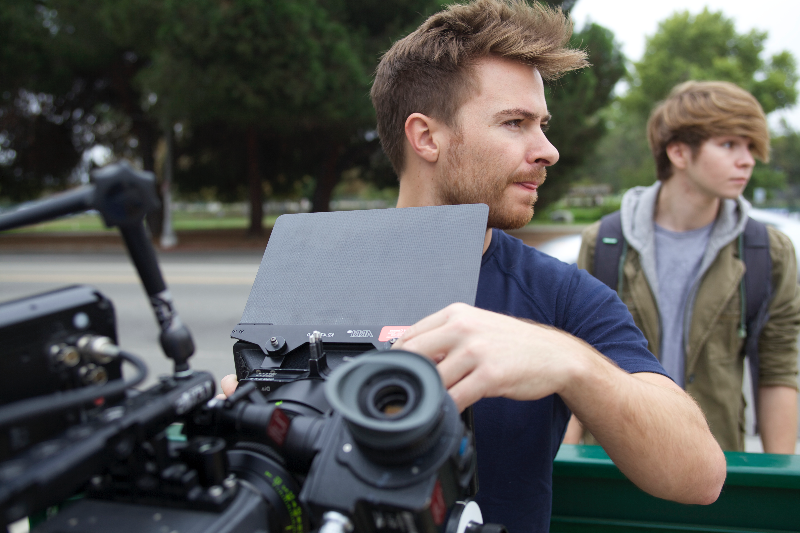 Noller is 100% correct about setting a “horrible precedent”, but we disagree on how.

Of course Del Playa was conceived in the aftermath of 5/23/14; Hart was there, and himself deeply and irrevocably affected by it. As an artist, in his case a filmmaker, it’s completely natural to make a movie as a way of processing those events. Art is excellent therapy.

Noller doesn’t seem to realize that this precedent has long been established; most creative manifestations initiate from actual events in an artist’s life. And this isn’t at all uncommon. Every war movie, every Holocaust drama, every story of tragic consequence is based, somehow, in reality. This is a far cry from “profiting” off of death; if anything, it’s a remembrance of life and a reminder to appreciate however much time we’re allotted. And speaking of profiting, indie filmmaking isn’t exactly a boon industry; many films, both big-budget and independent, never recoup their production costs. If anything, indie filmmaking proves that Hart is, primarily, artistically motivated.

I’ve always been of the opinion the life influences art, never (or extremely rarely) the other way around. As an art form, horror movies hold up an especially harsh mirror, forcing us to examine society’s darkest realities–sometimes ad nauseam. It’s not always pleasant, which is exactly why the genre we love isn’t for everyone.

I would only ask Noller to suspend her judgment, at least until the film is released. Naming the film “Del Playa” clearly connects it to that tragic day, but, truthfully, most movie viewers won’t make that instant connection. Ironically, Noller’s petition will most certainly have the opposite effect of her intension, increasing the awareness, buzz, and marketability of Del Playa. I just hope Hart and company produce a final product that warrants making such an obvious (and for many, painful) connection.

The “horrible precedent” is that if this petition were successful at halting Del Playa’s release, it would empower other misguided attempts at derailing films deemed, in whatever way, to be offensive. Art can be rough sometimes, and you’re welcome to express your informed opinions regarding its cultural validity. I respect that. But freedom of expression comes first, so please stop trying to block access to something we might appreciate just because it bothers you. Instead, let’s talk about it and hug it out—or at the very least: Agree to disagree.

My sincere condolences to all those effected by the tragic events that took place in Isla Vista on May 23, 2014.

What’s your opinion about Del Playa and films inspired by real-life tragedies? Is it simply too soon for a movie that makes such a bold connection to that dark day in 2014? Sound off in the Comments section! 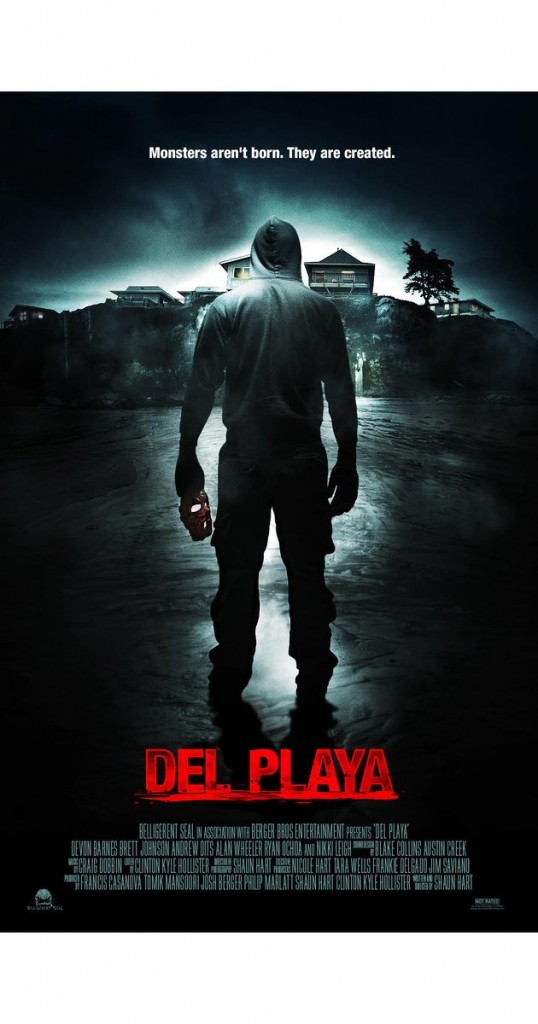