His images have been described as “liquid mountains”.

A big “Thank You” to the folks at Bored Panda for putting this one on my radar! 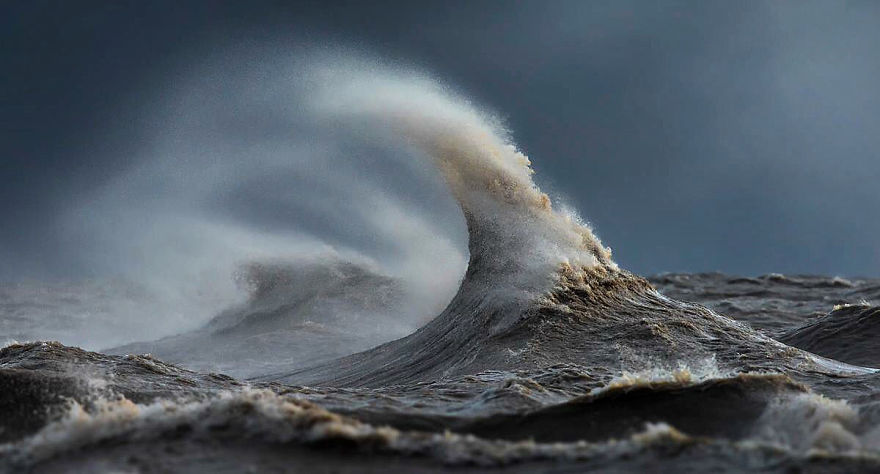 The Witch of November

Canadian photographer Dave Sandford has captured some truly amazing images in the autumn waves of Lake Erie.  His photo essay captures haunting, often violent pictures that personify Nature at her most dangerous and mischievous.  A sports photographer by trade, Sandford has always been captivated by the allure of lakes and oceans.

His images have been aptly described as “liquid mountains”.

In his own words:

“Since I was a kid, I’ve loved to be on, in or around water. I’m fascinated by the sheer raw power and force of it, captivated by the graceful movement of a wave and mesmerized by light dancing across it.

“Over 4 weeks for 2-3 days a week, sometimes 6 hours a day, I did the 45 min drive to Lake Erie. The images here were made using my Canon gear, 1Dx body, 400mm & 70-200mm lenses, protected from the elements by my Aquatech sport’s housing and sport’s shield gear. Shot during the month of November on the North shore of Lake Erie, about 500’-600’ off-shore from a small lakeside community called Port Stanley, Ontario.” 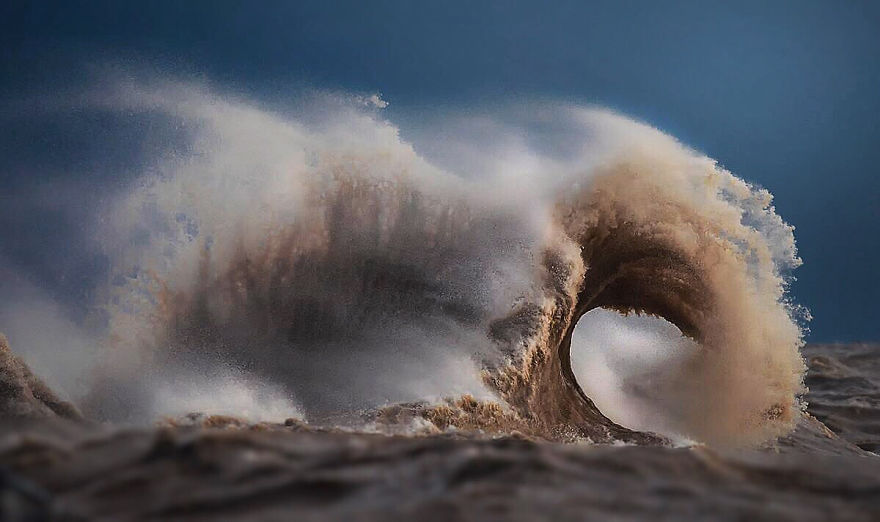 Most people imagine lakes as placid and serene, but The Great Lakes are anything but.  A combination of shallow depths, seasonal gusts, and powerful currents can collide with explosive results.  The conditions on Lake Erie alone may be responsible for as many as 8,000 shipwrecks since the 1700’s (most of which were never recovered).  In fact, the moniker Erie comes from the indigenous word “Erige” meaning “cat”, a testament to the lake’s fickle and ferocious tendencies.

With titles like The Witch of November, Lake Erie Monster, and Creeping Death, Sanford’s photo essay unfolds like a survival-horror movie, eliciting palpable dread intertwined with undeniable beauty.  There’s a Melvillian vibe that permeates this chilling series: Alluring and foreboding at the same time.  I know I’ll never think of lakes quite the same. 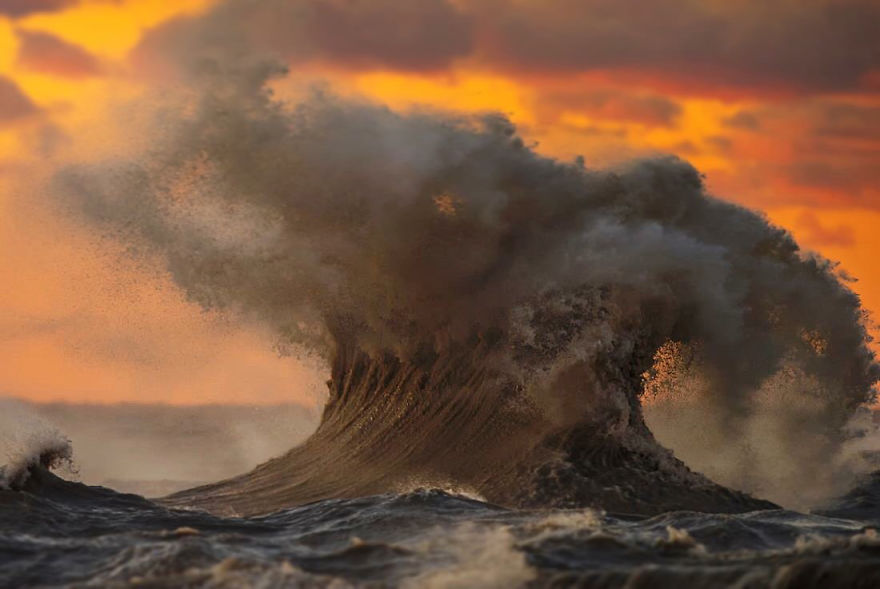 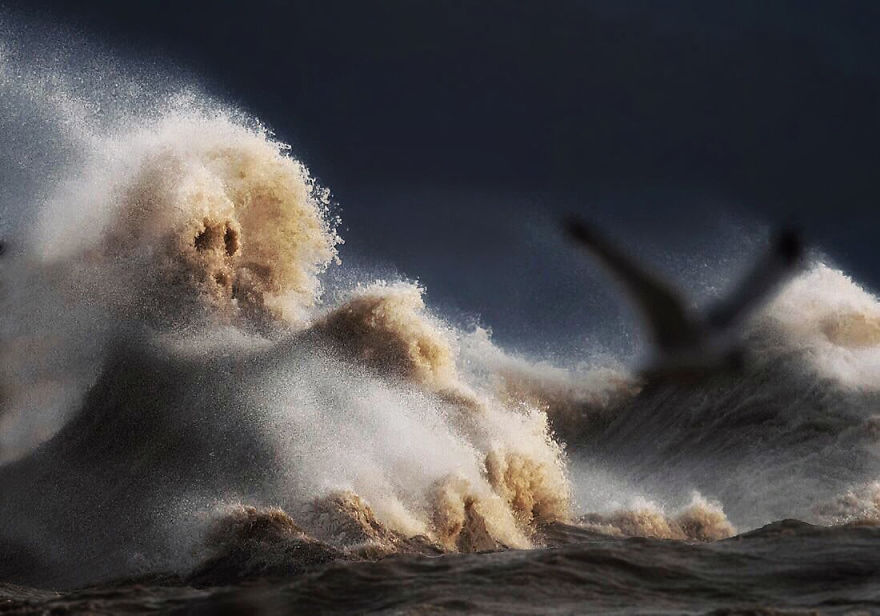 The picture above, Eerie Erie, is the most surreal and otherworldly of the bunch.  A hooded figure rising from the clashing waves could be a screenshot from The Sorcerer’s Apprentice.  The out-of-focus bird in the foreground glides into the tempest, unaware of the liquid spector reaching out to grab her.  Incredible! 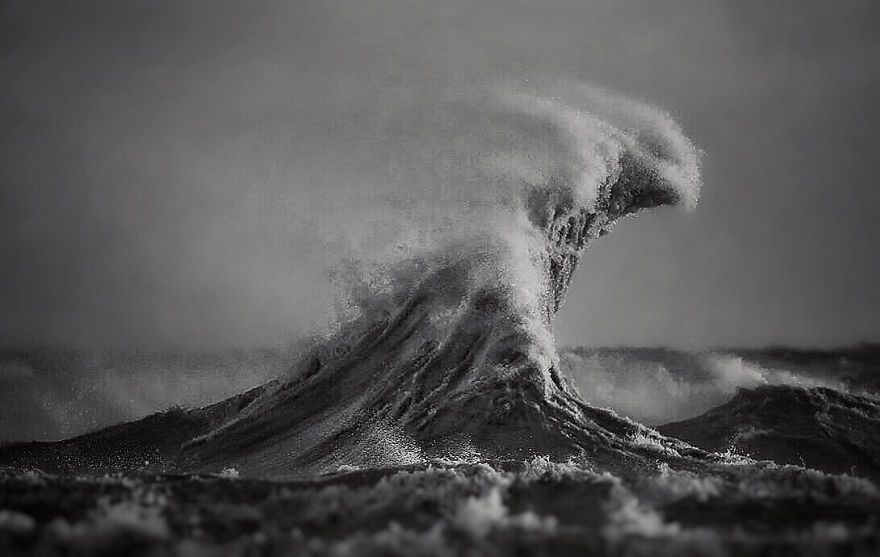 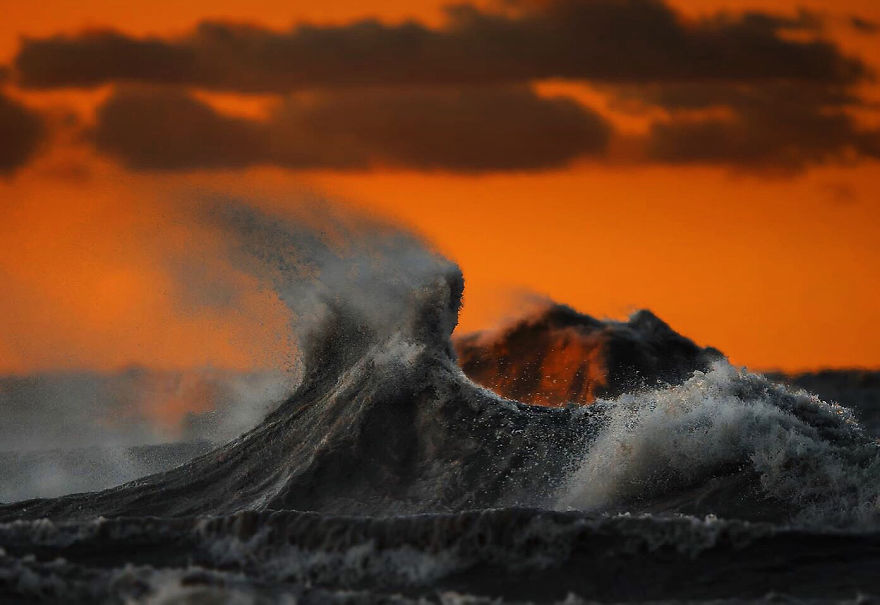 You can read more about Sandford’s process and motivations, as well as peruse more photos in this series: HERE.

What do you think about Dave Sandford’s photo essay?  Sound off in the Comments section!