When most people think of vampires they think of Transylvania but did you know that at the time of... 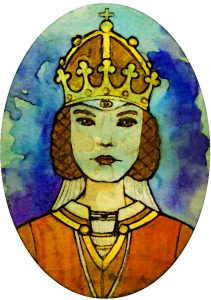 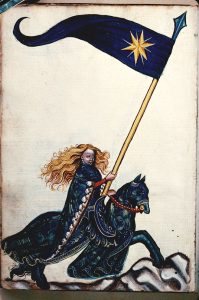 When most people think of vampires they think of Transylvania but did you know that at the time of Vlad the Impaler’s reign the region was under Hungarian rule? Have you heard of Elizabeth Bathory who is seen as inspiring Carmilla and Dracula as well as being in Guinness World Records for most kills for a woman serial killer? These weren’t the only Hungarian royals to be accused of being vampires another was the 15th century Queen Barbara De Cilli. The latter is hardly mentioned in any literature despite being another source of inspiration for Carmilla and a co-founder of the Order of The Dragon which Vlad Dracul was a member of and even got his name from (Son of the Dragon). So what led Barbara De Cilli to be accused of being a vampire, she wasn’t involved in impaling people or bathing in the blood of peasant girls so what else could she have done. Like with Elizabeth Bathory she offended other nobles in particular the Hapsburgs. After her husband Holy Roman Emperor Sigismund’s death they saw her as a potential rival to power as she had been in power for years, had co created the Order of the Dragon and unlike many royals at the time could do a lot more than sign her name (she could speak 4 languages). A strong woman was an easy target for accusations of witchcraft and vampirism as it was seen as uncommon and not natural for a woman to be smarter and more powerful than a man. Then there is accusations of supporting a female harem and lesbian orgies because once a husband is away or dead apparently that is what idle royals turn to or so the nobles would have you believe. More accusations involved drinking blood at Holy Communion which has also levied at her daughter Elizabeth, who was being supported by her mum in the bid to become Queen of Hungary. Yet again there was little evidence to support these claims, however as Churchill said “Victory is written by the victors “and this was the Hapsburgs.

David Jenkins write comics, short stories and screenplays in all spec genres as well as historical fiction. He regularly blogs about writing, the horror genre and reviews at several sites including Bloodshed and Comic Book News UK. His first Kickstarter campaign for Vampires Of Hungary: The Holy Roman Empire and staring Barbara De Cilli will start in late March for more info follow David on social media at https://www.facebook.com/davidjenkinswriter   and https://twitter.com/davidjenkwriter.