I’ve only read a few fantasy comedy books but this is definitely the best one. The main characters are all well developed despite being based on stereotypes so the... 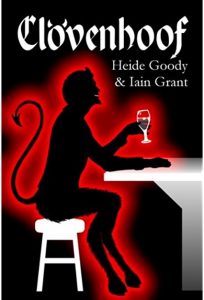 I’ve only read a few fantasy comedy books but this is definitely the best one. The main characters are all well developed despite being based on stereotypes so the comedy lines don’t feel forced. There’s also a great mixture of characters from a man eater to a nerd who plays with miniature soldiers. Then there’s  Clovenhoof (the devil) not only is he utterly ill prepared for life on earth making several mistakes like giving concert tickets away for free rather than getting money. He’s likeable in the many mistakes even when they hurt people like ordering sex doll via his friends’ credit card. The religious elements are also funny with how much like a bureaucracy heaven and hell are. The chapter titles are great as well where they sum up what is going to happen in the chapter in a sentence. In fact I think more books should do this as it doesn’t ruin the surprises as you wonder how they get from one point to the next. My only complaint was the parts with Spartacus (a kid Clovenhoof teaches at one point) and the reanimated hand which seemed pointless as he wasn’t a main character and didn’t effect the plot. In fact he slowed the story down  as it was reaching its crescendo. Overall​ the book is extremely funny, has well developed characters and plenty of surprises. The only problem is Spartacus and the hand parts which slow down the story and are pointless but they’re only a few paragraphs.