Cowboys and Indians is a real life horror story

Emilia Ruiz has created a horror short that will tear your heart apart. I was lucky enough to screen Ruiz’s film, “Cowboys and Indians”, at the 2018 Happenstance Horror Fest and believe me when i say that every jaw was on the floor and every eye was damp. 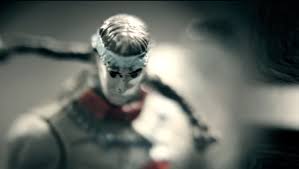 Without giving away too much, “Cowboys and Indians” is a tale about a young boys encounter with domestic violence. We begin the film with the boy (played exquisitley by David Criville) playing with his toy figures as all boys that age do. It isn’t long before the dialogue takes a dark and horrific turn. 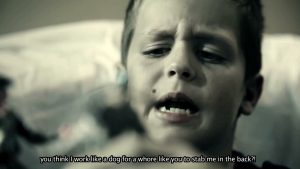 Running at close to only five minutes, “Cowboys and Indians” is as effective as it is soul crushing. I tend to favor films outside the average realm of horror and this film did the trick. Ruiz’s film makes you think, feel, and become perfectly uncomforatble. Domestic abuse is a very real horror and this film shines a light on it that cannot be avoided.