Scream Queens is the primetime horror TV show we have all been waiting for. Centered around an upscale sorority with a wicked sort of past and a rising body-count, Scream Queens is filled with hair-raising kills and bloody-good laughs. 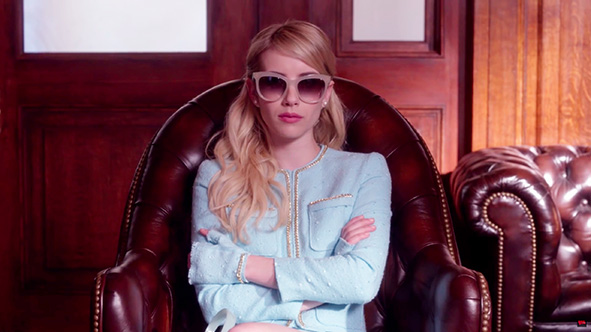 Chanel is the leader of the evil-sorority clan whom is seemingly obsessed with perfect looks and keeping the sorority exclusive to those only like them. When the dean played by the Queen of all Scream Queens (Jamie Lee Curtis) does her best to bring down the house by allowing any student to join, Chanel and the rest of the members practically have an anxiety attack.

We are introduced to Grace who is a nice, down-to-earth kind of gal that wants to join the sorority to follow in her late mother’s footsteps. A barista Grace meets named Pete warns her about the sorority by saying that there’s evil at it’s core. Grace brushes him off and still plans to join. 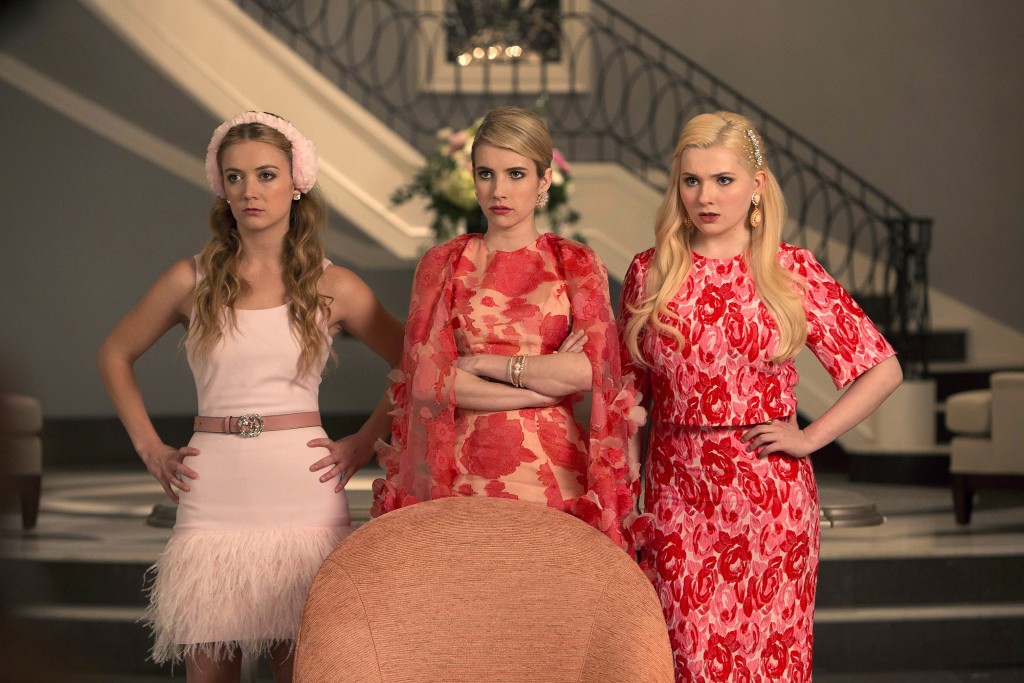 During the initiation night, Chanel works hard to scare the new dorkified pledges away by faking a murder right in front of them. But when things don’t go exactly as planned, the new pledges have a different kind of agenda– hiding a body. As tensions rise from the fear of being next on the chopping block, the sorority tries to keep it together. Grace believes there is a link from a crime that happened twenty years prior and begins investigating any possible similarities.

The pilot episode is an intriguing one, with various elements to keep the pace and story flowing. There were plenty of subtle jokes strung in the episode that I loved because they match my sense of humor. Watching the Chanels together was quite awesome because they all seem to have some sort of on-screen chemistry with each other that works perfectly to set the show’s mood and tone.

While most of the realism bought to the show is quite over-the-top and highly exaggerated, it just adds to the comedic aspect of it. Scream Queens does however have a very real chick-flick feel to it which may turn potential fans off. Hopefully people will still give the rest of the season a chance because I think it does look rather promising.

Stay tuned to the shed for more recaps and reviews of the remainder of the season.