Scream Season 2 Premiere: Bloody & fun but still needs to live up to season 1

A spoiler-free review of the Season 2 premiere of Scream

Scream is back! After ending with a rather shocking cliffhanger, fans like myself have eagerly been awaiting the show’s return. Last season, the first episode recap I did remained spoiler-free in hopes to motivate others to watch for themselves and I’d like to stick to that decision again. However, never fear, the rest of my recaps will contain spoilers, probably massive ones at that. In any event, on to the show! 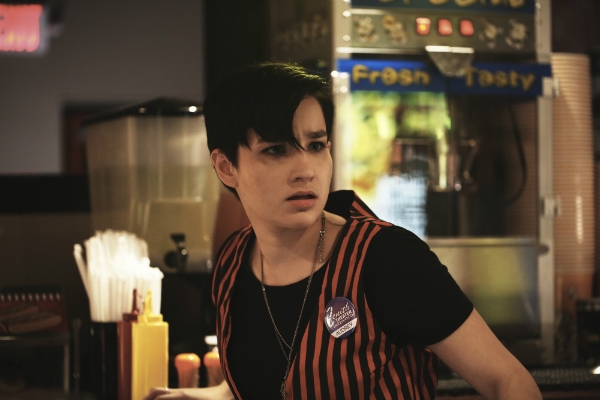 We are introduced to the town of Lakewood again, seeing our fan favorites still coping with the tragedy that struck their town in the recent past. Noah is hosting a podcast fittingly titled ‘The Morgue’ where he discusses the murders and his possible theories of an accomplice that may have aided Piper in her ruthless killings. Audrey is being harassed by an unknown assailant who knows she has connections with Piper and seems quite determined to let the truth be told. Brooke and Jake are still a thing but are keeping it on the down-low due to Brooke’s father. Emma has been away recuperating and her friends plan a special surprise welcome-home party to help ease her return. And of course, who could forget Kieran, whom is still dealing with the death of his father and tries his hardest to be there for Emma.

We are also presented with several new characters that I can sense will be playing key characters in the episodes to come. Zoe, is a classmate of Emma and her friends that Emma feels she can trust. Ms. Lang is a new teacher at Lakewood High that Noah has developed a crush on which I am assuming becomes an older role-model to Emma, much how Piper did in season one. There is a new sheriff in town, and what do you know, he has a teenage son as well! Gus is the deputy’s son and already seems to be creeping around.

Now, the opening of this episode was pretty fun and thrilling but I’m not too sure it was what I was hoping it to be. Last season’s pilot episode opened with a bang, that really set the tone for the rest of the series– or so I thought. The rest of the episode was relatively slow-moving with some gruesome parts thrown in there. One of the major characters meets their demise but unfortunately it was something I saw coming early on in the episode. However, the killer was still quite grotesque and chilling. I don’t know, I guess I was just expecting the season premiere to be a bit more thrilling and stimulating. I still enjoyed watching it of course, because some of the character’s story-lines I feel need to be developed more and I believe they will be interesting to watch.

The preview of the rest of the season seemed interesting and I really hope the show redeems itself after this lackluster opening. Stay tuned to the shed with more episode recaps as they are released.