Most terrifying manifestation of parental anxieties since “Eraserhead” 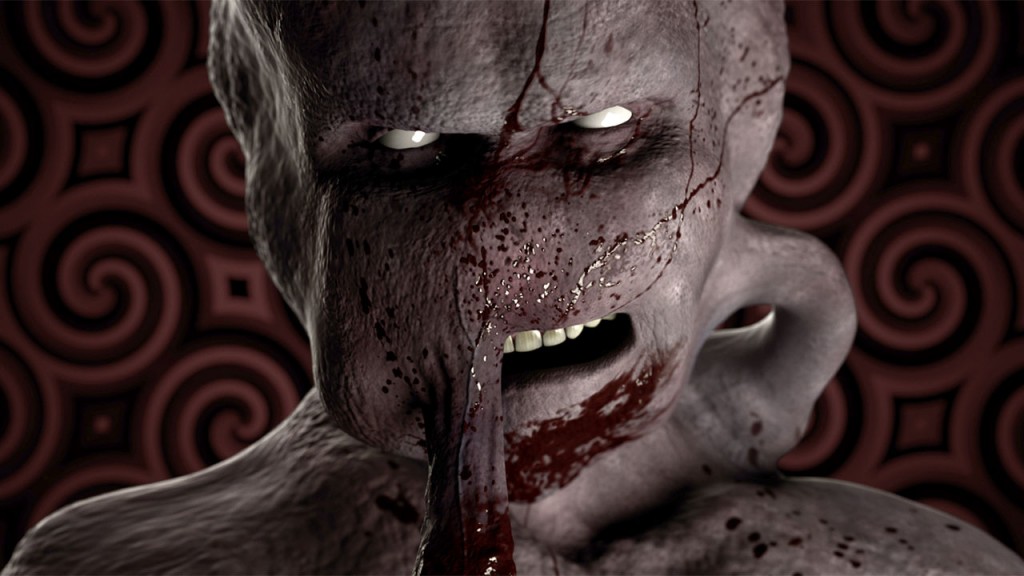 The great thing about bringing shorts to our readers is that, as opposed to full-length features, you can learn about a film’s existence, watch it, and discuss it all in a single sitting, and spoilers are a non-issue. The internet is awash with short, experimental films that push the boundaries of visual storytelling, often with disturbing and shocking results. You can trust me to sift through the voluminous before bringing you the best examples of unnerving, cutting edge horror.

Self-Assembly (2014), produced and directed by Ray Sullivan, is based on comic strip stories and characters created by Cathal Duggan and Garret Shanley (who also wrote the script). It features some incredible retro creature FX courtesy of Bobby McGlynn. While it may appear a disarming 50’s throwback along the lines of Little Shop of Horrors, I promise you Self-Assembly is not suitable for younger children and probably isn’t even safe for work. In other words, it’s pretty fucked up. Enjoy!

Be sure you watched the above video before proceeding. Spoilers abound below.

Self-Assembly is the most terrifying manifestation of parental anxieties since Eraserhead; fans of David Lynch will instantly recognize his influence. It’s every horrific consequence of parenthood presented with an almost mean-spirited enthusiasm. After only a few short seconds, viewers are slapped with every mother/father’s worst nightmare.

It’s set in a nonexistent period of time, one that looks pre-1970’s, but also includes laptop computers. In this way, it’s similar to films like Fido, It Follows, and other movies that mix ultra-modern fears with nostalgic fantasy in a way that hooks a viewer while simultaneously confounding him. But what at first appears to be light hearted musing with a visceral edge descends into something much more cynical—and extreme. Soon, the gore and violence tip the scales on parody, leading to a shocking climax that feels exceptionally cruel.

While the ending attempts to put an all-for-the-best spin on the entire situation, it leaves enough uncertainty to almost demand repeat viewings—whether we want to or not. Questions will nag you: Was the vomiting monster with his phallic proboscis sent to human parents by mix-up or devious design? Were they targeted? Remember, the internet ad on the woman’s laptop seemed unusually insistent.

And while his reunion with who we can only assume are his biological parents may seem like a turn towards light hearted absurdity, but did anyone else notice that the car this happy “family” zoomed off in looked an awful lot like the one the ran down the young boy in Self-Assembly’s opening moments?

And who exactly is this mysterious Salvo with a grin that could chill the devil himself?

See what I mean about the necessity for multiple viewings? Must re-watch immediately!

What did you think about Self-Assembly? Do you think it’s an indictment of apathetic/absentee parenting, or just a twisted and bloody romp? Sound off in the comments section! 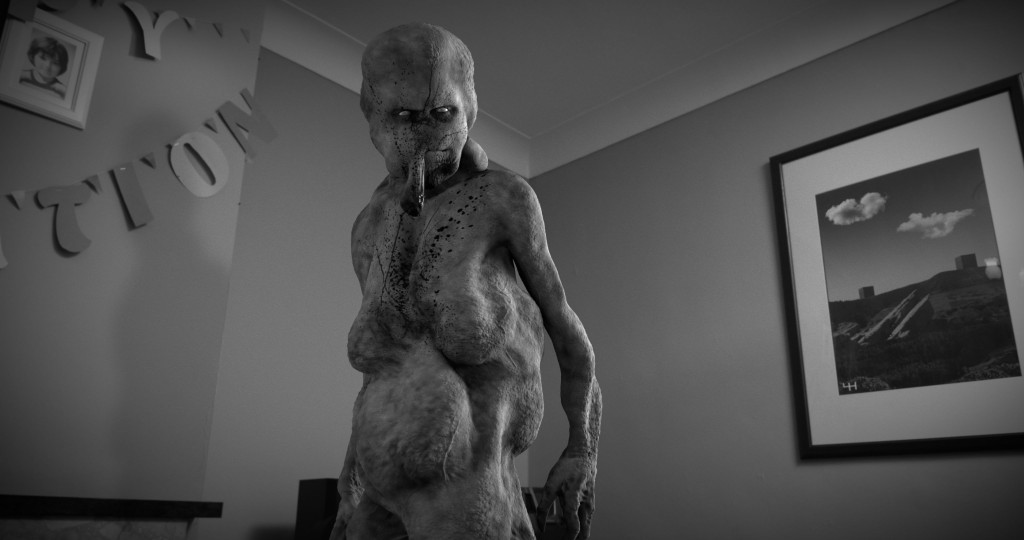