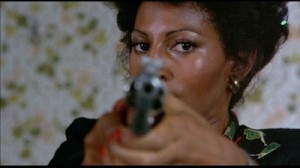 Arrow Video, the kings of cult, released the incomparable Blaxploitation classic, Sheba, Baby, on February 9th. Starring the sexy, sultry, one of a kind, Pam Grier as Sheba Shayne, a former police woman turned private eye, who goes back home when her father, Andy (Rudy Challenger), is roughed up by some thugs working for a man named Pilot (D’Urville Martin), who’s trying to take over his loan company. When Sheba is almost killed by a car bomb placed by some of Pilot’s men, she goes to her former police force and finds no help. Sheba and her .44 take matters into their own hands.

Sheba, Baby was Pam Grier’s follow up to Coffy and Foxy Brown, however,  she wasn’t interested right away. Coffy and Foxy Brown featured prominent nudity from Grier and she wasn’t too keen on the idea this time around. The producer, David Sheldon and director, William Girdler (Three on a Meathook, Abby) really needed Pam Grier on board and got rid of any nudity outside of some tasteful side-boob. 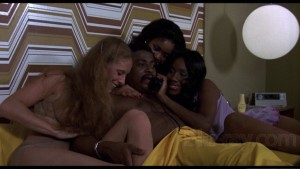 While the acting won’t win any awards, it doesn’t detract from the fact
that all the characters are very fun. The good guys are good to a fault and the bad guys are scumbags. Pilot (Martin) deserves some special recognition here. When he Andy Shayne to broker the deal to buy the loan company, he is in bed with 3 women that are simultaneously rubbing up on him. It just oozes the type of antagonistic cheese seen in Blaxploitation films. Even Black Dynamite, the impeccable tribute to Blaxploitation, had a similar scene, except it was Black Dynamite himself with the multiple ladies. 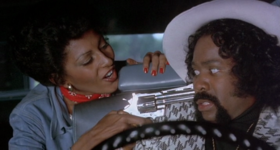 Sheba, Baby is a 1970’s time capsule of clothing, cars, music and culture, and with Arrow Video’s stunning 1080p transfer, all these elements are presented in stunning clarity and sharpness not seen even when the first take was burned onto the celluloid. The audio is presented in its original mono that sounds as good as the day it was first laid down. The soundtrack is super funky and bassy with 2 bookend style songs like “Sheba, Baby” giving an intro to the character, and “She Did It” celebrating Sheba’s triumph over injustice

While Sheba, Baby is not the favorite of most Pam Grier and Blaxploitation fans, it is still a great time and should be on the shelves of Pam Grier fans everywhere.