It's the most wonderful time of the year... 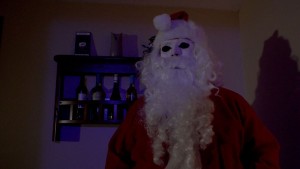 Scarewaves director Henrique Couto (interview here) is at it again, this time with a pretty cool Christmas short film. If you’ve read any of my reviews in the past, you’re probably aware that there are a lot of indie horror directors who I am embarrassed to have to admit I’m not too familiar with. Henrique Couto was one of those guys, but after seeing the super awesome short known as Christmas Presence, I’m gonna have to check out the rest of this dude’s stuff. 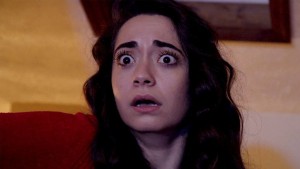 Christmas Presence is everything a short slasher film should be. The cinematography is beautiful. The music is great. And while the story may not be the most original to you if you’ve heard the urban legend of the babysitter and the clown statue, this short is super fun, yet creepy as shit. And with a runtime of just 5 minutes, what do you have to lose? You might as well check it out for yourself and see what I’m talking about. Major props to Henrique for putting together one of the coolest short films I’ve seen in awhile. Be on the lookout for more short film reviews in the future…but for now, I advise you to check this short out in order to get your fix of holiday cheer.