Sick F**K: Does Liking Exploitation Cinema Make Me a Creep?

It’s a question every fan of violent films has asked themselves at some point; why do I like this shit? I’m not talking about the mainstream torture-porns like Saw or Hostel, or even some  of the more famously controversial films like The Exorcist. As disturbing and messed up as those movies can be they are a drop of blood in the bucket compared to larger realm of exploitative horror.

What  I’m talking about here are the Snuff Film 102’s, the Murder Set Pieces, the August Undergrounds; the truly sick, twisted film making that is only a small step above actual snuff films. This Cinema is not palatable to all people, even devoted horror junkies, and that’s perfectly OK. Tex Massacre wrote an excellent negative review of A Serbian Film back when the controversial masterpiece was first making headlines. But despite the controversy this genre tends to attract, just like with all forms of pop culture there are crazy, adoring fans. They tend to look a little different than your average pack of Beliebers, but gore hounds are just as devoted. Exploitation follows the same role as any entertainment; if people didn’t watch it, then production companies wouldn’t make it.

The difference is people rarely excuse beliebers as psychopaths, or pop music of causing murder. The same cannot be said of gore films, which thought out their history have been accused of a variety of crimes. Japanese serial killer Tsutomu Miyazaki famously had copies of the controversial Guinea Pig series among his extensive video collection upon arrest. Sickos have a tendency to be attracted to these kind of films which unfortunately gives other fans a bad name. 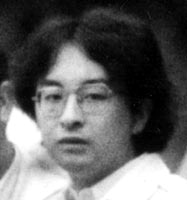 But for those of us who don’t have skinned cats in are fridge or flesh suits in our closet, scrutiny still comes. As far as name calling, from what I’ve heard at least, by far the most common term is creep. Well, I happen to be a huge fan of exploitation films, have written extensively on The Blood Shed about the works of genre pioneer Herschel Gordon Lewis, and The New French Extremity represent some of my favorite movies. By all accounts though, I don’t consider myself a creep. Overall, despite my tastes in entertainment, I think I am a fairly normal person.

OK, maybe not THAT normal. But that doesn’t change the fact that while I might be a little weird and more than a little eccentric, there’s never been a moment in my life where I had the urge to drown a puppy, make a mask out of human skin, or anything of that nature. Still though, should an uninformed individual view my shelf of DVDs and see a copy of Cannibal Holocaust, they’d probably label me a creeper at best, a psychopath at worst.

Your average person just can’t understand why a normal person could enjoy what they see as repulsive. Hell, a lot of people consider all horror flat out evil (The guys who wrote that article just saw A Nightmare on Elm Street 6. Imagine if they’d seen 120 Days of Sodom.) But for some reason the idea that us gore hounds are not normal, functioning people has been something the exploitation crowd has at least partially embraced. 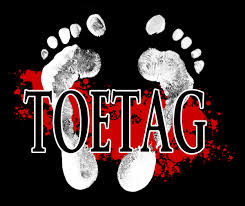 Much of this has to do with Toetag Pictures. Founded by Fred Vogel in the early 2000’s the company has become famous for their pseudo-snuff films, with some of the most realistic gore ever put to celluloid. While I am a fan of  Vogel’s work (the August Underground series is especially good: Ill get around to reviewing it on here someday) I do take somewhat of an issue of how he refers to his fans: sick fucks. The thing is Fred says this lovingly, as if being a sick fuck is desirable. The dude even sells beanies that say it right on the brim.

Personally, I don’t like any label that is applied to one group of people.  Metal-Head, Belieber, Gleek, whatever; I never got why every fandom had to have a stupid little nickname. Obviously though, sick fuck is a more subjective phrase than Twi-hard, and it’s not a term I necessarily want my name to be associated with. Frankly, if a stranger on the street saw me carying a copy Cannibal Ferox and called me a nasty name, I’d probably punch them in the nose.

However, even if I don’t like to advertise it, I probably am a bit of a sick fuck. I think anyone who sits in a theater to purposely terrify themselves has to be at least a little sick in the head, myself included. But I don’t think being a little weird is exclusive to horror fans. Just because I have a shelf full of exploitation films, just because I’m a sick fuck, that doesn’t make me any less normal than an old lady who has a shelf full of bibles. Hell, have you guys ever read the damn book? There’s some sick fuck stuff in there as well. 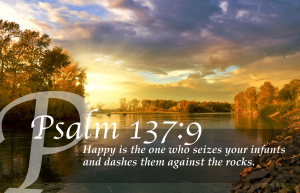 And they call me the weird one

Look, if you use binoculars to watch the local highschool cheerleaders practice, or wear long raincoats and a fedora around children’s playgrounds, than yeah, you probably are a creep. If your an otherwise normal dude who just enjoys exploitation movies, maybe your a little weird, maybe a tad eccentric, but  I think your going to be alright. On the flip side, if your the dumbass wearing a beanie that says sick fuck and wondering why people cross the street to avoid you, yeah, your not going to be getting a lot of sympathy from me or the horror community at large. There’s a big difference between being unfairly victimized and asking for trouble.

If your clothes are profanity free and people still judge you for your particular taste in entertainment? Fuck em’. Life’s too short to try and please everyone. Most of all though, if you take anything at all away from this article, be proud of your passions. Never feel ashamed because you love something, whether it puppies or gore movies. For better or worse, your loves and desires are what make you you, and that’s not something anyone should ever have to give up.

Jeff is a writer for The Blood Shed and eats, drinks, and bleeds horror. You can follow him on Instagram @Thatjeffreyguy.