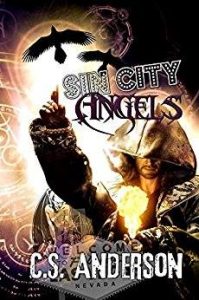 Not all angels have wings, and some carry uzis.

A few years back CS Andersen took a trip to Vegas. The city made enough of an impression on him to start writing a book called “Sin City Succubus,” a gem of solid American pulp writing. Which might sound silly to use the phrase “American Pulp” but there is literary tradition that stemming from America and it’s quite different from books spurned from the style of British seen in the penny dreadfuls, yes, penny dreadful was a type of pulp writing from the latter half the 1800s before it was a TV show. Raymond Chandler and David Goodis are American pulp and you can see their influence creeping to works of masters like Stephen King or Clive Barker.
What is awesome about CS Andersen’s work is it remains in a constant state of flux. Robert Jones is looking into why Angels are going on killing sprees in Las Vegas. Which if you are rolling your eyes in the wake of the events of shooter Stephen Paddock don’t. Most publishers would back down from publishing this novel given the subject matter. Additionally, the book was written before the shooting and Andersen is self-publishing. Despite that, I think it takes balls to publish the book even though most of America does not have a memory beyond the last sound bite. 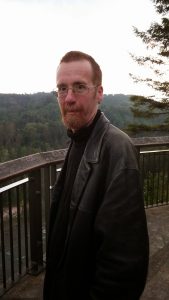 “Sin City Angels” starts out as a paranormal detective story. The main character, Robert Jones is a Sub Rosa, part human, part supernatural being, who gets pulled into capers due to his half-breed background. The amazing thing about this book is at no point can you guess what is going to happen next. If you look at the typical story structure this book has “that,” but when you think the plot is a simple “who done it,” it spins its gears and goes in a new direction, like the whole story becomes a hyperkinetic ride on jet fuel with more unexpected turns than some of the best bizarro novels out there.
What I love about this book is the same thing that I think will make it hard for many readers, which it does not easily fit into a genre box. It’s a mystery, it’s classic noir detective fiction, it’s humorous, it’s a fantasy novel, it’s at times surreal, and there is no way of predicting what happens next. These are all the things I love about a book, and above all, it’s well written. Which I think is something that gets lost when there is such a heavy push to satisfy a genre requirement.
If you thirst for something different, for something unexpected, for a wild ride into pulp strangeness, buy the ticket for “Sin City Angels” and take the ride. 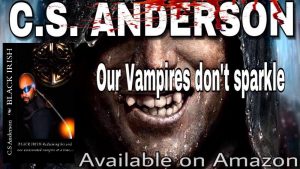 As no vampires should sparkle.