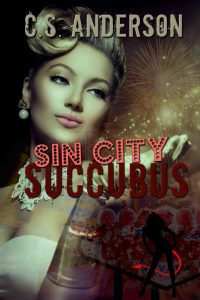 With succubi banned in Las Vegas, it falls on Robert Jones, a half human half warlock, to track down a succubus after she steps off a bus dressed as a nun. On her trail, he navigates a world filled with vampires, werewolves, goblins, and other creatures, and uncovers a dark plot that interweaves its workings with the devil himself, or in this case herself –in the form of an Asian girl in a Catholic schoolgirl uniform, you know, the hot uniforms.

Don’t let the description fool you. This book is NOT some piece of goofy fantasy smut bodice ripper. Alucard Press takes pride in their vampires “not sparkling,” and they follow suit with everything else they do. This book is a great piece of hard-boiled dark fantasy crime writing that takes you on a funhouse ride through the occult underbelly of Las Vegas. It reads fast and feels like Clive Barker’s “Lord of Illusion” (from the “Books of Blood” Vol. 6) but written on the other side of the looking-glass, with Warlock and Detective merged into one. You slip easily into the world created by Anderson and he takes you to the best and worst places The Strip has to offer. 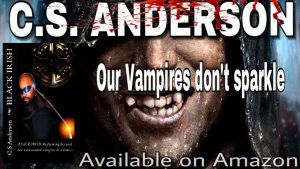 Robert Jones, the main character you kind of jump right into, he’s a half-breed warlock/human whose father wants to kill him. I know it sounds hard to relate to, but who hasn’t survived an assignation attempt from their father at least once? His world view and who he is, a guy in a Flogging Molly T-shirt being threatened by forces greater than him to produce, is what links him to the reader and the plot. Even though I made the comparison to Clive Barker, I hate myself for it, because while in some ways “Lord of Illusion” fits, it’s also all wrong. Anderson is about plot and pace. Don’t pick up this book without being ready to finish it. There is a ton of action. At no point in “Sin City Succubus” is there a boring moment. The dialog in this book snaps and bangs, and makes you laugh. That’s right, “Sin City Succubus” has another ace up her sexy sleeve –it is funny as hell. I mean, like put the book down for a moment, gain your composure, then continue reading funny. 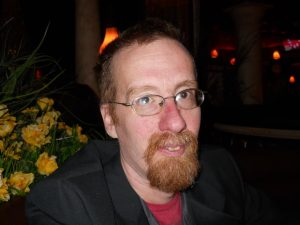 If you want to be that guy, who read the book before it was a movie so many years down the road, pick this one up. While nothing is in development, it won’t be long before the right people in Hollywood get hip to C.S. Anderson and his series of books, and he LOVES writings series. “Sin City Succubus” is book one of the next series he’s starting. He also has two other series of books “Black Irish” and “Dark Molly.”

“Sin City Succubus” wears the ultimate poker face, always unpredictable, always setting you up for what you don’t expect. It is the perfect blend of the occult and detective fiction.