Six… Sex… Sick… Midnight Movies From 2016 to Enjoy Over the Halloween Weekend!

6 Midnight Style Movies from 2016 to Enjoy Over the Halloween Weekend!

Six… Sex… Sick… Midnight Movies from This Year to Enjoy Over the Halloween Weekend!

If anything, this year has brought some titles that need to be seen deep within the witching hour… I put together a list of six titles (there are ton more to discover!) that not only you can see on VOD but pickup to add to your actually DVD collection… Each title offers unusual but connecting storytelling as well as a unique perspective into late night horror that drives you with impactful visuals, creep factor, FX and makeup, style, gore, sexuality, madness, presentation, kills or what the fuck!?!? Enjoy these titles and support horror in all of its dark corners whether domestic, indie or foreign… 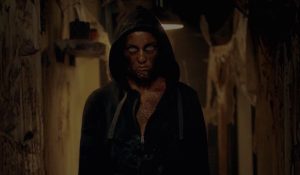 A bride to be in Casey is on her getaway before the big day! She has her reservations but is ready to settle down and take a bite out the married life. That is until something in the water takes a bite out of her. Dealing with the unknown, Casey and her friends come back home to see her world slowly falling apart as well as her body and mind transforming before her fiancés, friends, future mother-in-law eyes as well as her own. As the total changes set in from this bite, we realize that some urges need to be filled, some fears engulf you and the world that Casey knew is being replaced as a new role and calling is hatching before her.

This twisted cautionary tale and dark love story is about as much fun as you are going to find in modern day gory horror. Tons of environmental horror and practical FX/makeup from the damaged BLACK FAWN FILMS team up in Toronto. Convincing performances that not only connect but in this case, engross you as you watch a truly unique and disgusting film that revolts you but also cuts deep inside! Find out more at http://www.imdb.com/title/tt2776704/?ref_=rvi_tt 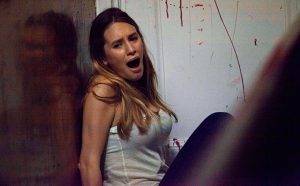 A spoiled rich girl and her stoner boyfriend squat in a condemned tenement in Manhattan. As they adjust to the very eclectic neighbors, roommates and the sleaze all around them, we see a change in the buildings tenants as the water source is tainted with a deathly mix that turns the residents into insane and bloodthirsty savages that are out to paint the walls red within this building that the city has forgot.

The most surprising film on this list for sure. The CONDEMNED makes you feel dirty watching the over the top acting, crazy action, gritty set and of course the tension that builds. This film has a message at the rotten core of it and shows heart within the darkness. If you like low budget infection cinema with very cool production values, Eli Gesner is your man and this is your twisted and very charismatic film. Find out more at http://www.imdb.com/title/tt3619102/?ref_=nv_sr_4

In the tradition of Bill Connington’s performance in the 2010 short film ZOMBIE, we meet a very lonely man in Jonathan. Keeping to himself and the source of rumors, his house is broken into by a pair of girls who both fall to a deadly fate. Jonathan must make a choice to what he will do with the pair of dead girls? Tell the police, notify someone or in the most common sense choice… to keep the girls and have a someone to care for him as a friend and maybe more. The problem is that she is decaying and so is his mind with each moment that goes by. Who would have ever thought a woman of any kind would be this much work…

I’m not sure where to go with this film but I do know I loved it! A true journey into the mind of the weird and sympathetic, actor Rob Zabrecky is brilliant as Jonathan. Joseph Wartnerchaney creates a bond and understanding with Jonathan as you feel for the guy. However, as the corpse expires, you also fall into his madness head long with a great use of FX, set design and tension. The practical FX and makeup make you cringe to go along with Jonathan’s home that is both creepy as well as very telling into the darkness and lonely life of the main character. Find out more at: http://www.imdb.com/title/tt2776704/?ref_=rvi_tt 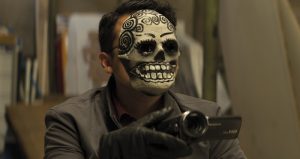 Playing by the rules just does not work. Never move up at work. Complacency with your incredibly hot wife. No respect from your kid and you need sex from other women… So, a frustrated account decides to take matters into his own hands by kidnapping, abusing and torturing a young girl who is the daughter of his boss. After reaching the levels he desires and puts the family through hell, he releases the young girl. With these events, each character goes through disturbing and emotional changes while the accountant raises through the ranks within the company. He also continuious to sleep with varies women, manipulating his wife and those around him. Recovering from the ordeal with her family, the young girl is affected in ways that no one would believe or expect and finds ways to take revenge.

Perhaps one of the most charismatic and twisted revenge stories from a master storyteller Adrian Garcia Bogliano, SCHERZO DIABOLICO is true lustful, sleazy and naughty thrilling horror cinema. Ample amounts of sex with incredible women. Holy shit brutal kills! Intense and smart detailed storytelling as well as incredible presentation and character development. You will not find better exploitation cinema with a twist that will drop your jaw! Find out more at http://www.imdb.com/title/tt3951730/?ref_=rvi_tt 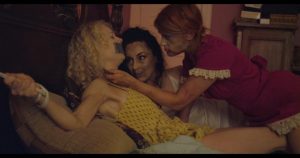 A disturbed woman name Mara who finds a living making horror films props will not let anyone get into the private side of her life. As her mind spider webs, she copes by being a black widow killing and creating life like dead dolls. When all seems stable in her disturbed world, a film producer named Kat hires her to work on a project only to fall for her in the process. As Mara’s behavior grows erratic, her mind snaps causing Kat to move away from her to another. It causes Mara to lose her grip on reality.

With influences from classic grindhouse cinema like MANIAC, this well-crafted and twisted love story features ample and truly disturbing kills. Screening at this year’s SLAUGHTER IN SYRACUSE Underground Film Festival, SOCIOPATHIA features a primarily kick ass female cast! This film tells a captivating story of a woman’s dark and sexual psychosis. Modeling her home as a blue print to her fractured mind, the film creates effective isolation against a canvas of blood from one of the most notorious woman of horror over more than a decade on the underground horror scene in Ruby LaRocca. Find out more at http://www.imdb.com/title/tt3899706/?ref_=nv_sr_1 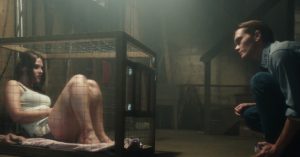 6.     THE GIRL IN THE PHOTOGRAPHS: Directed by Nick Simon (Slasher)

In the small town of Spearfish, we meet a young woman Colleen whose life is not all she thought it would be. Trying to get along, she starts to receive unsettling and brutal photos that no one will believe is going on until a big city fashion photographer shows up with entourage for the next shocking photo spread, inspired by the very photos that are causing the terror. Are they real… are they fake? As the killers and the arrogant photographer butt heads over the killer creative, we witness that not all photo shoots are staged but some are deathly real!

With influences from the late Wes Craven that are felt in each frame, sound, character and action, THE GIRL IN THE PHOTOGRAPHS is a favorite of mine this year! Putting his own fingerprint on the slasher sub-genre, director Nick Simon shows respect and care to cultivate a story that is laced with twisted humor, unsettling kills, mystery, uncomfortable psychosis as well as a third act that Michael Haneke would be proud of. Brutal, stylish and definitely a midnight movie for the charm and blood, Simon delivers a film that haunts you and makes you love the slasher genre again! Find out more at http://www.imdb.com/title/tt3826866/?ref_=nv_sr_1

Please make any suggestions or comments in the field below! Thanks for reading and watch if you dare!

10
Six… Sex… Sick… Midnight Movies From 2016 to Enjoy Over the Halloween Weekend!
SHARE THIS ARTICLE
No Comment