Nightmare on Elm Street purists who were at first indignant about news of a second series reboot and then elated by word that Robert England would return to reprise Freddy Krueger, I’ve got bad news for you: You’ve been punk’d!

I’ve been on the forefront of the Nightmare reboot debate since I published a list on August 7: Top 10 Actors Who Should Play Freddy Krueger in the “Nightmare” Remake. While most readers realized it was all in good fun and were happy to weigh in with their own suggestions, a huge percentage of fans didn’t want to play my game. The very idea of someone besides Robert Englund playing Freddy Krueger seemed too offensive to even ponder.

Over and over, I read variations of the same comment: No one besides Robert Englund could ever play Freddy—essentially, Robert England “is” Freddy! And while I adore Englund’s ironic portrayal of Krueger, I was stunned by how adamantly resistant people were to the idea of change. Of course, the horrid 2010 Nightmare remake didn’t give fans much to be optimistic about, but I still believe that most are trapped in a prison of their own nostalgia.

After scolding some commenters about their fear of change regarding Freddy Krueger, I was contact by Facebook user Nickel Yeomans saying: “Just saw a thing saying Englund signed on for Freddy in the reboot. U mad?” My reply: “Nope! Obviously you didn’t even bother to click the link!” 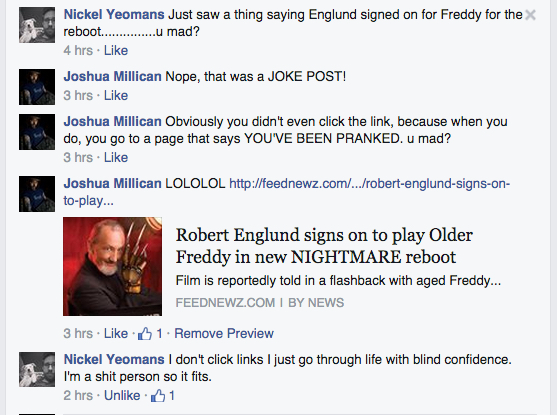 The “thing” Yeomans was referring to is an article that was blasted across Facebook that ran under header: Robert Englund signs on to play Older Freddy in new NIGHTMARE reboot. This sent those Nightmare purists into a celebratory tizzy fit—at least those who took the post at face value. It only took a single click to see that it was a prank! 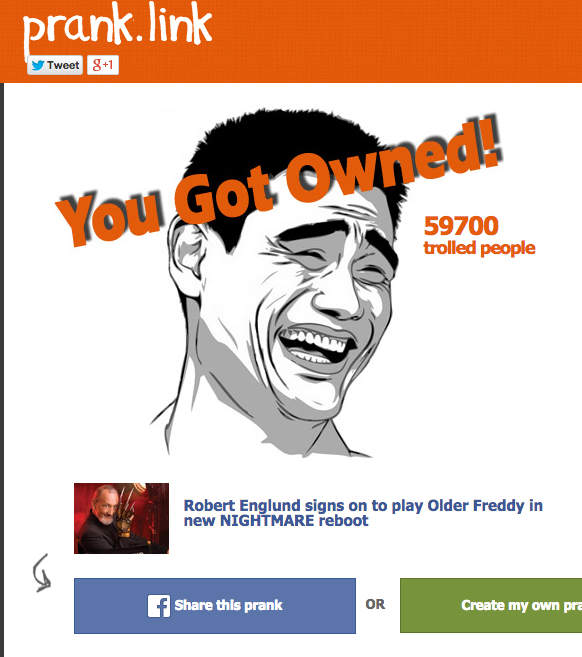 Horror blogger Nick Meece, who writes for Morbid Much, prefers the term “Social Experiment” over “prank”; that’s because he’s the guy who started it. Meece came clean in a post that ran this morning, explaining:

“I created the fake “article.”  I didn’t do it as a joke, though.  It was more of a social experiment.  I wanted to see how many likes and comments and shares it would get by people who strictly went off the headline alone.

Many fans knew it to be fake — and good for them.  But I will admit that I was shocked at the amount of people who liked and commented on the post(s) and honestly believed it.  All it would have taken was ONE CLICK to see if it were true or not.  Therefore, I can’t even really call this is a click-bait scheme, because it technically wasn’t — it was more of a catchy-headline-share-now scheme.  And it worked.

To those of you who fell for it, I truly am sorry.  It was just an experiment, nothing more.”

Those who might be bitter at Meece for getting their hopes up really only have themselves to blame. Taking anything “news related” on the internet at face value is risky, but folks who can’t even be bothered to click on a link to verify that what they’re reading is real, well, you get no sympathy from me! 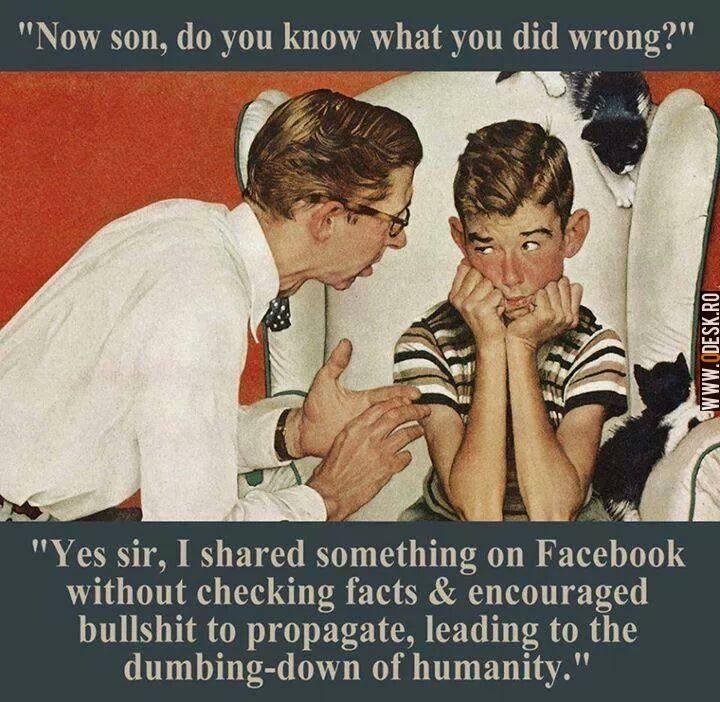 And for all of you Nightmare on Elm Street fans who are still resisting the idea of a non-Englund Krueger tooth and nail, I implore you one last time to move into the future.

Think about this: A Nightmare on Elm Street and Freddy Krueger have the potential to evolve into something more than just a chapter in horror movie history; it’s a story and a character with legendary potential. I’d like to see Nightmare evolve with the times in order to captivate new generations. In a couple hundred years, Freddy could be bigger than Count Dracula—but only if we accept someone else in that role. Even if Robert Englund wasn’t sick to death of playing Freddy and was willing to reprise the role ad nauseam, the man isn’t going to live forever.

Some say they’d rather the Nightmare franchise peeter out and die rather than allow anyone else to play Krueger. To those, I say: Quit being so selfish! Remember, Bela Lugosi, Christopher Lee, and Gary Oldman all did a fantastic job portraying Dracula; each brought unique qualities to the role. It’s not a competition! And besides, do you honestly believe Wes Craven wrote Freddy with Englund in mind? Of course not!

With so much knee-jerk hatred aimed at remakes these days, I doubt anything I say can cool this debate. But whatever your opinion is about this particular reboot, opining will only get you so far: It will happen. Someone else will play Freddy Krueger.

Get used to it.

Were you fooled by the Meece’s “social experiment”? Are you open-minded about someone besides Robert Englund playing Freddy in New Line’s upcoming remake? Sound off in the Comments section! 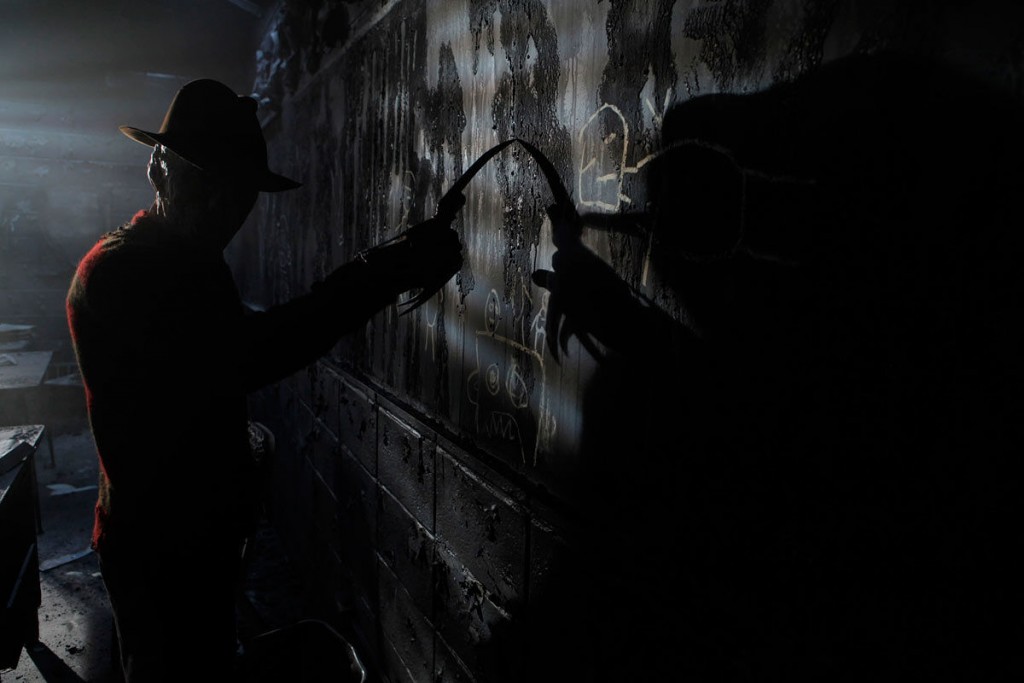