A spoiler-free review of the 2015 film 'Southbound'

Southbound can be viewed as an anthology film that interlocks five grueling, terrifying stories into one. Each segment is just as thrilling as the last, with a star-studded cast and crew. The film is very fast-paced and immediately draws you in from the very first scene.  All the stories seem to deal with a character’s dark past coming back to haunt them and all revolve around a mysterious and secluded down in pretty much the middle of nowhere. 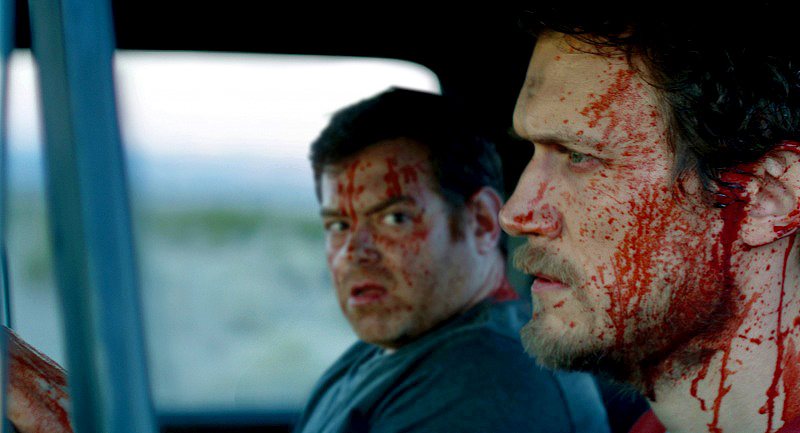 The introductory segment entitled ‘The Way Out’ is an exciting, thrilling piece that pulls you right into the mix of things with two young men trying to escape a weird town as well as the demons they dealt with the night before. It’s a very creepy, raw and alarming story that’ll puzzle you yet make you want more.

In the second rather haunting tale entitled ‘Sirens’ we meet an all-female rock band traveling to their next venue when they experience a flat tire and are helped by an odd yet friendly couple who take them in. This segment is quite eerie and weird but still keeps the film moving.

Next, in ‘Accident’ we are introduced to a man traveling across the country when he accidentally hits a young woman and must save her life with the help of a 911 dispatcher. This bit is by far the most bone-chilling, disturbing and grueling part of the movie and will definitely leave a mark on you.

‘Jailbreak’ is the film’s fourth segment in which an older man is frantically searching for his long-lost sister and is not met with the answers he hoped he would receive. While this story is the most strange and a little sloppy it still will leave you feeling uneasy.

The fifth and final segment is ‘The Way In’ which follows a family about to send their teenage daughter off to college and a group of intruders try to break their way in. This segment is reminiscent of ‘The Strangers’ and will most likely leave you breathless as it offers a way to tie the film up.

Overall, Southbound is a very fun and nerve-racking watch and definitely does not disappoint. I loved how each segment fit together and transitioned nicely into each other. I am giving the film a 4/4 and would recommend it to any and every horror fan, not just those who like anthology films either.