‘Split’ Between Belief And Survival

A Spoiler Free Review of 'Split'

Casey Cooke (Anna Taylor-Joy) had just finished attending an awkward birthday party when her life is turned upside down.  Casey, along with Marcia (Jessica Sula) and Claire (Haley Lu Richardson), are kidnapped by the mysterious Kevin Wendell Crumb (James McAvoy).  Through a psychiatrist, Dr. Karen Fletcher, (Betty Buckley), we’re given a glimpse into Kevin’s mind.  Because he has 23 other personalities, he will be a difficult adversary to the girls.   The media has dubbed this threat ‘The Horde.’  A new personality, The Beast, is rumored to have superhuman strength, speed and a craving for human flesh.  The Beast is coming for Casey, Marcia and Claire.

M. Night Shyamalan uses psychological intrigue and suspense to his advantage here.  He keeps the story flowing as he alternates between the victims’ distress and what we learn about Kevin through Dr. Fletcher.  I think this entry works because the plot is kept simple.   There’s no mupltiple twists in previous films like The Village Or Lady In The Water. There is a bit of psychological discussion in the film.  It adds to the story without confusing the audience. The suspense comes when we learn what Kevin has planned for the three girls.  This was one scary look into someone’s mind.

Anna Taylor Joy was great as the reluctant hero.  We’re told Casey’s ‘difficult’ in school.  After being taken, she knows she can’t give up.  She shows emotions such as anger and fear without being too typical.  Sula and Richardson aren’t given too much to do other than scream and panic in their scenes.  To be fair, anyone put in their position would probably do the same thing.  McAvoy is the one who stands out the most.  It was impressive to see McAvoy use his voice and body language to become the other personalities.  Each one has a trait that catches you off guard.  You’re not sure if you should trust or hate them all.  True to a Shyamalan film, the more I talk, the more I’ll give away.  I’m just going to say keep a sharp eye out for a special cameo near the end. 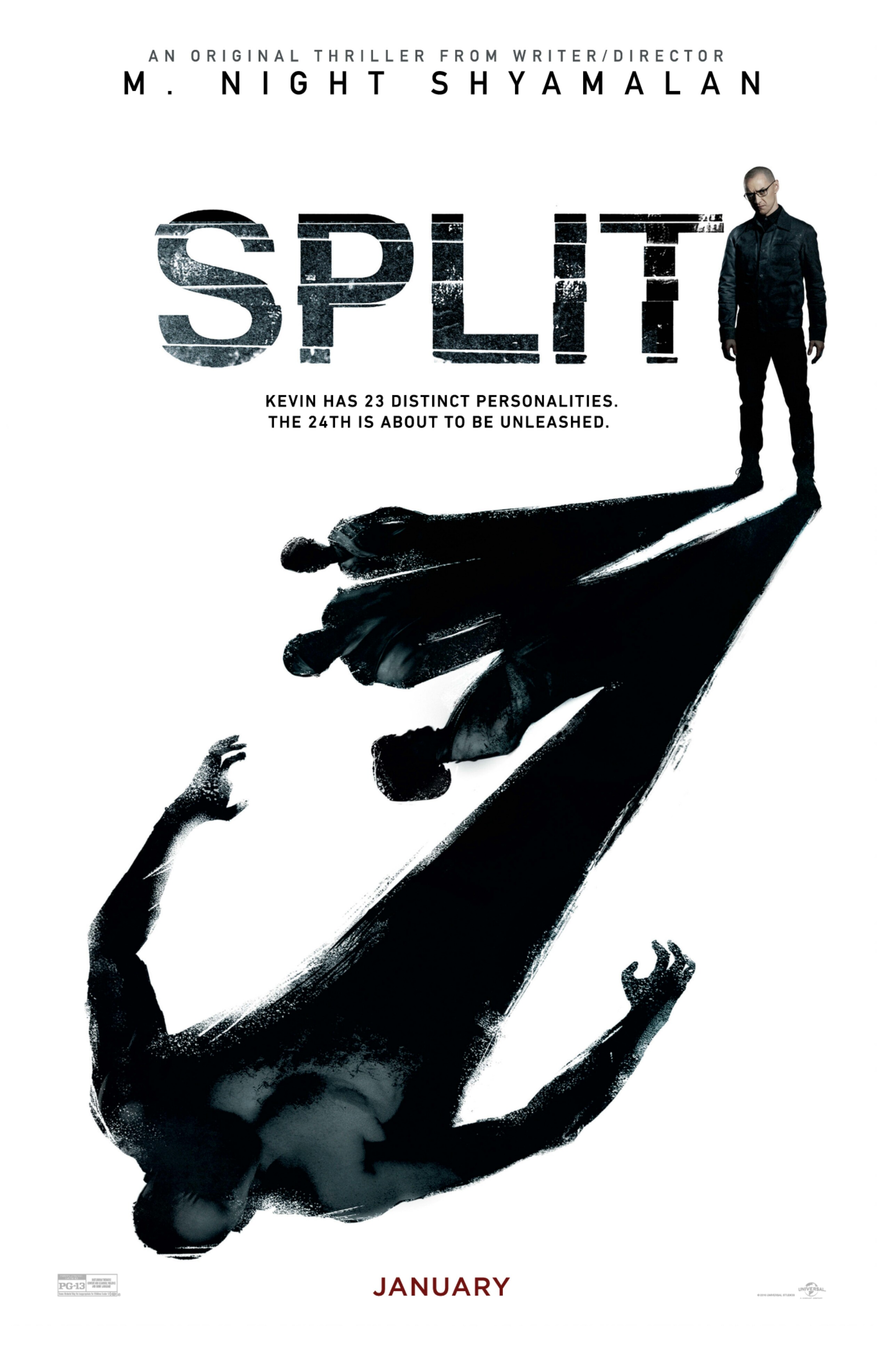