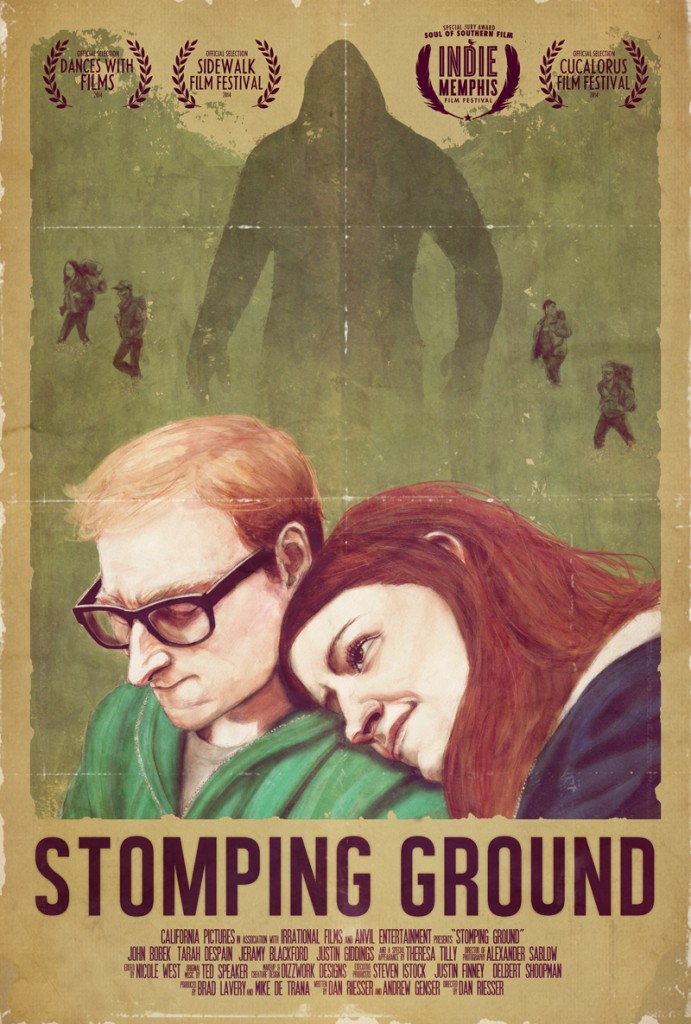 Here is a brief synopsis of the film.

Ben and Annie, a young couple living in Chicago, take a trip to Annie’s hometown in North Carolina. At a local bar, they run into one of Annie’s old friends Paul that she used to hunt for Bigfoot when they were kids. In an impromptu trip in the backwoods to search for the creature, Ben realizes Paul may have an ulterior motive for bringing Annie into the woods, and even though he doesn’t believe in Bigfoot, something real is lurking in the woods.

Riessar stated “Everyone from team Stomping Ground is thrilled to finally get to unleash our film into the world. Every member of the cast and crew worked really hard bringing it to life. We hope folks enjoy our different sort of Bigfoot creature feature.”

The film stars include John Bobek, Tarah DeSpain, Justin Giddings, Jeramy Blackford, and a special appearance by Theresa Tilly from the 1981 classic The Evil Dead.

Stomping Ground is now available on the BrinkVision.com website, and comes with a signed poster and postcards. You can check out by clicking here.

The cast and crew of Stomping Ground will be in attendance of a special screening tonight in Pasadena, California at Laemmle’s Playhouse 7. You can still be part of the event by clicking here.