Story Behind Eli Roth Produced “Clown” May Shock You

How to Succeed in Filmmaking: Lie.

The horror movie Clown, produced by Eli Roth, is getting great reviews overseas, where it was released in Italy on November 13, 2014 and in the UK earlier this year on February 27th. But even though this is an American film, for the time being at least, Americans can’t see it. Dimension Film, who acquired the international distribution rights, has yet to announce when and how (Theatrical Release, VOD, DVD) Clown will debut in the US. 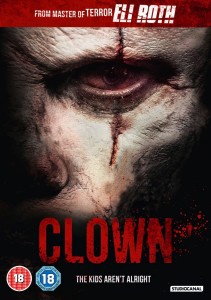 As a fan of all things Eli Roth who’s unfortunately (in this case at least) an American, one who doesn’t pirate movies or own a multi-regional Blu-ray player, I’ve just been sitting here twiddling my thumbs, anxious to see what hordes of horror fans are raving about.

As I resist the urge to expatriate, I decided to kill some time and ease the suffering of my fellow impatient Americans by discussing the backstory of Clown, which is very interesting by itself.

If writer/director Jon Watts were to teach a course on How to Succeed in Filmmaking using his movie Clown as an example, it might all boil down to one controversial albeit effective tactic: Lie. Okay, maybe “Lie” is too strong a word; perhaps the word is “Fib” or “Fabricate” or maybe even “Fantasize.” If I were an entertainment lawyer, I’d probably use the word “Falsify”. Allow me to explain.

Jon Watts and co-writer Christopher D. Ford created Clown as a “faux trailer”, meaning they made a trailer for a film that didn’t exists. This practice is usually employed by budding filmmakers as a joke or a physical manifestation of wishful thinking. 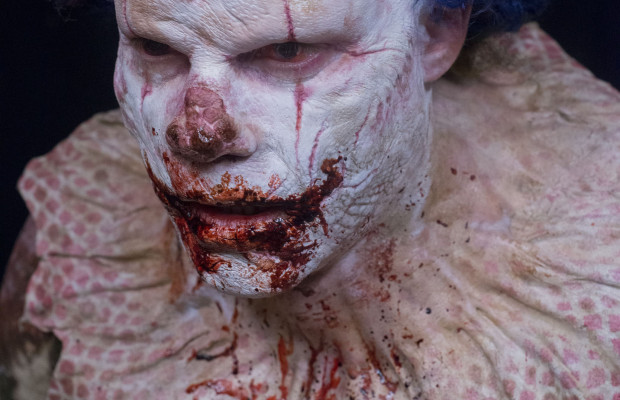 Quentin Tarantino and Robert Rodriguez took faux trailers to another level, including them in their Grindhouse movies, where they appear like leftovers of lost films from the 1970’s. When Rodrigues decided to turn the faux trailer for Machete into an actual film (and eventually a franchise) filmmakers suddenly saw them as an opportunity to pitch potential projects. As opposed to a sales demo, a faux trailer puts the film in a future historical context, creating an illusion of guaranteed success (something that might be pleasing to movie producers on a subconscious level). In the You Tube era, filmmakers can put faux trailers in front of a huge audience, where anything that goes viral is instantly bankable.

So while what Watts and Ford did wasn’t original, per say, the way they presented their faux trailer broke the rules—literally. Check out the faux trailer for Clown, released on You Tube in 2010, below.

The first thing that sets this faux trailer apart from pack is the film quality: It’s superb. Nothing about this feels “faux” in the slightest. Kicking it off with an MPAA rating screen is something I’ve never seen before and adds instant legitimacy to what follows. Also adding to the illusion of validity in the above trailer for Clown: Lies, lies, and more lies (or are they fibs?).

After the MPAA screen, we see logos for Lionsgate and Screen Gems studios. Lies, obviously, as this is a trailer for a film that didn’t exist at the time, but also a brilliant tactic for creating false realism. The biggest lie of the bunch (and the crux of this article) pops up 26 second in with a screen proclaiming Clown is “From the Master of Horror Eli Roth”.

Well now they’ve just gone too far, am I right? It’s one thing to use logos from major faceless corporate studios to further your cause (brazen and potentially illegal, but still) and another thing all together to use the name of a well-known producer who’s working on a slew of legitimate projects. Something like this could draw attention away from his real ventures—not to mention associating him with something potentially litigious. I mean, they must have known Roth would see this—or was that their plan all along?

I’d love to find out what was going through Watts’ mind when he released his faux trailer back in 2010. Unfortunately, attempts to contact him through his agents at CAA and his personal Twitter account were unsuccessful. But we don’t need to Watts to tell us what happened next because it’s obvious: Clown is now a real movie, and it was produced by Eli Roth. If you ask me, this story is nearly unbelievable.

When Eli Roth did catch wind of the faux trailer using his name/reputation, he responded with curiosity rather than anger. He gave the trailer a viewing, and the rest is history.

Back in 2010, when Deadline first reported on Clown, Eli Roth’s response was nothing short of amazing: 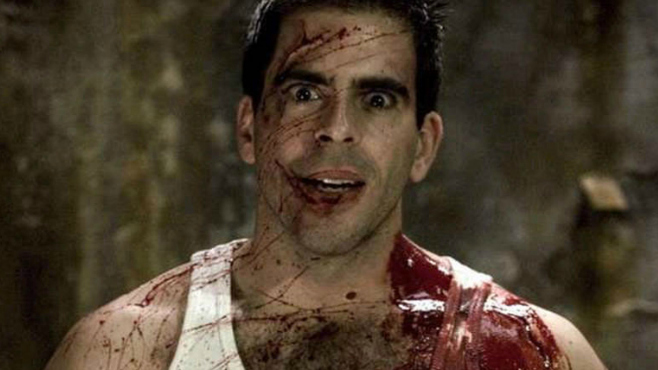 “I loved how ballsy they were, issuing a trailer that said, ‘From the Master of Horror, Eli Roth.’ Some people thought I’d made the movie, or that it was another fake Grindhouse trailer. The first thing they said was, ‘Thank you for not suing us, but I told them, ‘This is Hollywood, and while it’s tradition that every movie eventually ends up in a lawsuit, you only sue when you are fighting over profits. It’s no fun to sue before there’s any money.’ But I really felt these guys deserved a shot, and that people are truly freaked out by evil clowns. It’s new territory to make this a version of The Fly, where this guy can feel himself changing, blacking out only to find blood all over his clown suit. You’re sympathetic toward a monster until the monster actually takes over.”

A warning to budding filmmakers who may now be in a hurry to produce a faux trailer of their own: I doubt many (if any) other established film producers would respond like Roth did (I mean, is that guy cool as fuck or what?). I doubt David Lynch, David Cronenberg, or Steven Spielberg would be as forgiving and supportive, so think long and hard before doing anything with potential costly legal ramifications.

While some may feel that what Watts and Ford did was underhanded, there’s simply no arguing with the results. At the end of the day, I’ve got to tip my hat to those guys for taking risks and thinking outside the box. Whether or not this will set a seriously slippery-slope of a precedent remains to be seen. It’s like getting a chance to pitch to a big wig, which is awesome, but if he doesn’t like it—you’re going to jail!

Now if Dimension would quit dicking around and release Clown Stateside, I’d be able to weigh in on the film itself. We’ll update you on US release dates as they’re announced.

Below is the official trailer for the actual film Clown (2014).

Official Synopsis: A loving father finds a clown suit for his son’s birthday party, only to realize the suit is part of an evil curse that turns its wearer into a killer.

What do you think about the backstory of Clown? Sound off in the Comments section!