The most venomous spider in the world may be closer than you realize.

Spiders are an air-breathing arthropod with a wide range of activities, behaviors, and diet. Spiders are also one of the most feared species on the face of the planet.

While some may just look intimidating, many are highly venomous. Some spiders are social, while others use deception to capture prey, even devouring their own mates.

There is one terrifying arachnid that you should avoid encountering, and it may be closer than you realize.

Phoneutri, commonly known as the Brazilian Wandering Spider, is found in the tropical regions of Central and South America. 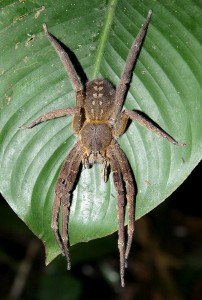 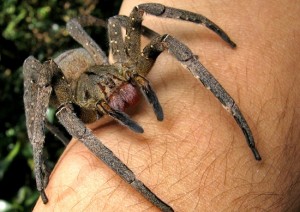 The spider gets its name because it wanders the floor of the jungle at night. Rather than maintaining a lair or web during the day, the spider hides under rocks, in termite mounds, and they love to hide in banana plants.

This spider isn’t just a problem for humans that live near a jungle region. Countries like Costa Rica ship bananas containing these spiders all over the world. 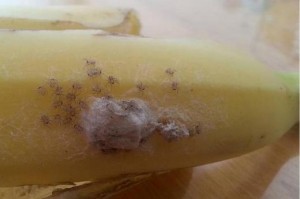 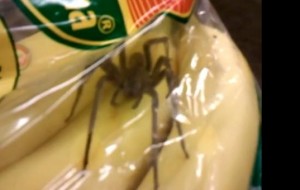 The spider’s venom contains a potent neurotoxin which acts as a broad-spectrum calcium blocker inhibiting glutamate release. Recognized by The Guinness Book of World Records as the most venomous living spider in the world, the question of toxicity for humans depends on how much is injected.

In low concentrations the neurotoxin causes intense pain and inflammation. Higher concentrations will cause loss of muscle control in the respiratory system, eventually leading to paralysis and asphyxiation.

The venom of this spider may also cause priapism, a medical condition that can lead to impotence. The Tx2-6 component of the venom is currently being studied by scientists to learn more about erectile dysfunction.

One way to spot these unwanted visitors is their defensive posture. When threatened, the Phoneutria holds its frontal legs high exposing its under body, and rocks back and forth with its hind legs in a locked position. 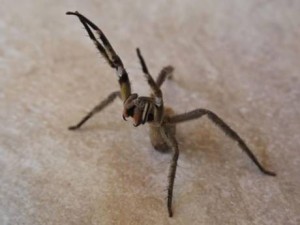 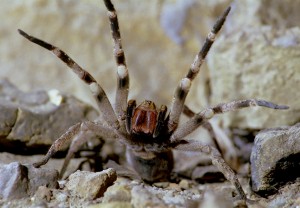 Have you ever seen the Brazilian Wandering Spider? Let us know in the comments section.