The Internet’s Most WTF Video Explained!

Who (or what) are Snuff Puppets? 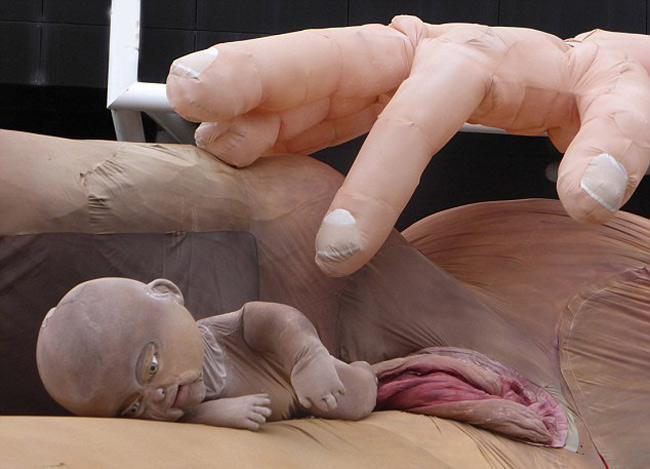 An utterly bizarre video has been perplexing and unnerving web-surfers for month; if you spend any time at all time in Facebook groups dedicated to all things creepy, you know exactly which one I’m talking about:

We see children and parents at play around a humongous undulating (and naked) giant.  Everything about this situation is captivating and confusing.  As the video progresses, the giant gives birth to a monstrous infant; as the newborn attempts to feed, the giant’s breast detaches and sprays the crowd with milk…

The fact that this video is presented without any context is part of what makes it so mysterious, but seeing it resurface time and time again got me curious.  What exactly is going on here?  Where is this taking place?  Why is everyone acting like this is totally normal (as opposed to fleeing in abject terror)?

The video making the rounds is only a clip of a longer video that not only explains what’s happening, but continues on with even more disturbing vacillations.  Eventually the giant deconstructs, with each body part and organ seeming to act of its own accord, before literally decomposing before our eyes.  Ladies and Gentlemen, connoisseurs of the nightmarish and surreal, take a gander at “Everybody” by Snuff Puppets.

Snuff puppets is an Australian theater company based out of Canberra, an offshoot of The Splinters Theater of Spectacles. Per Wikipedia:

The company tour nationally and internationally with both indoor and outdoor shows. Snuff Puppets combine the elements of puppetry, live music, visual and physical theatre. The company refers to its “roaming acts” as “interventions” as Snuff Puppets specialize in creating mayhem in the streets, playing with traffic and shoppers.  Subjects that are considered taboo are tackled, with “a vulgar, irreverent, gratuitously violent and a comic sensibility”. Realtime Magazine wrote that Snuff Puppets have a “commitment to pushing bad taste to its extreme”.  Snuff Puppet elements: “a blackly dangerous humour, an incisive political satire, shamelessly handmade visual aesthetic; populist, free, joyous conflagration of art, audience and artist.”

Everybody is described as “an exploration of the human condition from birth to death and a metaphorical, metaphysical and magical investigation of the body.”

Damn, Australia, you guys got some crazy shit going on Down Under!  Props indeed!

Had you seen this bizarre video?  What do you think about Snuff Puppets?  Sound off in the Comments section! 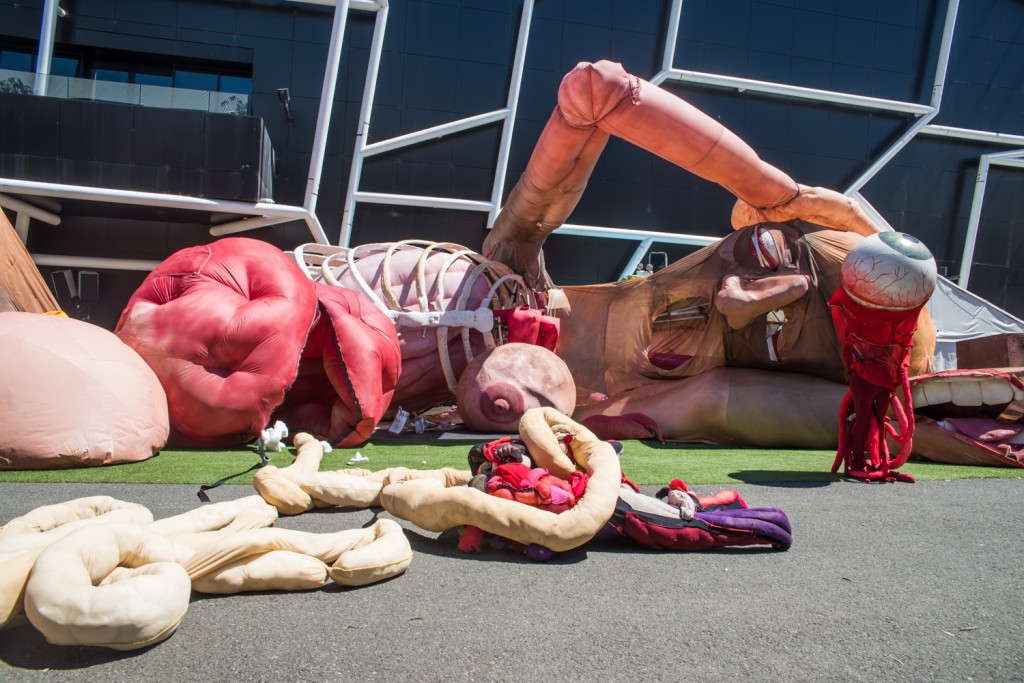