The Nightmare: a terrifying documentary on Sleep Paralysis 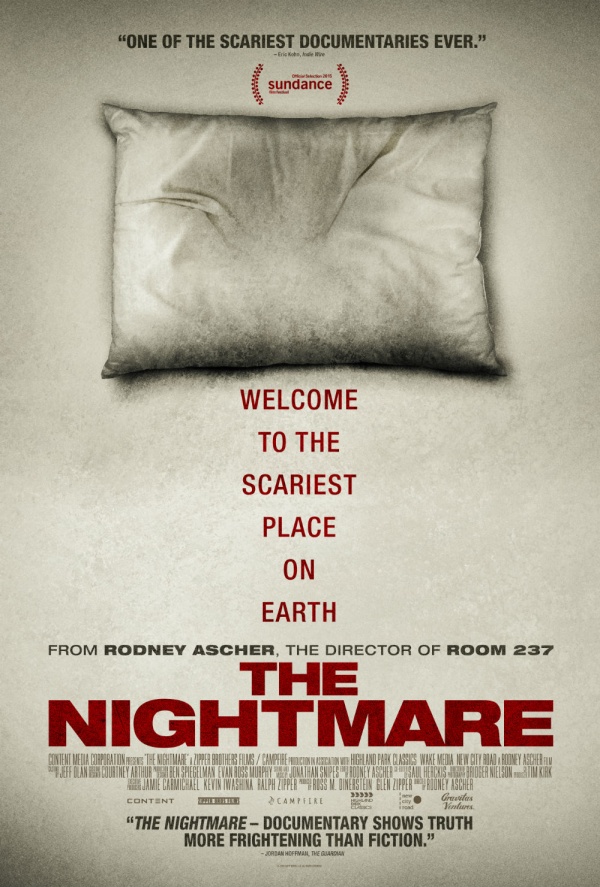 Sleep Paralysis was something that plagued most of my teenage years. I never even knew it was a thing until I was in my early twenties. I had just thought perhaps I was weird or crazy and just not sleeping right. Finding out others experienced the same horrifying episodes as me was both enlightening and rightfully creepy at the same time. So what is Sleep Paralysis? It occurs either during the process of waking up, or falling asleep in which the individual experiences the inability to move and speak thus feeling paralyzed. During the paralysis it is quite common for people to experience terrifying hallucinations and the feeling that something or someone evil is in the room with them.

Naturally, when I heard that a documentary was being made about Sleep Paralysis, I was immediately intrigued. I feel like anything more I can learn about it, perhaps the better chance I can prevent it. However, I have only experienced Sleep Paralysis once in the past few years, the last episode was scary enough to make me never want to have it again. (If you’d like to hear about my last experience, I will post it on the bottom of this review). 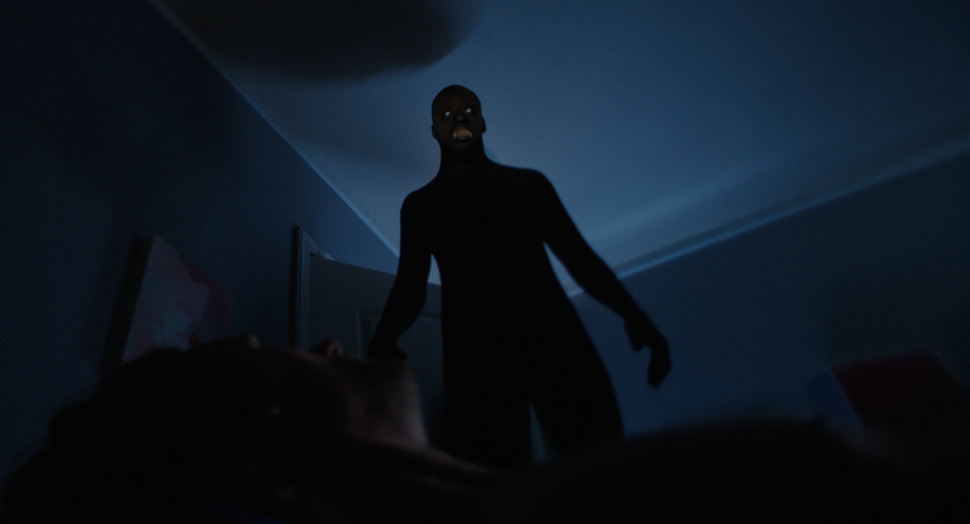 The Nightmare takes into the account of eight different people’s own experiences with Sleep Paralysis throughout their lives. Most of the people chronically have episodes with some even experiencing them as children. Whilst the people explain their stories, they are reenacted with actors and the results are truly horrifying. Many of the episodes feature a black-shadow like creature hovering around the bed/bedroom (which is something I remember being featured when I frequently had Sleep Paralysis as a teen). The reenactments seemed perfectly crafted as they matched the person’s personal account to a T. It was like watching several short, horrifying horror films during one movie.

The documentary also goes into depth on accounts of Sleep Paralysis in other countries and into ancient history. It is amazing to see how it is incorporated into art and how it weaved it’s way into the entertainment industry.

Although the film features the eight subjects explaining why they think Sleep Paralysis occurs, I would have liked to have seen some more research and perhaps some opinions from scientists, doctors, psychologists, etc. But the film seemed mostly focused on the people’s personal accounts and how they are perceived themselves so it makes sense why they did not include any outside interviews.

For anyone who has experienced Sleep Paralysis I highly recommend them watching this documentary. As for those who have not experienced it, I still highly recommend viewing this documentary as well– it is still scary whether or not one can relate to it or not. My boyfriend who watched it with me, some one who’s never once had Sleep Paralysis was still significantly freaked out from the film and is now quite terrified of ever having it (rightfully so.)

The Nightmare is very well directed and crafted in a dark, surreal yet very real way to both peak and hold your interest throughout the film. Each person’s stories are both unlike and alike at the same time, some more terrifying then others. The special effects were definitely spot-on and seriously flawless. The mood felt in the film was very creepy and the ending left me with a weird, uneasy feeling.

The Shadow People is a horror movie about Sleep Paralysis if anyone is interested in a non-documentary version of it. There are also several books on the subject as well. I am glad this phenomenon is finally gaining more recognition and hopefully some viable explanations come into play in the near future.

My last experience with Sleep Paralysis occurred a few months ago. It was my first time having it since I was a teenager: I was lying there, trying to move, trying to wake up. I heard the back door to my house slowly creek open. Almost immediately, I knew something evil was in the room with me. I was trying so hard to wake up, to alert my boyfriend that something was there. I was trying to move my pinkie, perhaps to touch him to make him just wake up. I tried talking, but nothing would come out. I felt my vocal cords trying to make a sound but it was like I was mute. I could feel the presence hovering closer and could see light coming into the room. I tried to open my eyes more to see it, despite how scared I was, I wanted to know exactly what it was. Then I woke up, practically panting and immediate relief was felt. I had escaped it and was okay.