The ‘Supered-Up Monster Kids’ Are Here To Fight Evil

It appears kids will always be drawn to Horror.  Although they are deemed too young, kids want to read Horror comics.  One writer is set to release a comic book series that kids can enjoy.  The Supered-Up Monster Kids, written by Kevin M. Glover, tells the story of how four normal kids become scary super heroes such as Draculad, Frankenteen, Mummy’s Girl and Zomboy.

The illustrations will be done by Egyptian artist Mohamed Fouad, with Spanish artist Juanfran Moyano doing the cover of the comic. The 20-page debut issue will premiere at the Scream LA Horror convention at the Pasadena Convention Center on August 6th and 7th.  The book can be ordered online at FracturedScaryTales.com.  I think this comic may be onto something.  I love the tongue-in-cheek approach for the comic.  You can see a sneak preview of the comic below. 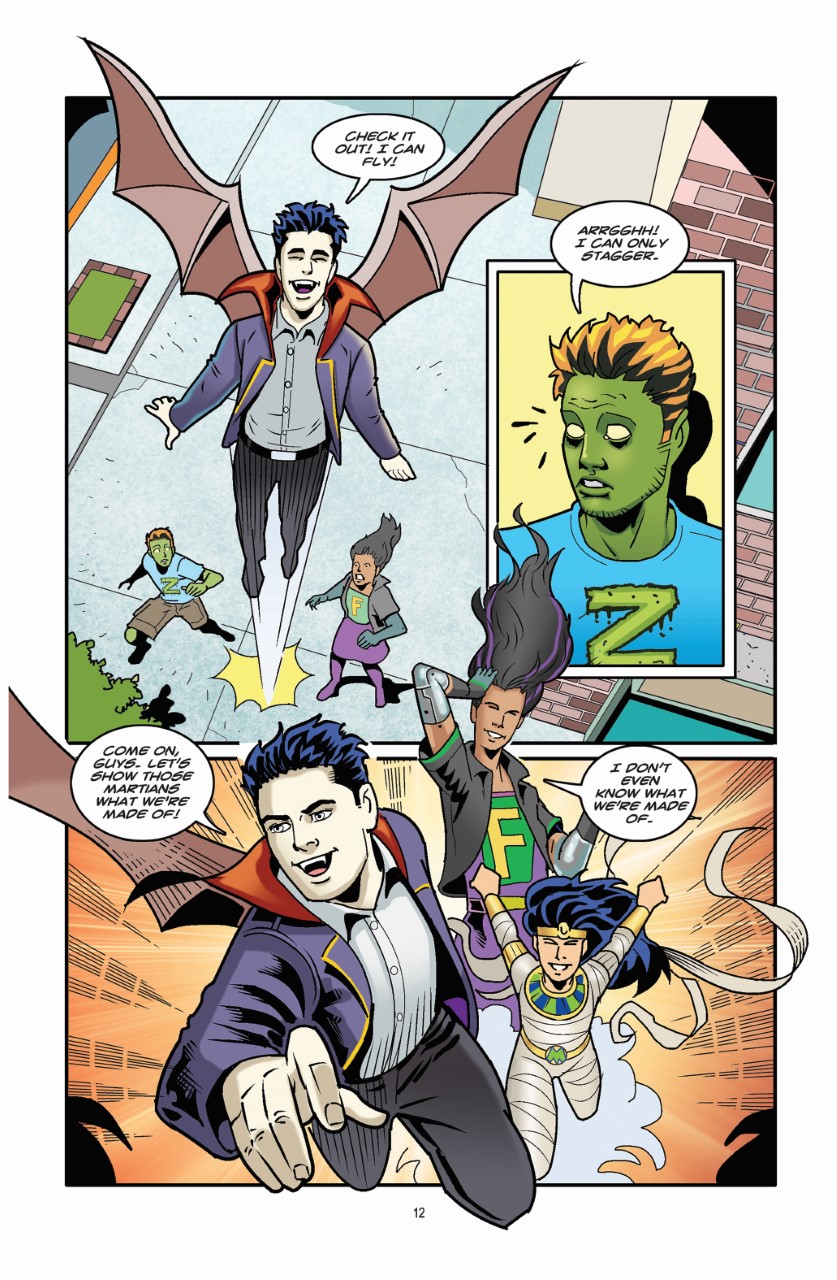