Learning the science of decomposition at the largest death research facility in the United States.

You smell it before you see it. Dozens of corpses, decomposing in the sun, picked over by vultures. Notes of overripe cheese, spoiled meat, and a pungent sweetness swirl together in the distinctive bouquet of “the body farm.”

Its official name is the Texas State Forensic Anthropology Center. It sprawls across 26 acres of Texas Hill Country and is the largest decomposition research facility in the United States.

Here, forensic anthropologists study what happens to the body after death. Their research is used by law enforcement to determine the time of death of murder victims, by border patrol agents to identify the remains of people who died attempting to cross the border into the US, and to train police officers, canine handlers, and medical personnel.

The actual process of decomposition after death is remarkably uniform. Though the specific microbes, insects, and larger scavengers may vary according to location or weather, the process always follows the same steps.

First, toxins build up in the cells of the body. This accumulation of toxins causes the cells to rupture, leading to a phenomenon known as “skin slippage,” wherein the skin sloughs off the body. The fluids released by the ruptured cells serve as a rich breeding ground for bacteria. Millions of bacteria, particularly in the gut, multiply unchecked and produce gases that cause the body to bloat. 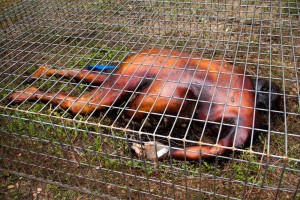 These gases produce that pervasive smell. Flies are attracted by the aroma and lay eggs, which hatch in the bloated flesh. As microbes consume all the usable nutrients in the body,  the bloat subsides. The remaining fluids in the body leak out, leaving a distinctive dark discoloration on the remaining skin. 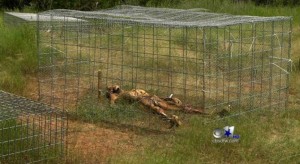 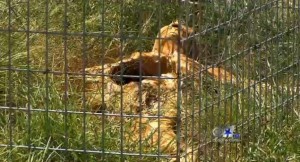 The corpse begins to shrivel. As insects continue to breed and feed, they consume the skin and what is left of the soft tissue. Eventually, only a skeleton is left. 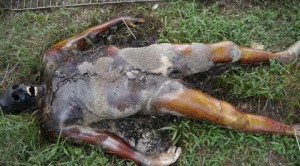 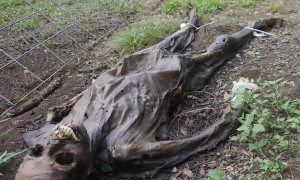 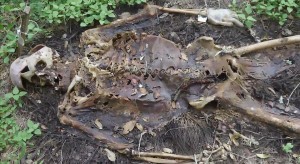 It is said that dead men tell no tales, but these bones can actually be very informative. Diseases such as syphilis and tuberculosis leave their distinctive mark on the bones of the dead. Childhood diseases or malnutrition affect skeletal growth patterns. Certain athletic activities change bone structure. Obesity causes the vertebrae to fuse together, visible long after the flesh decays.

Using these clues, scientists at the Forensic Anthropology Center can make determinations about the lives of the people who left those bones behind – even if they have been dead for centuries. Research continues at “the body farm” to explore the secrets of the dead.

If you would like to be a part of this advancement of knowledge, consider donating your body to the Texas Forensic Anthropology Center. Information on the body donation packet can be found by clicking HERE.